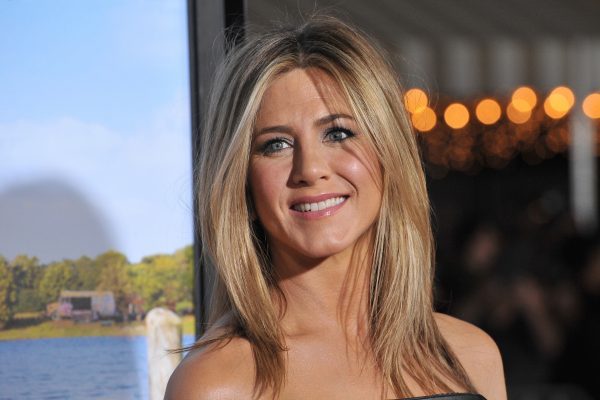 Jennifer Aniston is the celebrity making best use of non-surgical procedures, according to new research.

Conducted on behalf of CCR Expo, the independent study asked over 100 dentists, surgeons, doctors, nurses, dermatologists, and practice managers working within UK aesthetic medicine to suggest people in the public eye who are  using non-surgical aesthetic procedures procedures to the best effect.

The experts concluded that 48-year-old Jennifer Aniston is using aesthetic procedures very well as she ages – securing 15% of the nominations.

Aniston was closely followed by Jennifer Lopez, Cheryl Cole, and Kylie Minogue who each gained 11% of the votes.

They all beat the Kardashians, nominated by 8%, and Victoria Beckham and Amanda Holden, who secured 6 and 5% of the votes, respectively.

No male celebrities made the top 10 list; however, Robbie Williams was the only male candidate put forward by the experts, with  a single nomination.

‘Celebrities have quite a big influence on how aesthetic techniques are perceived and adopted by the general public’, commented Alison Willis, division director of CCR Expo.

‘In fact, 39% of the experts in our survey said that women are very influenced by famous people when choosing their treatments, and 18% suggested men take their cues from celebs too.

‘So, it’s really interesting to hear which celebrities they feel are getting it right and wrong.’

In terms of getting it wrong, some of the experts felt that people in reality TV shows such as The Only Way is Essex were setting a bad example by having too many treatments at too young an age.

Like their celebrity influencers, the practitioners surveyed said that most people (80%) opting for non-surgical treatments are simply keen to look fresher, rather than younger.

Therefore, patients are adopting a maintenance approach to non-surgical aesthetics, with 89% of clients seeing the practitioner at least twice a year and 49% three times or more each year.

When they do, the top treatments women are going for are:

For men the top treatments are:

1679d
|
Celebrity News
Dentistry Online uses cookies to give the best experience. If you continue to use our site, we will assume that you agree to the use of such cookies. Read More.
Accept