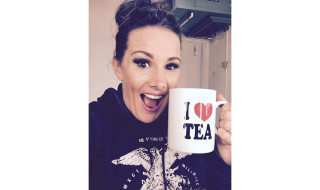 Sam Bailey, the 10th winner of The X-Factor, has admitted that she felt under pressure to rectify her trademark diastema.

The singer/songwriter underwent dental treatment in 2015.

Speaking to The Sun, 39-year-old Sam said: ‘I had them done last year.

‘I wanted a good, confident style because I was getting so much s*** from people taking the p*** out of me.’

Despite the taunts from the public, Sam admitted that a smile makeover had been on her agenda for a long time.

‘I always wanted to get them done anyway but I couldn’t afford it – but thanks to Simon Cowell, I can afford it now’.

Admitting that she has further issues with her appearance, Sam said: ‘I don’t like the lines on my head.

‘It makes me look like I’m stressed all the time and I’m getting old.’

Sam has reassured fans, however, that she is unlikely to undergo further cosmetic procedures such as facial aesthetics.

‘People say, “Why don’t you have fillers?”

‘But I’m worried I might get addicted and end up looking like a complete and utter bit of plastic.

‘I’m quite happy the way I am.

‘There are people who are having surgery way too young who don’t need it.’

1418d
|
Celebrity News
Dentistry Online uses cookies to give the best experience. If you continue to use our site, we will assume that you agree to the use of such cookies. Read More.
Accept