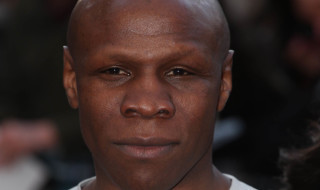 Chris Eubank’s plans to enter the I’m A Celebrity…Get Me Out Of Here! jungle were nearly scuppered due to an emergency visit to the dentist, minutes before entering the camp.

The former professional middleweight boxer broke a crown moments before entering the jungle.

The emergency appointment reportedly resulted in two hours of production delays to the premiere episode of this year’s I’m A Celebrity.

A source told The Sun: ‘It totally messed up the schedule as he had to wait for a dentist to sort him out’.

On 1 December, Chris became the fourth contestant to leave the I’m A Celebrity jungle.

Chris previously spent £31,000 on dental work, in an effort to rid himself of his trademark lisp, according to reports.

1590d
|
Celebrity News
Dentistry Online uses cookies to give the best experience. If you continue to use our site, we will assume that you agree to the use of such cookies. Read More.
Accept