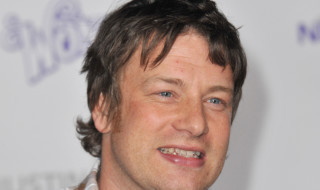 The Government has not written off a ‘sugar tax’ as a way of driving down childhood obesity, celebrity chef Jamie Oliver has said.

Oliver told MPs at the Commons Health Committee that Prime Minister David Cameron was reviewing all the evidence, adding there was a need to ‘maker sure he’s brave’.

He said his main role in front of the committee was ‘as a dad’.

Of the need for a ‘sugar tax’ and the Government’s view, he said: ‘The discussions that I’ve had have not implied that that is written off.

‘The discussions I’ve had are robust…Mr Cameron is reviewing everything.

‘I think where he is positioned for the next five years…we need to make sure that he’s brave.’

He added that public polls on the need for a ‘sugar tax are favouring it quite strongly’.

Asked what he would like to see in the Government’s forthcoming obesity strategy, Oliver said: ‘I think my passion having worked with the British and international public for 17 years and having daily communications and monthly communications with millions of parents out there – is clarity.

‘Honesty and clarity would be a really good balance.

‘I don’t believe the industry, particularly the food and drink industry, I don’t think that utter clarity is their main objective because when you inform the British public with good, clear information they make good choices.

‘They are not making good choices at the moment largely.

‘I think it’s a major problem.’

Oliver said that before the general election there had been ‘no conversation’ about the possibility of a tax.

He added: ‘I deeply feel passionate that parents of Britain and people involved in public health need to hold Mr Cameron to be brave and strong and support him otherwise the easiest thing, like minimum pricing on alcohol that had all the signs behind it, turns into a big old fight, they get burnt, they back off, they retreat when actually they were trying to do the right thing for public health.’

Oliver said one of the most important things was a government ‘that’s willing to fight tooth and nail for public health and child health.’

He added: ‘I do believe we need one strong hard action to be made, that is the sugar tax, and everything else will cascade off that beautifully.’

Oliver said he believed the Government was still open to a tax and that Mr Cameron sees the issue of childhood obesity as ‘very important’.

On industry, he said: ‘A tax does remind them who’s boss, and that is child health and the Government.’

He said there was a need for ‘something radical’ to slow the rising rates of childhood obesity.’