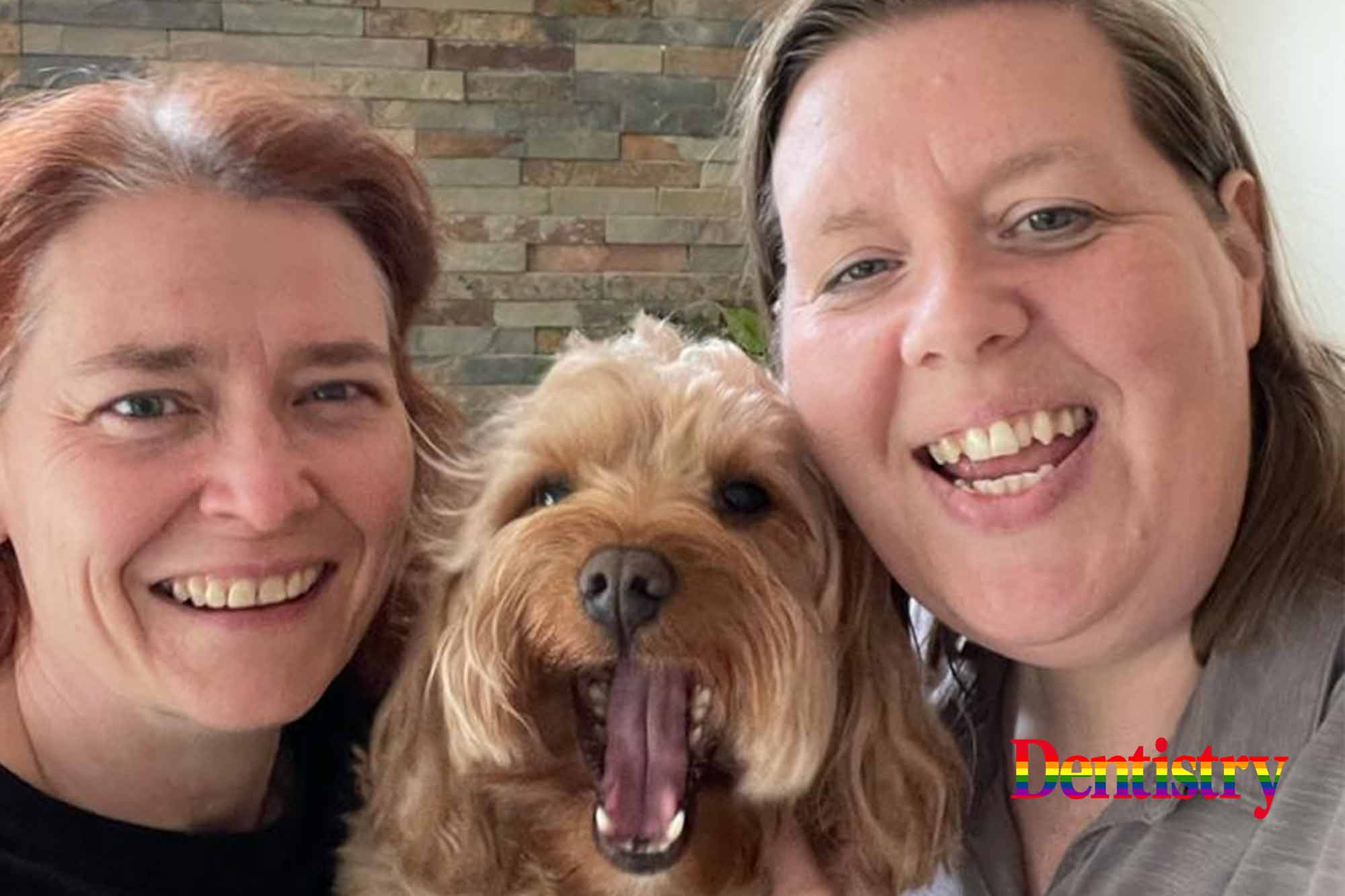 Partners Sherri Maclennan and Stephanie Alexander talk us through their experiences in dentistry as members of the LGBTQ+ community and offer their advice to younger dental professionals.

How did you meet? Was it through dentistry?

Stef: Kind of, I guess. In the surgery where I first qualified, the team kind of took it upon themselves that they were going to find me someone. Before there was the internet, meeting people was not the easiest. So they thought to put an ad in the paper. So I did. And that’s how we met it.

Sherri: Neither one of us had dated anyone before. I had just come out to my friends. We were both 23 at the time. There was also only one paper in Scotland at the time, with about three ads in the back of it. That was it. That was our whole dating scene.

We both moved to Northampton after Stef accepted the role of lead dentist at Bupa Dental Care Northampton. At the time, I was working in electronics, so I helped with IT at the practice a couple of days before going full time 10 years ago.

Do you feel it’s an inclusive workplace?

Sherri: In the older days, you wouldn’t have talked about it. But now if you look on the Bupa Northampton Facebook page, our 25 year anniversary was posted with a congratulations.

Have you always felt able to be open about who you are?

Sherri: Going back 25 years when we got married, Stef was very much about telling people not to tag her in anything on social media. This was out of fear of the backlash from patients.

But as the world’s changed, and we have the Bupa umbrella over us, we’re very aware that you as a dentist is more important than who you’re dating.

Do you feel that things have come a long way in the last 25 years?

Stef: Very, very much. You’re just comfortable being who you are. That’s it. It’s lovely.

What would you say to younger dental professionals who may be reluctant to be open about themselves?

Stef: I think the more people talk about it, the more normal it becomes. I think it’s an age thing in some ways – you just become more comfortable with yourself and I think younger people worry more about it. But it’s not a big deal – and sometimes by hiding it, you almost make it a big deal for yourself!

I didn’t come out the closet really until the final year of university. You’ve just got to be honest and live your life as you want. I think we’ve been very lucky that we haven’t had any prejudice. We’ve never had a negative experience.

Sherri: It is a little bit nerve-wracking because you don’t know that somebody joining might make work life harder. We know working for Bupa that can’t happen, we feel safe and protected – and most importantly really happy at work and in our personal lives.