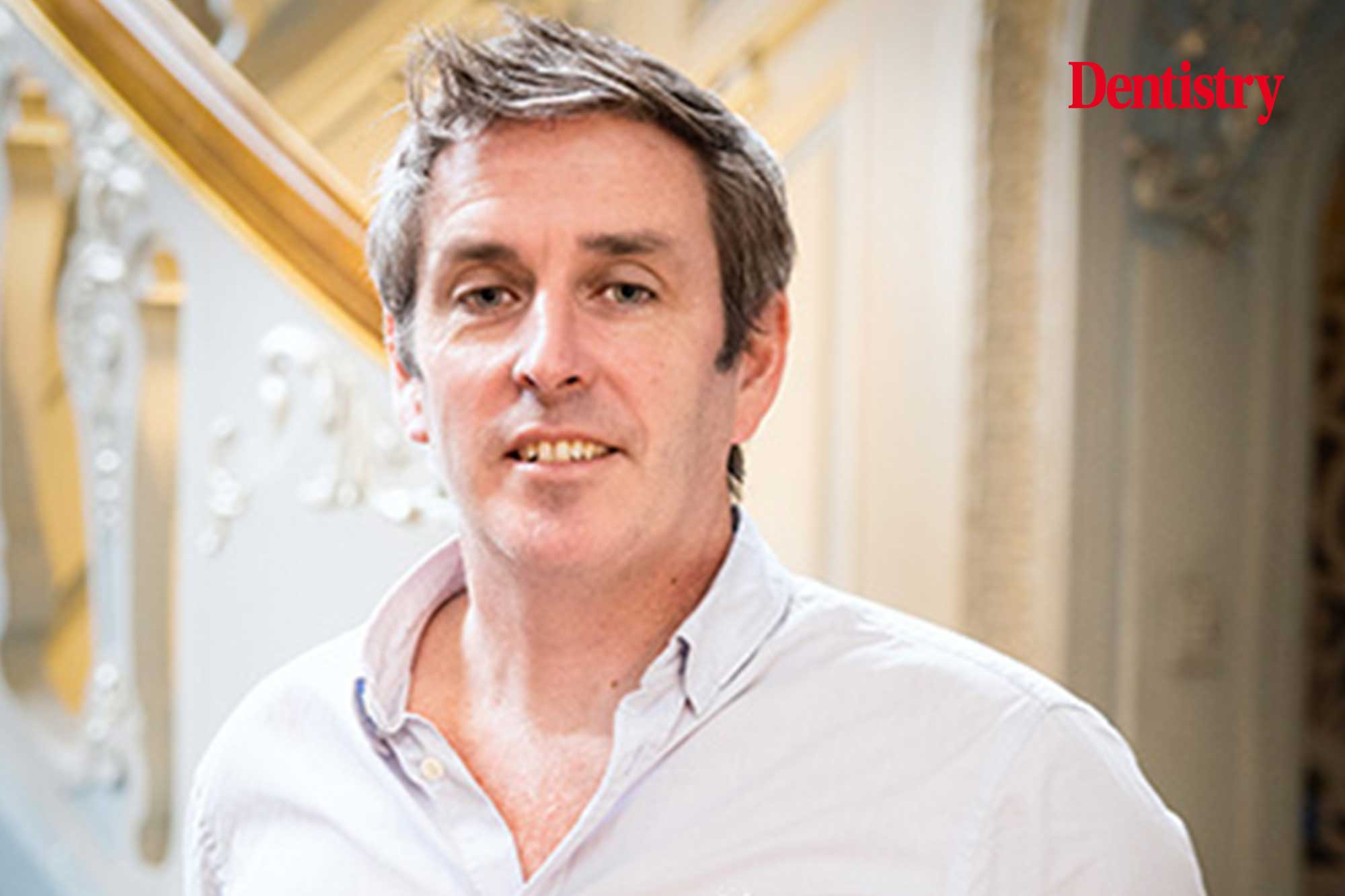 As Chris McConnell becomes BACD president, we speak to him about his time at the BACD, how he became president and what the association’s future plans are.

Can you please introduce yourself and give us your background.

I’m an advanced dentist working in Cornwall and I’m currently president of the British Academy of Cosmetic Dentistry.

How long have you been working with the BACD and what’s your background with the association?

Chris McConnell: I’ve been a member of BACD for a long time. I really joined them initially because I was interested in cosmetic dentistry and I wanted to find the outlet that would support me. As well as finding out where I should go looking for things, what courses I should do, how I should grow.

Then this evolved, and through attending events you obviously meet people. The good thing about the BACD is that it’s like a family. The older people are there to support the younger people and everyone is there on the same journey.

You can meet people and these are people who’ve made the mistakes already. You discuss cases with them and they can help guide you.

Equally, I’m now fortunate enough to be one of the older lot mentoring the younger guys coming through. So it’s a give and take thing.

Then I started getting involved with committees about 10 years ago. Just helping out doing bits and bobs.

It just kind of evolved through going onto the board, being communications director for a few years. And then onto the present pathway and president position this year, which is a huge honor.

So, what does that involve and what plans do you have as part of being president?

Chris McConnell: Being president is really the spokesperson or figurehead for the academy.

There’s a lot of responsibility that goes with it. It’s a role that we don’t take on lightly. There is a huge amount of work that does on in the background.

At the conference I was speaking to someone and they asked: ‘Oh so how much do you get paid?’

It’s nothing. We do it for nothing. In fact we usually pay because we pay for travel and accommodation to get to our events.

Really, what we’re looking to do for this year is, post COVID one of the things we realised through our conference in Edinburgh, which was amazing, is that people met up for the first time and suddenly we found socialising has become part of what we’re about.

It’s all about that networking, the interaction human to human.

So, going forward we’re really looking at all our educational events and they are now going to have a huge social event attached to it. Because as well as education, which is important and that’s our core remit, the socialising and interaction part is also massively important.

Every event from now on is going to have a really good social event.

If anyone is planning to do an educational event, keep the evening free.

There’s a lot of dentists out there on the high street who, NHS dentistry, cosmetic dentistry, fillers, Botox, implants, they’re just marketing words.

Really, to do any of those you need to invest a lot of time, effort, energy and money into learning how to do it properly.

We are really keen to educate our industry.

But cosmetic dentistry is more about just doing a white filling or some veneers. There’s a lot you need to know.

So, we want to raise awareness of that. And obviously our education programs are geared towards the learning that’s required.

But we also want to raise with the public the awareness if you’re getting cosmetic dentistry, just make sure that the person who’s doing it has the core basic training.

As the BACD we get approached by the media all the time to comment. We’re having to act as spokesperson as well.

So we want to raise awareness with the public. I think is also very important moving forward.

Do you think that is the biggest challenge facing cosmetic dentistry over the next 12 months?

Chris McConnell: I mean the big problem is with the word ‘cosmetic dentistry’. It’s just banded as a word.

You do need quite a bit of training to understand how to provide this responsibly and morally for your patients.

There’s a lot of stuff that we see that we cringe at, but certain patients are happy with that kind of work. So it’s a fine line of where to go.

But really, what we want to try to do with the patients is raise awareness. Check that the person doing your teeth has some basic training and knowledge about what to do. It’s safeguarding the patient, which at the end of the day, is what we all want.

We want everybody to access cosmetic dentistry, which is massively on the rise.

We’re here inclusively for everybody. Let’s really step up a gear. Patients, let’s get you using the right person.

You mentioned there’s been a boom in cosmetic dentistry, particularly over the last 12 months. How do you think dentistry can keep that momentum going?

Chris McConnell: I don’t think we have to worry about it.

It’s kind of multifactorial, really. Brexit has without a doubt played a massive impact on dental access to the UK, not just cosmetic dentistry, dental access.

Then secondly, COVID obviously has accelerated this problem somewhat. Reduction in output from the NHS has also compounded the issue.

Then we’ve got all the stresses of staff that have now started to leave the profession. Especially in nursing staff support.

I’m really excited about dentistry at the moment.

You get the feeling across the board that that we’re in new territory now. This is the start of the next evolution of dentistry, and it is really exciting.

The stuff that I’m seeing now is really amazing. You’ve got digital coming out, we’ve got a multitude of different apps, with small designs for patients.

Patients are already really motivated. They know what’s going on. They’re coming in and asking for treatments.

Cosmetic dentistry is without a shadow of doubt on the up.

I was reading a really interesting article the other day where they asked where do cosmetic procedures become normalised? If you go back 80 years, 100 years, having a bath or a shower every day was not normal. It was viewed as almost cosmetic. Now we have one every day, it’s normalised.

Then you have people brushing their teeth clean or even straightening. It’s all becoming normalised.

I think we’re seeing this with lots of different things. Patients know what composite veneers are. I had someone come in and ask for align, bleach and bond.

This is normalising, so I think cosmetic dentistry without a shadow of doubt is going to take off.

And though it has already, it will continue to rise. The issue I mentioned earlier, is not in the provision of the care, but in making sure that whatever we do works well and works long term.

Where do you see the BACD positioning itself over the next five or so years?

Chris McConnell: What we are is number one an inclusive academy. We encourage people to join who are interested in the cosmetic dental journey.

It’s important to us as well, not to get too big. That’s not our goal, our goal is to remain small enough to be supportive but big enough to affect change.

We want to really focus on the education part.

The BACD has the accreditation pathway where you have to demonstrate to a group of peers the level of your work.

We have the fellowship program, which again really steps up and demonstrates that you really know your chips and you know what’s going on.

And the BACD is really supportive from students all the way through to people who are retiring. But there’s still a sense of staying connected.

Moving forward five to 10 years, we’d like to see the academy just consolidate, probably grow modestly. But our intentions are not to grow aggressively with it.

We’re engaging a lot with patients now and patients are coming in asking if clinicians are part of the BACD.

That’s really where we want to go because that’s the stamp to say this dentist is providing ethical dentistry.

Is there anything else that you feel like you wanted to add?

Chris McConnell: Just one thing really, and it’s our education for next year, which is fantastic.

We have hands on regional days, which is the first time we’re doing this.

Nut the big one for us is the conference in November in 2022, which is in the ICC in Wales.

We’re really excited already about that following on from the conference in Edinburgh, which was amazing and with such a buzz. In the ICC Wales, in November, we have Frank Spear coming over to speak from the US, and Frank Spear is a massive one. He hasn’t spoken in Europe for the last nine years. We’re really looking forward to this.

There’s so much interest already from all over Europe. So we’re really looking forward to that.

Pur platinum sponsors next year are Boutique Whitening. Tey’re putting on a huge Boutique-style party on the Thursday night. We’re really looking to that.

For more information about the BACD, visit bacd.com.