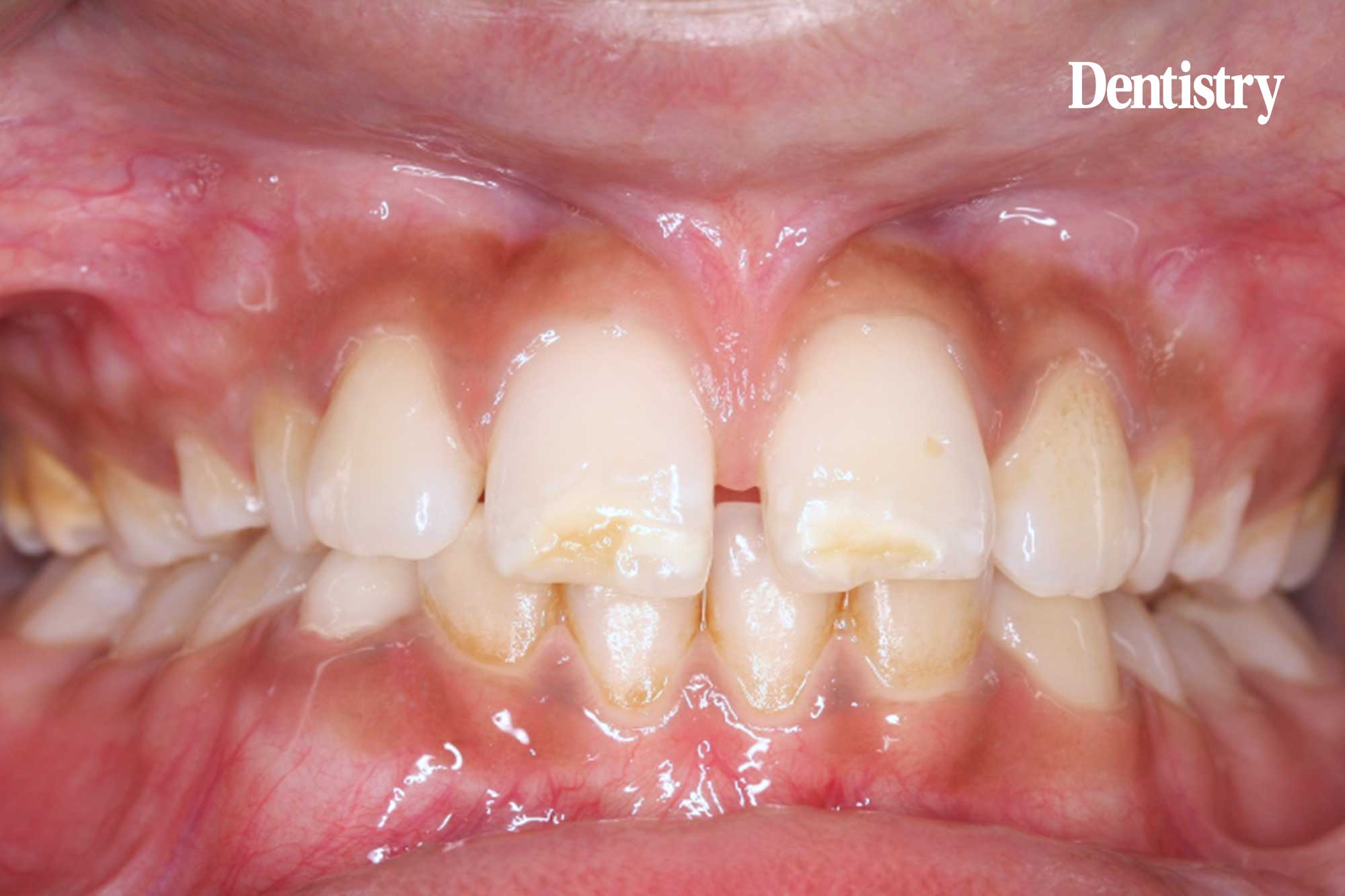 This is the view of Professor Ferranti Wong, professor of paediatric dentistry at Queen Mary University London.

Professor Wong has researched and published widely on the subject of MIH. He has observed that increasing numbers of children suffer from this enamel defect, and have painful and sensitive teeth.

While many other toothpastes designed for the treatment of sensitivity have not helped them, Biomin F, which is designed both to strengthen and remineralise damaged enamel and to combat sensitivity, has been effective in his young patients.

Professor Wong would like to see further clinical studies to confirm whether Biomin F is more effective than other toothpastes in MIH.

Molar incisor hypomineralisation (MIH) is a well-recognised qualitative dental defect. It is characterised by yellow/brown or whitish discolouration.

In more severe disease, the teeth can break down or even crumble.

It involves demarcated enamel, hypomineralisation of one to four first permanent molars and permanent incisors. Associated problems include:

It has been suggested that the presence of hypomineralised second primary molars is a predictive sign for MIH.

How prevalent is MIH?

MIH was first described in Sweden in 1987. Since then, it seems to have become increasingly common.

This relatively new condition has a reported global prevalence of 12.9%. But according to the German Society for Dental, Oral and Maxillofacial Medicine, it could be higher – affecting about 10-15% of all primary school children and almost 30% of 12-year-old children in Germany in 2018. A figure which now exceeds that of caries in this age group.

‘If you look for it you will find it,’ said Professor Wong. ‘But we’ve really only been seeing it widely over the last 15-20 years.’

First appearing between the ages of approximately seven and 11 years as the adult teeth come through, the cause of MIH is not completely understood. But some kind of systemic disturbance or trauma in the first year of life as these teeth are forming has been proposed. These include infections (measles, urinary tract infection, otitis media, gastric disorders, bronchitis, kidney diseases, pneumonia), asthma, fever, or antibiotic use.

Professor Wong and his colleague now believe that genetic and epigenetic causes may also play a part.

It is usually the discolouration and sensitivity that brings patients to Professor Wong’s clinic. ‘Usually the sensitivity caused by MIH is a sharp pain of 30-60 seconds in response to hot or cold,’ he said. ‘But if patients frequently stimulate these teeth, it can become a constant ache.’

Diagnosis is complex. Most parents find it hard to remember back to when their child may have been unwell as a baby. But a detailed history is essential, he points out.

‘There is a prevalence among those who suffered from middle ear infections and fevers.’ If the defect is mild, the patient or parents may not have noticed the discolouration, but most have some degree of opacity, according to Professor Wong.

He then goes through all the obvious causes and differential diagnoses (eg fluorosis) to establish a diagnosis of MIH.

Dutch dentists reported seeing the condition in six to seven-year-olds, describing it as ‘cheesy teeth’ due to the holes in the enamel.

‘The more you look the more you find,’ said Professor Wong. ‘In the past decay might have masked the condition. But nowadays we see it in children with good diet and good oral hygiene who don’t have caries.’

The management of MIH depends on the severity of the condition. But reducing the hypersensitivity is the first line.

‘We take a conservative approach,’ explained Professor Wong. ‘We have found that Biomin F is very effective in calming down the sensitivity.’

The defects in the enamel mineral create a channel through which it exposes dentine to external stimuli causing the sensitivity.

‘We want to strengthen the enamel, by replenishing the mineral,’ explained Professor Wong. ‘This is where Biomin F comes in. It creates an environment where calcium, phosphate and fluoride are released slowly and continuously over several hours, working with the saliva to form fluorapatite.’ This remineralises the tooth enamel and blocks the open tubules to reduce sensitivity.

Many young patients are referred to Professor Wong by their dentist who has already recommended mainstream brands of sensitivity toothpaste without success.

‘I would like to carry out a randomised clinical trial to establish if Biomin F is more effective than high fluoride treatments,’ said Professor Wong.

His lab research has shown that the fluorapatite deposited by Biomin F is more stable than the hydroxyapatite in normal enamel. ‘What’s more, Biomin F is smart. This means that if they have a drink of juice, for example, it starts to release its components more rapidly,’ he added.

If the MIH is severe, and the teeth are breaking down, a number of restorative options are available to the clinician. These include resin-based fissure sealants, preformed metal crowns, direct composite resin restorations and laboratory-made restorations on affected molars.

However, the nature of the defect means that it is difficult to get adhesives to attach to the poor enamel. So metal crowns are effective for young children.

If the condition only partially affects a tooth, clinicians can use a white onlay. Some countries may carry out bleaching, but the UK does not permit this on under-18s at present.

‘If there’s discolouration and breakdown in the front, we would perhaps use a white composite for children. But we would very rarely use a porcelain veneer,’ he said.

Professor Wong is excited by the potential of new filling materials under development that incorporate Biomin’s bioactive glass technology. These would not only fill the cavity but actively work to remineralise the area around it.

‘A filling containing this bioactive glass would release its ingredients [calcium, phosphate and fluoride] to remineralise the gap around it,’ he said.

Research is also underway looking at incorporating the technology into smart releasing varnishes and into orthodontic adhesives. These aim to remineralise the area around the orthodontic bracket, preventing the development of white spot lesions on newly straightened teeth, which Professor Wong believes will be of great benefit.

The prevalence of MIH is on the rise; it’s to be hoped that the smart releasing bioactive glass technology behind Biomin F can help relieve the sensitivity experienced by young patients with the condition. And before long, manufacturers can incorporate the same technology into composite filling materials to help strengthen and remineralise damaged enamel.

After brushing with Biomin F, the tiny particles adhere to the teeth and enter the dentinal tubules. Here they dissolve over a period of several hours, gradually releasing an optimum ratio of fluoride, calcium and phosphate ions to deposit fluorapatite.

Fluorapatite, which is more stable than the apatite in natural tooth enamel, blocks the dentinal tubules. This prevents the fluid flow that triggers sensitivity, and also acts to remineralise damaged tooth enamel.

To order your Biomin toothpaste contact Trycare on 01274 881044 or visit www.trycare.co.uk/biomin-toothpaste.