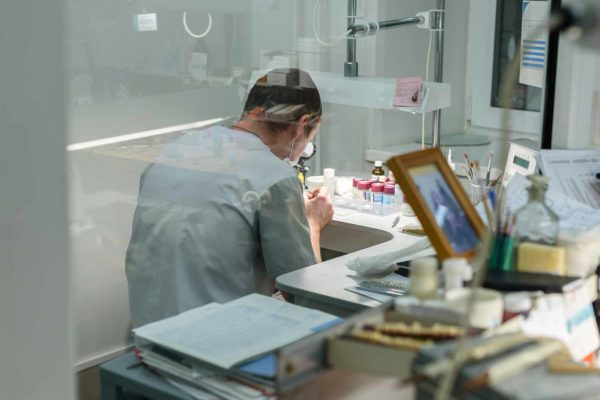 We speak to Steve Taylor, dental laboratory owner, about the ‘catastrophic’ impact COVID-19 is currently having on dental labs up and down the country.

How has COVID-19 impacted dental labs?

The Dental Laboratory Association (DLA) has carried out a survey recently with its members.

Obviously not all members reply to surveys. But the potential impact is catastrophic. Particularly so for NHS dental labs. Private labs are still getting some work in. Probably ranging between 40% to 60% of what they would normally get. But NHS labs are really struggling.

There’s about 6% of labs that have only opened in the last couple of weeks.

The key thing really is that at the moment, 80% of labs still have staff on furlough. As this furlough scheme comes to an end, the predicted redundancies could be to the level of more than 1,500 technicians. I think there’s only something like, 6,500 dental technicians registered in the first place on the GDC register.

What impact would that have on the industry?

We’re going to lose an awful lot of experienced technicians. There’s going to be a lot of technicians who leave the industry and never come back to it.

I think realistically, the impact is across the board. It’s the fact the businesses just won’t be there for technicians to work in.

But also, there won’t be the dental labs there to actually provide national health work for patients.

The potential impact for patients is really significant. If NHS labs aren’t there, where are they going to get their crowns and dentures from?

If you take 1,500 technicians out of the workforce, it’s going to have an enormous impact.

And going forward it takes years to train a dental technician. It’s always been a five-year training period.

If we do lose this many technicians, it’s a long time before the profession can recover.

Why is there such a big problem with dental labs now dentistry is slowly reopening?

NHS dentists are just not doing any band three work. Which is what goes through to the lab.

Dentists are working under restricted conditions too. They seem to be fire fighting, treating emergencies. There’s not a lot of routine dental treatments undertaken. That doesn’t generate work for the dental labs.

We’re in a position where there actually isn’t a mechanism set up to allow dental labs to get financial support. A lot have fallen through the cracks between the different schemes the government has set up.

Certainly furlough has been extremely valuable.

A lot of dental labs weren’t in the best financial state before. There has been a decline over the past few years in the amount of band three treatments dentists were undertaking. NHS dental labs, they’ve been working on very narrow profit margins for many years.

When you come to an absolute halt in the road like this, many dental labs don’t have the financial resource to maintain their businesses. It is really sad.

Labs who were 100% private, are still getting work through the door. But not at the same capacity.

It really is catastrophic for us as a profession.

Have labs had to make a lot of changes to working practices since going back?

The one thing you can’t do as a dental lab is work from home.

Within my lab we’ve introduced social distancing measures. We have a training lab, a 10-man training lab. So three people work in there. Then we’ve been able to space the other technicians out in the original laboratory work area.

We’ve got perspex screens between all of the work spaces, a one-way system around the lab. So we’ve tried to make it as COVID secure and safe as we can.

Labs have always used PPE. We use appropriate masks and gloves. We’ve always had that element of it. But the cost of the PPE has gone up.

What do you think the future might hold for dental labs?

I think unless something is done very quickly, to support NHS and mixed labs, the vast majority of labs left will all be private.

Dental labs will continue working on reduced technician numbers. There’ll generally be fewer people involved in the industry and profession. This then of course impacts on the supply companies.

I don’t see any other way for it. It’s going to be a very grim future for dental labs going forward.

Do you think dental labs will survive?

I think the private dental labs that remain won’t look to do national health work.

The NHS hasn’t supported laboratories in any way. NHS dentists have support. The expectation is for them to do around 20% of the work they were doing before, and still receive 100% of the income. But a lot of them are not doing anything that involves labs. So there’s no money going through to dental labs at all. If NHS dentists want the lab they used prior to the pandemic to be there after, they need to think how they can help and offer support.

The unfair part of it is that NHS income for dentists does have a provision within it for expenditure (sadly dental labs come under ‘consumables’). There’s around a 6.5% that is expected to be paid out to labs, but there isn’t any work coming through.

There’s no link for the NHS to support dental labs who have supported the NHS over decades.

How are things going in your lab?

The first month back, we did about 15% of what we did in the same month the year before. We’re up to around 65% last month of what we did the corresponding month last year. We’re doing alright in comparison.

But I’ve had to use, and am still using, the furlough scheme. I had 16 staff on furlough during lockdown. We’ve not had a day where we’ve had everybody back in yet. We’re having to juggle staff about and bring people back in as the work builds up.

When do you think you will recover?

I think it could be the middle of next year perhaps before we recover. March/April time before we have any chance of getting back to 100% of where we were.

It all depends on the infection levels within the community.

If the fallow time gets reduced, AGPs become a lot easier and suddenly dentists can work a lot easier. We need dentists looking to do more lab-based work, which will step things up.

From a private point of view, private practices have geared themselves up. They get no funding from the health service. So they’ve had to get back to work to generate some income. But fallow time limits the work they can do.

If there was one thing that you would ask for to help dental labs, what would it be?

Ideally I would like the furlough scheme to continue until the fallow time drops for dentists, which allows them to get back to working like normal.

I think the other thing that really is important here is the fact that dental labs should get direct commissioning for national health work.

If the system was in place to actually pay the labs directly, the health service would know how much work we do. They would know what labs are missing out on and could send direct support to the laboratories financially.

That’s not fair. It’s having a catastrophic impact.

This has been truly unprecedented for dental labs. They really do need some immediate help and support. Otherwise, come the end of October it’s going to be tragic.

All that skill and technology, the people who train for many years, we will lose from our profession. It’s so sad. 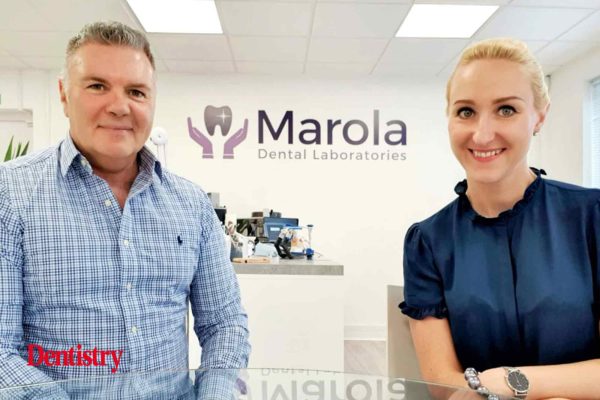 Julian English spoke to Marcus at Marola Labs about the inception and growth of this 21st century lab.  Our company was… 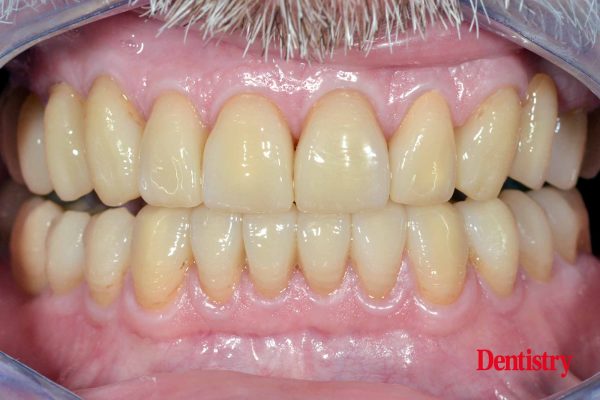 Fabrication and cementation of crowns without chipping – part two 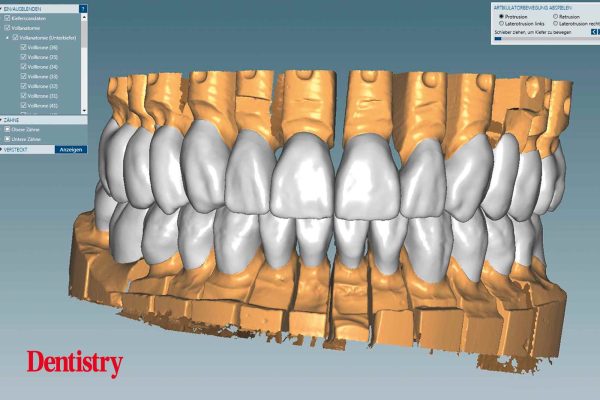 Fabrication and cementation of crowns without chipping – part one 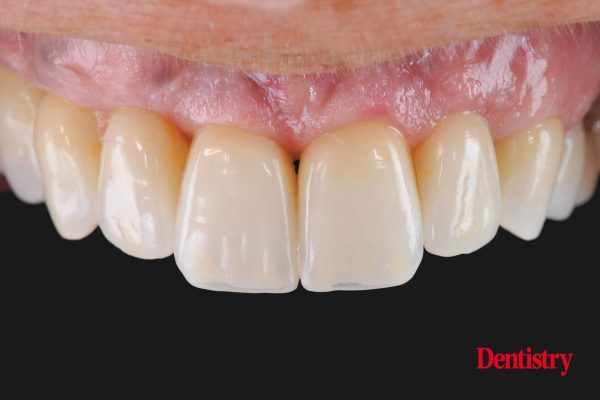 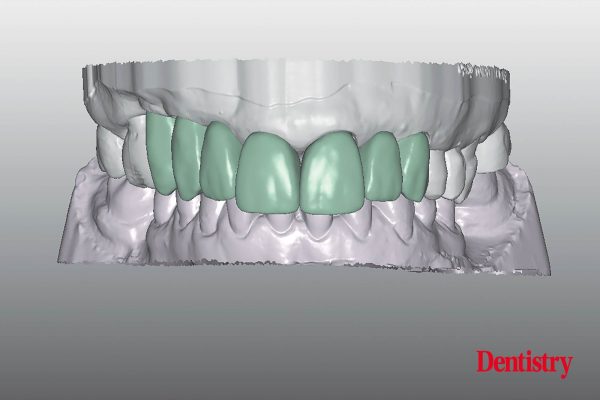 Digital workflow: a game changer for implant restoration – part one

Secrets to Success with Christian Coachman

Stonehenge – the house of learning

4d
|
Laboratory
"Company" would like to send you relevant email communications to this webinar, by opting in to receive these emails you are agreeing to be sent email communications by "Company".
You can opt-out at any time.
Dentistry Online uses cookies to give the best experience. If you continue to use our site, we will assume that you agree to the use of such cookies. Read More.
Accept