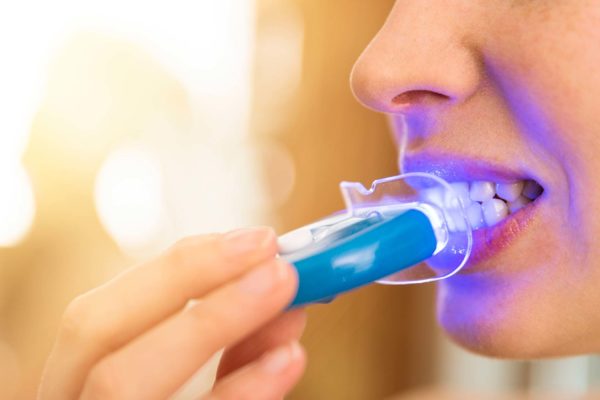 With over-the-counter dental treatments growing in popularity, Arunika Nehra discusses what the problems are and how dentistry can help.

In the recent years, there has been a clear rise in consumer demand for aesthetic dentistry. This is also leading to an increasing number of over-the-counter dental products entering the dental market. Namely, at-home teeth whitening and orthodontic systems.

The appeal of cheaper treatment and no dental visits is duping consumers into falling for marketing gimmicks. They consequently end up subjecting themselves to greater risks.

The ASA is the principle regulator of advertising claims in the UK. It has witnessed emerging complaints about misleading advertising of commercial dental treatments.

Despite the harmfulness of many over-the-counter dental treatments coming to light, consumers are still gravely misinformed.

Social media has become a popular platform for promoting dental treatments. It is also a useful tool for disseminating dental information to the public.

However, it also has its shortcomings; the stark popularity of influencer-driven marketing and celebrity endorsements clouds the judgment of many consumers who are not checking the substantiation of their claims.

Teeth whitening is arguably one of the most sought-after dental treatments, with a surge of over-the-counter teeth whitening systems entering the market.

The ASA has upheld numerous complaints against commercial brands for using exaggerated and unsubstantiated claims in advertisements. The most common claims include stating achieving results in a faster time frame and ‘clinically proven’ results. But not including adequate evidence to substantiate such claims.

Evidence shows that 0.1% hydrogen peroxide is not high enough to effectively whiten teeth. Alternative active ingredients used in over-the-counter teeth whitening kits have limited research on their safety and efficacy.

Most recently, the ASA ruled against an increasingly popular, celebrity-endorsed brand Hismile. It found Hismile to use misleading, unsubstantiated and exaggerated claims in its advertising. This case will hopefully set a precedent for other over-the-counter teeth whitening systems. But it is important to note the sheer scope of the problem.

What’s more, they make claims on quick, painless and without sensitivity treatments. Even when under trained hands, it is not possible for dental professionals themselves to make such conclusive claims.

Naturally, many of the product reviews mention patients complaining of not seeing results or experiencing pain/sensitivity. Some products arguably contain warnings about seeking dental advice first. However, this falls critically short of the overarching claims made by the brands.

Although the evidence-base for at-home teeth whitening kits is still in its infancy, it is indisputable that active ingredients required for teeth whitening are harmful if not used correctly.

Manufacturers deceptively market over-the-counter teeth whitening kits as simple to use. But user error is high, which increases the risk of damage and burns to soft tissues.

The number of people wanting orthodontic treatment has risen starkly in the recent years. This has led to the proliferation of direct-to-consumer orthodontic systems. First popularised in the US, at-home orthodontic kits have recently hit the UK dental market and skyrocketed in popularity.

Many of the direct-to-consumer orthodontic systems market as not requiring any face-to-face dental assessments with a dental professional. Customers are provided modelling kits and required to take impressions of their own teeth. These are then sent to create custom-made aligners and shipped directly to them.

The promotion of at-home orthodontic kits is hard to go unnoticed. Especially with the in-your-face sponsored advertisements on social media.

As with teeth whitening brands, commercial brands offering orthodontic systems have also come under fire for misleading consumers with exaggerated and unsubstantial claims; namely, claiming ‘faster’ and ‘less painful’ treatment. When there is not significant evidence corroborating such claims.

In recent years, the ASA has taken action against commercial brands making such misleading claims. But more shockingly, dental practices have also come under scrutiny. With the ASA upholding numerous complaints about dental professionals using unsubstantiated claims on websites about their orthodontic system offerings. This shows dental professionals themselves are inadvertently falling prey to misleading promotion of dental treatment. It highlights the gravity of the issue at hand.

In 2017, the American Dental Association House of Delegates enforced a policy which ‘strongly discouraged’ the practice of direct-to-consumer orthodontics. With the growing concerns of over-the-counter orthodontic systems in the UK, it is clear we also need to follow suit.

The British Orthodontic Society urges caution about using direct-to-consumer orthodontic systems. It warns about the risks of undergoing unsupervised treatment.

Patients are, therefore, subjecting themselves to increased risk of misdiagnosis and irreparable damage to their teeth.

What can the dental profession do?

Amidst the ever-increasing marketing gimmicks of commercialised dental treatments, it can be understandably difficult for consumers to dissect the claims made by commercial brands and for the professional voice to be heard. It is therefore prudent that the dental community works together to enforce stricter regulation of over-the-counter dental treatments.

As dental professionals, we must ensure we are well informed about the dental treatments we are offering our patients. At most, we should educate our patients and also dispel any misconceptions about commercial treatment options. Patients are exposed to a growing range of commercialised dental products. This makes it crucial to ensure they are equipped to make informed decisions.

As healthcare professionals, we need to encourage them to seek professional advice and inform their dentist about any commercial treatments they are considering.

Furthermore, with the heightened use of social media and self-promoting, it is important dentists work within their remit. That they do not lose focus of their main duty of providing ethical and evidence-based dentistry. It is imperative dental professionals avoid providing treatment beyond their clinical competence, and do not advocate misleading treatment options.

Tanja Wolf, a dental therapist from Oxfordshire, gives her thoughts after attending the Digital Composite Veneers course in September 2021.…

8hr
|
Aesthetic Dentistry
Dentistry Online uses cookies to give the best experience. If you continue to use our site, we will assume that you agree to the use of such cookies. Read More.
Accept