Is the Daily Telegraph letter really supporting the profession? 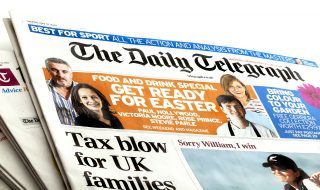 Is the Daily Telegraph letter really supporting the profession?

We should be supporting the work NHS dentists do, not making wild suggestions like those published recently in the Daily Telegraph, Michael Watson says.

It is becoming a tradition that every new year the Pied Piper of the dental profession, Tony Kilcoyne, leads a crowd of dental professionals, this year numbering over 1,000, into print at the Daily Telegraph.

For the 2017 letter, he had a new idea, that NHS dentistry ‘should be removed from politicians’ incompetent hands completely.’

An idiotic suggestion, worthy of Donald Trump and his Mexican wall, because as long as NHS dentistry spends taxpayers’ money, then ministers remain accountable as to how it is spent.

Commenting on the suggestion, Mick Armstrong, chair of the BDA’s Principal Executive Committee (PEC) said: ‘We need to see politicians more engaged on oral health and NHS dentistry, not any further removed.’

Not the view of the BDA

Since 1 January this year Tony Kilcoyne has been a member of the PEC, so does he agree with his chairman or does the committee agree with him?

You cannot be elected or appointed to a public body, be it the Cabinet, the BDA’s PEC or your local golf club and put forward your own point of view.

In a golf club, you can sit in the bar and moan about the state of the fairways or greens or you can get yourself on the committee and do something about it.

When Tony stood for election to the PEC last year, it was to work through the BDA, not by organising letters to the national press – he will need to be reminded of this.

To return to the letter, it says that NHS dentistry ‘is limited centrally and cannot properly provide even basic services for half the population each year.’

One reader asked a series of questions on the website:

He received no satisfactory answer, because no limitations are centrally imposed.

Now I have read every report on dentistry since the Schanschieff report into excessive treatment over 30 years ago, and they come along about every five years.

One thing they all have in common is that dentists get the blame and those working in the NHS are the ones to suffer.

So letters such as that published in the DailyTelegraph do the profession no favours if they lead to harsh measures.

My final objection is around the assertion that the NHS dental system ‘is catastrophically failing the public, and worsening every year.’

It expects members of the BDA PEC, which now includes Tony Kilcoyne, to support it, not denigrate its efforts publicly.

Over the past year, we have seen politicians, including Sir Paul Beresford MP Lord Colwyn and MPs across the country, Dewsbury, Bradford, Nottinghamshire and Hull come to mind, working hard to improve the service.

There is no magic wand, no ‘silver bullet’ to solve the problems of NHS dentistry.

The profession needs to address the problem of ‘ministerial indifference’ to quote Mick Armstrong.

Dentists need to persuade commissioners at NHS England to spend money clawed back on dentistry and local authorities to set up prevention schemes such as has been done by Teeth Team in Hull.

We should be proud of the work our profession is doing and those who are working on the prototypes for a new contract, not denigrating their efforts by writing letters such as was published on 2 January.