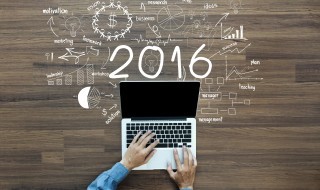 Michael Watson reviews what has happened throughout 2016 in dentistry.

For my final blog of 2016, I return to the topic that has dominated debate with the profession, media, the NHS and Parliament this year, the state of children’s teeth.

It was back in February that the Commons Health Committee held an evidence session on child oral health.

Also in that month, the Health and Social Care Information Centre published figures showing that there were 14,445 children aged under five, admitted to hospital for extractions under general anaesthetic (GA) in 2014/2015.

Sara Hurley, the CDO for England, said it was ‘really disappointing’ that even though people understand the impact of a sugary diet, so many children have advanced tooth decay.

At the BDA Conference in May, the then minister, Alistair Burt MP, said that the number of child extractions was ‘a national scandal’.

High hopes were raised that the imposition of a sugar tax on soft drinks and a government strategy for childhood obesity would bring some additional improvement to child oral health.

But a watered-down version of the strategy appeared with no mention of oral health and we were recently told by a treasury minister that the proceeds of the sugar tax would go towards ‘programmes to reduce obesity and encourage physical activity and balanced diets.’

Finally, right at the end of the year Health Minister, David Mowat, announced that NHS England was introducing a ‘programme of dental practice-based initiatives that will assist parents/guardians to improve the oral health of under five-year-olds.

‘The programme will focus on all children, particularly those who are not currently visiting the dentist, for evidence-based preventive advice about reducing sugar intake and increasing the exposure to fluoride on teeth,’ he said.

In addition NICE has said that councils in England should provide oral health programmes in schools.

This review of the year cannot close without mention of Hull, where the Teeth Team programme, which proves how a model about prevention can work and how children most in need can be reached.

And as I reported here last month, Hull is also trying to introduce water fluoridation.

There is some hope that significant progress can be made across England in 2017 to address the problem of poor teeth for our children.