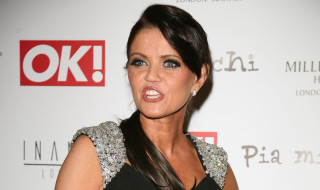 Danniella Westbrook is reportedly suing the makers of a TV show that provided her with dental implants, after she contracted septicaemia.

The actress is demanding £750,000 from the makers of Celebrity Botched Up Bodies, following her appearance on the programme earlier this year for dental treatment and breast augmentation.

The 43-year-old told The Sun: ‘I’m suing the makers of Celebrity Botched Up Bodies for £750,000 to cover lost earnings’.

On the programme, Danniella explained that a car crash had ruined her smile and left her using dentures.

Danniella can be seen asking the dentist to remove her remaining upper teeth and replace them with implants.

However, the dentist appeared sceptical of the treatment, doubting the strength of Danniella’s supporting bone and pointing out that her existing periodontal disease coupled with her 20-a-day smoking habit could seriously compromise the success of the implant treatment.

Danniella nevertheless told the dentist: ‘I personally would like you to take the whole lot out and have a perfect smile’.

She even assured the dentist that she would look after the implants, and not ‘smoke them out’.

Danniella added: ‘I’ve had sleepless nights and crying about the state my teeth are in.

‘Sometimes you want to go out for dinner and have a great big bit of steak but I can’t do that – I’ll probably bite in to it and [the implant] will be stuck in the meat.’

But at the end of the episode of Celebrity Botched Up Bodies, Danniella revealed that she was unhappy with the results of her dental surgery, and requested to the programme producers to put her in touch with another implant dentist.

Then, whilste appearing in Celebrity Big Brother in January, Danniella was forced to seek medical attention as her implants began to fail.

Danniella said she sought medical attention because ‘I was worried about infection’.

A spokesperson for Danniella has now told The Sun: ‘Contrary to any speculation, the injury to Danniella Westbrook is caused by the side effects of surgery and is the subject of clinical negligence litigation.

‘She has instructed solicitors to pursue a claim for damages.

‘As a health matter we would ask that you respect her privacy.’

1584d
|
Celebrity News
Dentistry Online uses cookies to give the best experience. If you continue to use our site, we will assume that you agree to the use of such cookies. Read More.
Accept