From Mowgli to molars: Jungle Book star has dental ambition 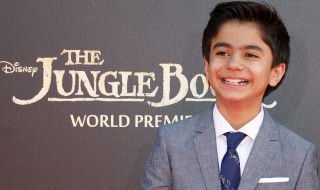 From Mowgli to molars: Jungle Book star has dental ambition

Neel Sethi, the young star of Disney’s recently released The Jungle Book, has revealed his desire to become a dentist when he grows up.

The 12-year-old actor has ambitions beyond the silver screen, saying: ‘I love acting. But, I want to do everything!

The dental ambition arises from a desire to follow in his family’s footsteps – both of the the US-born Indian-American actor’s parents are dentists.

But at the moment, the young star has more experience on film sets than in the dental surgery.

Neel plays ‘man-cub’ Mowgli, the much-loved protagonist in Disney’s The Jungle Book, based on the classic stories by Rudyard Kipling.

Neel has also appeared in the 2013 film Diwali, and a short comedy directed by Raj Trivedi.

1644d
|
Celebrity News
Dentistry Online uses cookies to give the best experience. If you continue to use our site, we will assume that you agree to the use of such cookies. Read More.
Accept