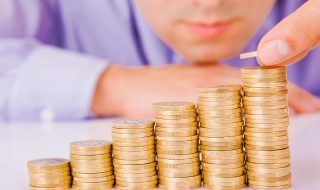 Dentists have been promised an end to wage cuts, as public-sector pay restraint became a general election issue.

Both Labour and the Liberal Democrats pledged to call time on five years of austerity for NHS workers by guaranteeing pay increases at least matching the rate of inflation.

But health secretary, Jeremy Hunt, for the Conservatives, declined to match the promise – while promising to be ‘as generous as possible’ if he is still in office.

At a health hustings debate, Andy Burnham, Labour’s health spokesman, was asked: ‘Can you commit to no real-terms pay cuts?’

He replied: ‘Yes, I can,’ the Guardian newspaper reported.

Mr Burnham criticised the coalition for promising all NHS staff an across the board 1% pay rise, which the pay review body had judged to be affordable – only for it to be ‘reneged on.’

For example, for the last two years, dentists on ‘progression pay’, an annual increase linked to length of service and skills, received only that salary hike, not the proposed 1%.

Mr Burnham told the audience: ‘We would reinstate the independent pay review body stood down by Jeremy Hunt.’

Later, Nick Clegg issued a press release that went further, arguing that NHS workers ‘deserved to see light at the end of the tunnel and feel the benefits of the economic recovery’.

He said: ‘For two years pay in the public sector will, at the very least, keep pace with prices.

‘After that, we will make sure it rises above inflation – giving millions of workers a real terms pay rise for the first time in years.’

Guidance would be issued to pay review bodies to ensure above-inflation increases in pay, but not until 2018-19, the deputy prime minister said.

However, Mr Hunt also asked to ‘promise no more real-terms pay cuts’, replied: ‘I can’t make that commitment now because I don’t know the full situation.

‘My principle is I want to be as generous as possible provided no decision I take as health secretary means we would end up having fewer doctors and nurses.’

He argued that the Conservatives – unlike Labour – had committed to finding an extra £8bn for the NHS, adding: ‘The chances of giving a better pay deal are higher.’

The British Dental Association also criticised a separate aspect of the latest pay package, an increase of just 1.34% in expenses for general dental practitioners (GDPs).

It accused the organisation of ducking the challenge of reform, after a 25% decline in real incomes since 2006.