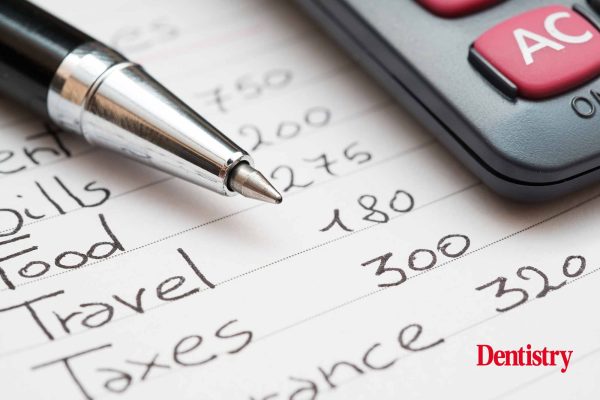 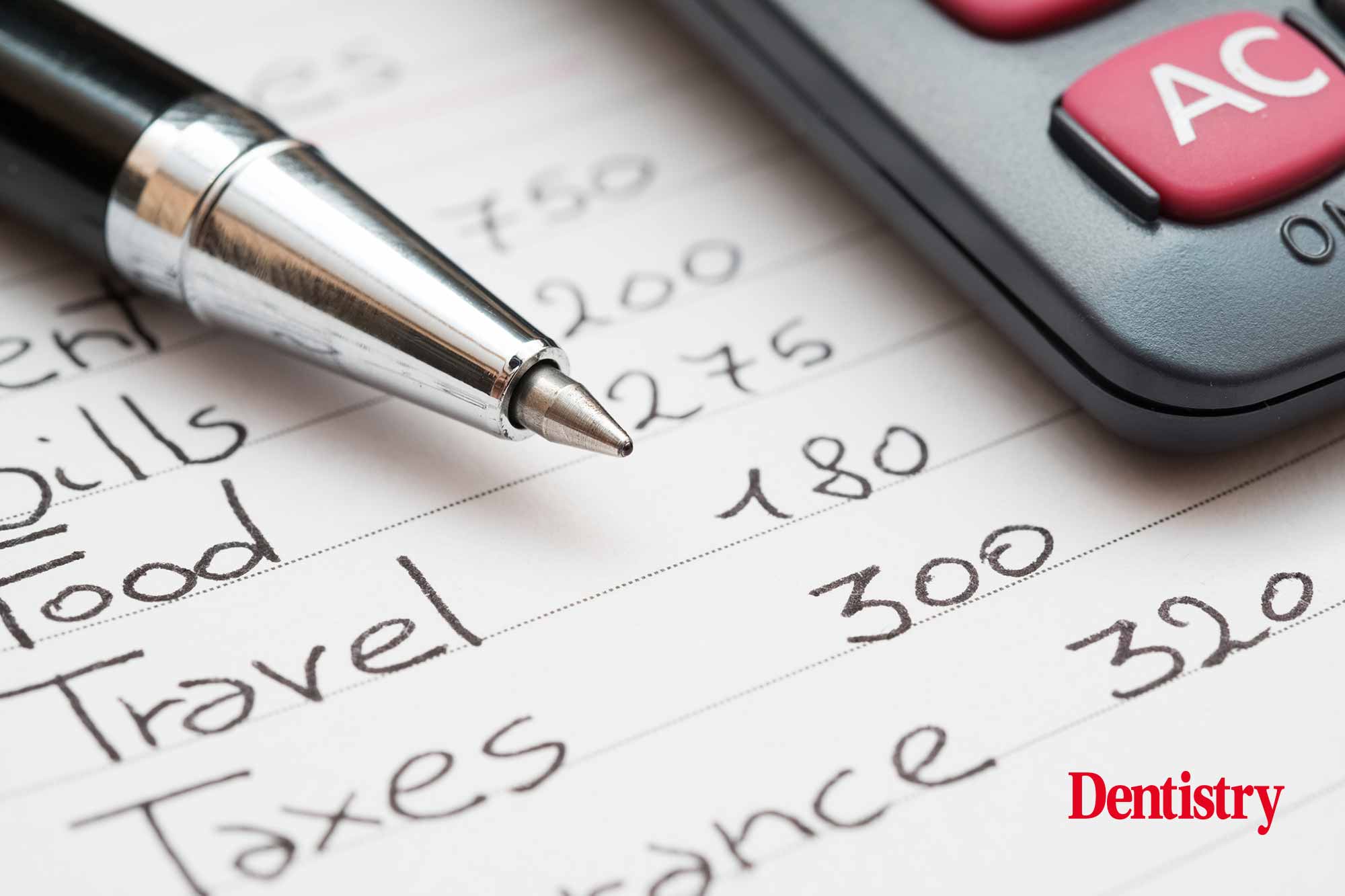 As the UK rushes headlong into the most serious cost of living crisis in decades, we take a look at salary levels within dentistry and investigate how those working within it are keeping pace.

We are facing financially hard times, with ever-increasing food, fuel and energy bills conspiring to cripple households and businesses alike.

Britain’s inflation rate is at a 40-year high and there are warnings that interest rates could top two per cent by next year.

With inflation within dentistry standing at more than 11%, lab bills increasing on average by 15% and almost one fifth of dentists seeing their utility bills rise by more than 50%, how are those within the profession coping in the grips of this economic stranglehold?

At the start of the year Dentistry, in collaboration with DD, published its first ever Dentistry Census, the biggest ever survey of dental professionals in the UK. This revealed that the average earnings within UK dentistry were between £25,000-£49,999.

Noticeably, 88% of dental nurses (99% of whom are female) were earning less than this.

Dentistry Census surveyed 816 dental professionals from across the four nations. Divided between 61% women and 39% men across all roles within primary dental care, the responses provide a fascinating perspective on the purses of the profession.

With almost three quarters working within one practice four or five times a week, four per cent of respondents earn £200k-plus per year.

Meanwhile, 31% worked four days a week at their main practice.

The costs of running a dental practice are costly at the best of times. A hike in utility costs, equipment and the price of attracting and retaining staff are nudging dentists further into financially challenging territories.

For NHS dentistry, these struggles are already apparent. Trying to hit changing targets with a reduction of earnings in real terms sets a worrying trend.

But Nick Ledingham, of Morris and Co, specialist dental accountants, and chairman of NASDAL, remained cautious.

‘Whilst it may appear to be a big jump in profits of NHS practices, it is worth noting that NHS profits are still lower than they were more than a decade ago in 2010,’ he said.

Last month, the government made what it called the ‘first significant changes to the dental contract since its introduction’.

They included a new minimum indicative UDA value and higher payment to NHS dentists for more complex cases. But there remained widespread concern that the changes did not go anywhere near far enough.

Many said they will fail to stem the flow of dentists walking away from delivering NHS dental care.

But Mohsan Ahmad, an NHS dentist based in Manchester and chair of Greater Manchester Local Dental Network, is more optimistic.

He says: ‘There are a lot of things that can be done to keep NHS dentistry viable as a business and much centres on managing appointments and ensuring patients are attending.

‘With NHS dentistry, there’s some guaranteed income. If you know you are able to hit targets (and of course this can be challenging), you have an idea of what you will be earning per annum. So there is a safety net there, although I know some would argue this is in fact a “safety noose,’ he says.

‘Some of our patients are having to make difficult decisions about whether they have food on the table or pay for dental treatment. And it is in the lower socio-economic areas that NHS practices thrive, so there are benefits for some to keep an NHS contract.

‘Obviously, failed to attends (FTAs) impact on the UDAs we can deliver. So having an efficiently run practice is key. Yes, it is becoming more difficult – and this was before Covid-19, the hike in extra energy prices and increase costs of consumables.

‘Brexit too had quite a significant impact on the cost of materials. Now, practices are looking to add some private care to their NHS delivery and that is one of the ways dentists can continue to offer mostly NHS dental services to patients.’

He added: ‘Whether a private practice or NHS practice, efficiencies need to be made. We need to look how we order certain materials to ensure there is no waste, how we stock our stock room and how we book our diaries.

‘We need to consider utilising changes in how we pay utility bills. As the landscape changes, dental practice owners need to look at economic efficiencies to ensure we are able to ride the wave of these challenges.’

When it comes to associates, the Dentistry Census showed they are typically paid 50% of private treatment fees – just four per cent of associates are paid more than this – with 30% of associates getting paid £11-£11.99.

But NASDAL’s Nick Ledigham again warned of a future of financial challenge. ‘Associates’ pay has seen a big fall over the last decade in both real and relative terms,’ he said. 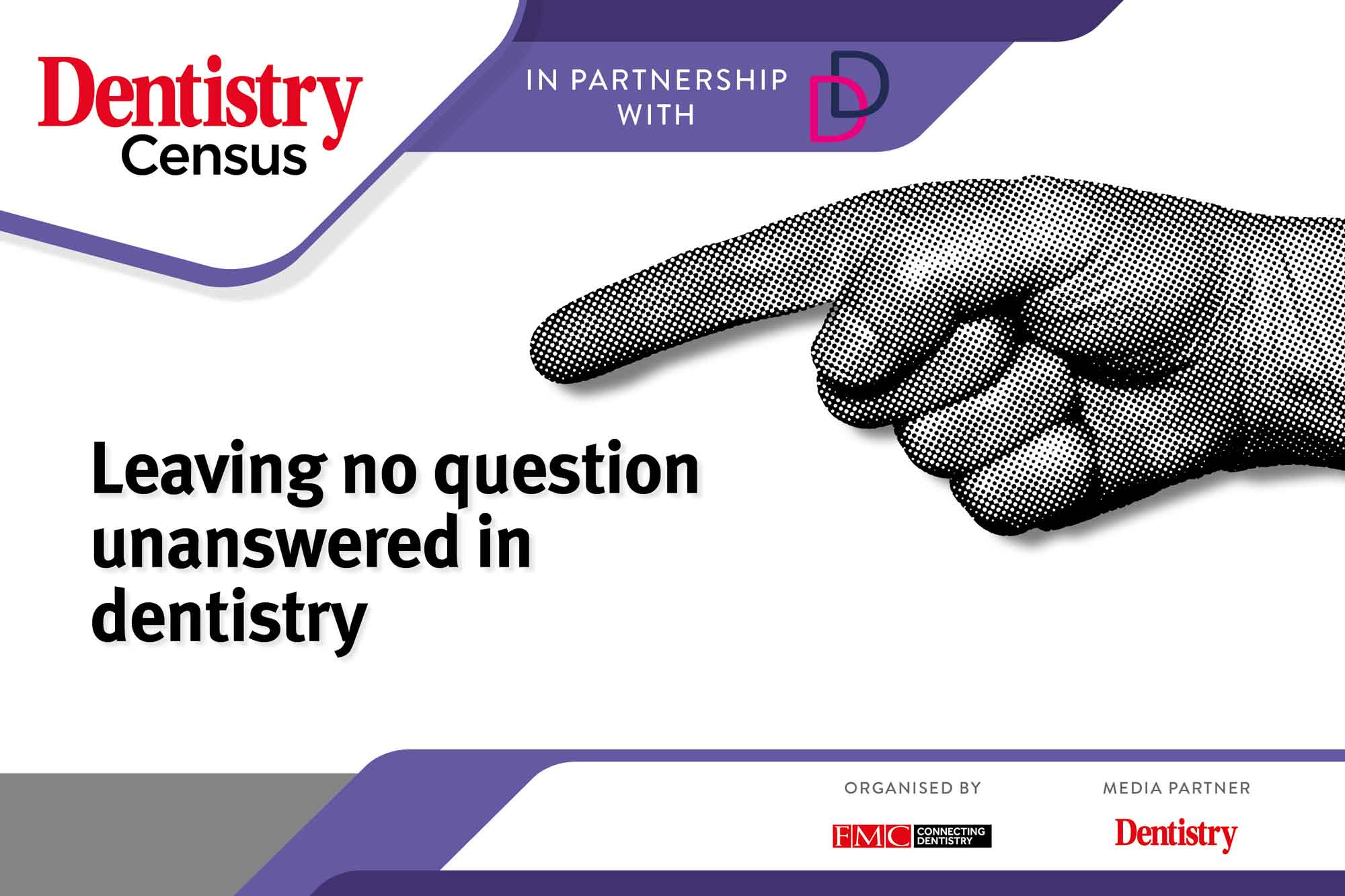 Dental nurses are the lowest paid member of a dental team.

With 99% of dental nurses made up of women, feedback in the Dentistry Census reveals that 88% are earning less than £25,000.

Unsurprising then that 74% of dental nurse respondents in the Dentistry Census deemed the General Dental Council (GDC) annual retention fee (ARF) of £114 per annum to be ‘too high’.

Many dental nurses are expected to pay their own GDC annual ARF and indemnity cover as well as meet CPD expectations. Some are required to fund training, which can eat into smaller budgets. This is a growing challenge amid cost of living concerns.

The GDC also looks set to raise the ARF come 2023. This is a move signalled within its emerging strategic plan for 2023-25.

However, the dearth of qualified dental nurses might arguably have made for a more competitive market.

Dental business coach Chris Barrow talked to Society of British Dental Nurses’ president, Fiona Ellwood, in a podcast at the tail-end of last year. He believed the pandemic might prove to be a catalyst for revisiting the whole area of dental nursing.

With Brexit and Covid-19 shrinking the health workforce, ‘conditions and pay of the dental nurses needs to get better’.

He added: ‘It’s not just about the money, but it is a factor and it is reasonably fair to say that one of the reasons we are seeing a brain drain from dental nursing is because firstly the working conditions have become very challenging and secondly, the rate of pay compared to other jobs you can do with your working life has become, I believe, uncompetitive.

‘If we are going to stop the rot in terms of dental nurses leaving the profession, we need to revisit pay, conditions and recognition.’

When it came to dental hygienists, dental therapists and the dually qualified DH&Ts, the Dentistry Census revealed that 74% earn between £25,000 and £49,999.

Mostly, they are working at one or two practices (38% and 35% respectively). The majority (94%) of this cohort of dental professionals are female.

Within the government’s reforms to the dental contract last month, dental therapists will now be able to accept patients for NHS treatments. They can provide fillings, sealants and preventative care for adults and children. This will free up dentists’ time for urgent and complex cases.

But the full utilisation of a dental therapist’s skills could also help private practice teams tackle the patient backlog.

She believes the Dentistry Census figures ‘tell only a very small part of the story’.

She said: ‘It is important to find out how many dental hygienists and dental therapists are working full-time, are salaried, on hourly rates or on percentage-based contracts. Also, how many of these individuals are working to their full scope of practice and being reimbursed accordingly?

‘There are many aspects to consider when it comes to pay. For example, the rate of inflation, the cost of living and growth in service demand. Everyone in the dental team should be considering what this means for their income.

‘There is a danger that those who are employed, or who are on hourly rate contracts, could see a net decrease in their income if they do not renegotiate their contract value.’

A role widely considered underpaid, the expectation upon them to fully embrace digital systems might well speed up processes and please patients. But it does come at a heavy cost to their pockets.

Additionally, with the price of materials spiralling, coupled with the problems for supply chains, dental technicians now have many factors to consider when it comes to their earnings.

He wrote: ‘I feel technicians have been vastly underpaid for years. It’s one of the main reasons we cannot recruit new people. The start base salary post degree is peanuts. I see BSc dental technology trained technicians taking jobs in supermarkets as the starting salary is higher.’

With capital spend growing ever more demanding, he adds that dental technicians should use this new technology to their advantage.

‘Capital equipment in labs is at a record high… We need to be business-minded in these investments and that should be reflected in our pricing model.’

From August to September 2021, we carried out the first ever Dentistry Census. This is the most comprehensive survey the UK dental profession has seen.
Dentistry, in collaboration with DD, undertook the extensive survey to explore the current state of the profession and the future implications for dentistry.

We would like to thank all the dental professionals who took part in the Dentistry Census. We would also like to thank DD for their support.

*The Dentistry Census is based on a survey of 816 dental professionals from across the four nations. It was undertaken from August – September 2021, in collaboration with DD using Surveymonkey to collect the data.

With the cost of living on the rise, Iain Stevenson questions how this might impact your pension and plans to…