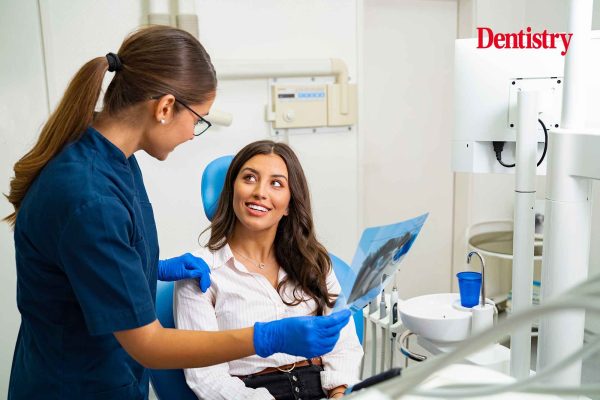 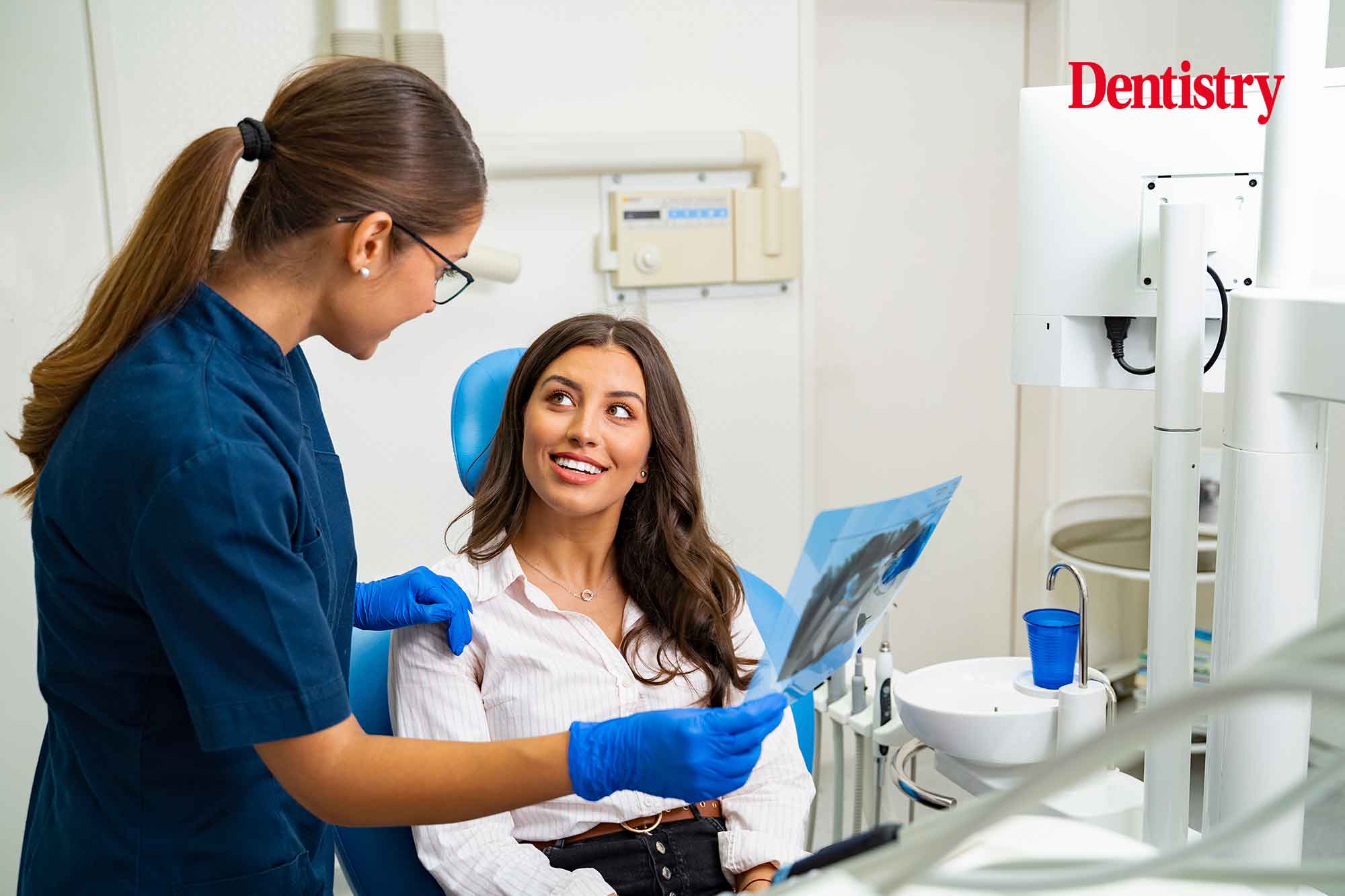 Sharon Kaur explores the challenges of racism in dentistry and gives her personal experiences as well as explaining how to tackle racism with dentistry.

During 2020-21 we saw some massive shifts towards opening up the conversation around racism. The death of George Floyd captured the world’s attention. It sparked the Black Lives Matter movement, with protests taking place around the globe (Kadiyo and Mellish, 2021).

Closer to home, we saw racist attacks on young black footballers when England’s Euro 2020 dreams came to an end. And, more recently, cricketer Azeem Rafiq spoke out about suffering years of racist abuse while playing for Yorkshire County club. This lead to the resignation of several top officials.

Even closer to home, the dental sector experienced its own race scandal. Former GDC committee chair, Rashpal Singh Mondair, was suspended for making racist comments saying that he would not want to be treated by a dentist from Africa. Witnesses suggest he has previously expressed similar views regarding dentists from Asia and eastern Europe (Kadiyo and Mellish, 2021).

I believe all professions have a duty to address racism from within every corner of their ranks. No longer can this issue be swept under the carpet. No more can people pretend it’s not happening under their noses.

The message is: racism in all its forms will no longer be tolerated.

Racism and racial inequality in dentistry

For many people of colour, the idea that racism exists not just within dentistry, but within the world at large, is nothing new. They are likely to have experienced it first-hand.

However, the discussion is no longer limited to those who have suffered racism directly. It is now an issue we must all take collective responsibility for; for the sake of our patients, our colleagues and the next generation of dentists, whatever their backgrounds, culture or skin colour.

Racism affects both dental professionals and our patients. It filters into all aspects of dentistry, including treatment planning and disease diagnosis (BDA and FGDP(UK), 2020).

Black British dentists and dental care professionals (DCPs) are significantly under-represented in the UK workforce. In fact, black people account for only 1% of the General Dental Council (GDC) register (Lala, Baker and Muirhead, 2021).

A critical analysis of the UK dental workforce looked at the underrepresentation of racialised minorities across the three stages of the pipeline through the critical lens of power.

While they observed adequate representation of racialised minorities in the first two stages; entry to dental schools and completion of dental education, the categorisation of diverse groups into a single ‘BAME’ category, they said, concealed the underrepresentation of black people. In fact, black prospective students have a 19% acceptance rate into dentistry. This compares with 54% white and 41% Asian (BDA and FGDP(UK), 2020).

The study also observed that all racialised minorities were underrepresented in the third stage of the pipeline; career development and progression.

Consistently across dental institutions, as the level of seniority increases, the representation of racialised minorities decreases. Thus, senior decision-making and agenda-setting spaces in UK dentistry are overwhelmingly white.

Furthermore, a May 2021 report on Equality, Diversity and Inclusion within Dentistry, published by the Diversity in Dentistry Action Group (DDAG), highlighted the lack of racial diversity among dental professionals (Patel et al, 2019).

According to the report, 90% of participants felt that institutional racism was a primary factor preventing individuals from progressing their dental careers in their organisation.

The lack of representation continues into academic positions. Here just 1.2% identify as Chinese and 0.9% as black. At professor level, 91% of staff identify as white, and 78% as male.

The report also showed that inequalities impact the provision of care. Patients from ‘an ethnic background’ are more likely to have tooth decay or other unmet treatment needs. They are also more likely to report difficulties in accessing NHS dental care (Patel et al, 2019).

I went to university in Birmingham, and Asian people dominated my year. So I never experienced any direct racist comments during my dental training.

It was when it came to applying for jobs that I first felt racial (and gender) inequality myself. I found that if you were a certain ethnicity, ie a white man, you were just more likely to get something.

My friends and I would have this conversation. We didn’t really have any substantial evidence to back it up, but it was almost like that would always be the ideal candidate.

We just knew we’d have to be that little bit extra, and I have definitely become more ‘Westernised’.

My first name is actually Sharonjit, and I remember putting it down as just Sharon on my CV. I thought I’d be more successful at getting a job if I dropped the ‘jit’.

When I came into the practice I now own, I remember a patient making a comment that resulted in his banning from the practice.

I carried out his examination and scale and polish and remember saying: ‘I’ll leave you with the nurse’. The door was open, and as I walked out, I heard him say: ‘She’s very fast, isn’t she? Is that how they treat their camels back at home?’

I was born and bred in England. And I’ve never seen a camel in my whole life. But that is obviously a racist comment.

I contacted the PCT at the time, and I got him removed from the practice. When I went on maternity leave, people were saying: ‘The little Indian dentist has gone’. So he tried to get back in. I don’t think he realised I owned the practice.

Another comment I experienced was when I was going on maternity leave, and a male patient said: ‘You lot are always having babies.’ This was a patient whose whole family I treat. His wife was mortified, and he looked extremely embarrassed.

In this situation, I didn’t ban him from the practice. I know deep down he’s not a bad man, so I don’t really understand why he said that. But that isn’t appropriate.

Documenting comments from patients, racist or not, is always a good idea to include in your record keeping. This allows for a third person to get a gist of what the clinical interaction involved. Not to mention documenting things that happen there and then forms part of contemporaneous clinical record keeping.

If you experience a racist comment and feel you can no longer treat a patient, my advice is to ring up your dental protection defence union and ask for advice. Then speak to the local area team and say you are unhappy with a patient’s comment.

If there’s an irrevocable breakdown of the patient-dentist relationship, then you do not have to see that patient anymore. You do, however, have a duty of care to make sure that they’re still safe and you’re not neglecting their health.

How is the dental industry tackling racism?

The GDC is taking steps to work on equality, diversity and inclusion. It published its EDI Strategy 2021-2023 earlier this year.

In July 2020, the British Dental Association also set out its commitment to tackling racism and discrimination at all levels in dentistry.

As previously mentioned, the DDAG was set up in response to the Black Lives Matter movement. While the first report focused on racism in dentistry, the body is committed to challenging imbalance in other areas. It aims to: ‘Co-create a systematic approach for practical action’ in tackling discrimination and inequality with plans to address wider protected characteristics and discrimination issues, including gender and sexual orientation.

We have to create working environments that people feel safe in.

Last, speak about it. If we don’t talk about racism and shine a light on it, then it’s never going to change. The onus of responsibility is down to us as individuals to speak out.

The world seems to have woken up to the need to address racial inequality. We’re starting to call racism out on a wider scale.

I hope that by opening up the discussion around racism, we can begin to affect real change, not just within our profession but within society as a whole.

Brignardello-Petersen R (2019) There seems to be racial bias when making treatment recommendations for patients with irreversible pulpitis and borderline restorable molars. J Am Dent Assoc 150(8): e117