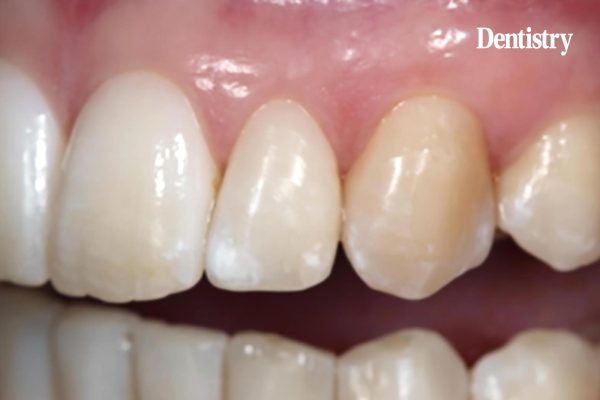 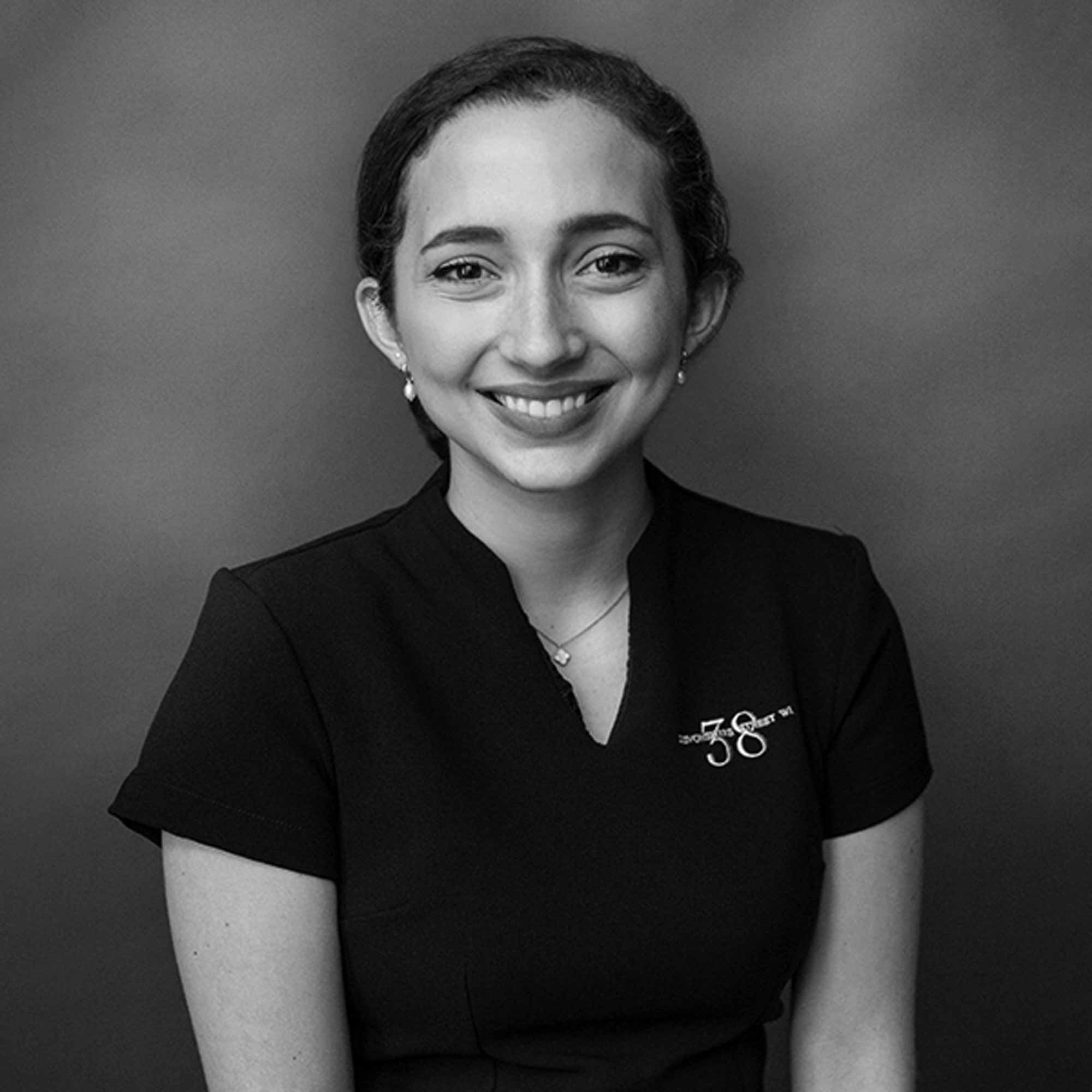 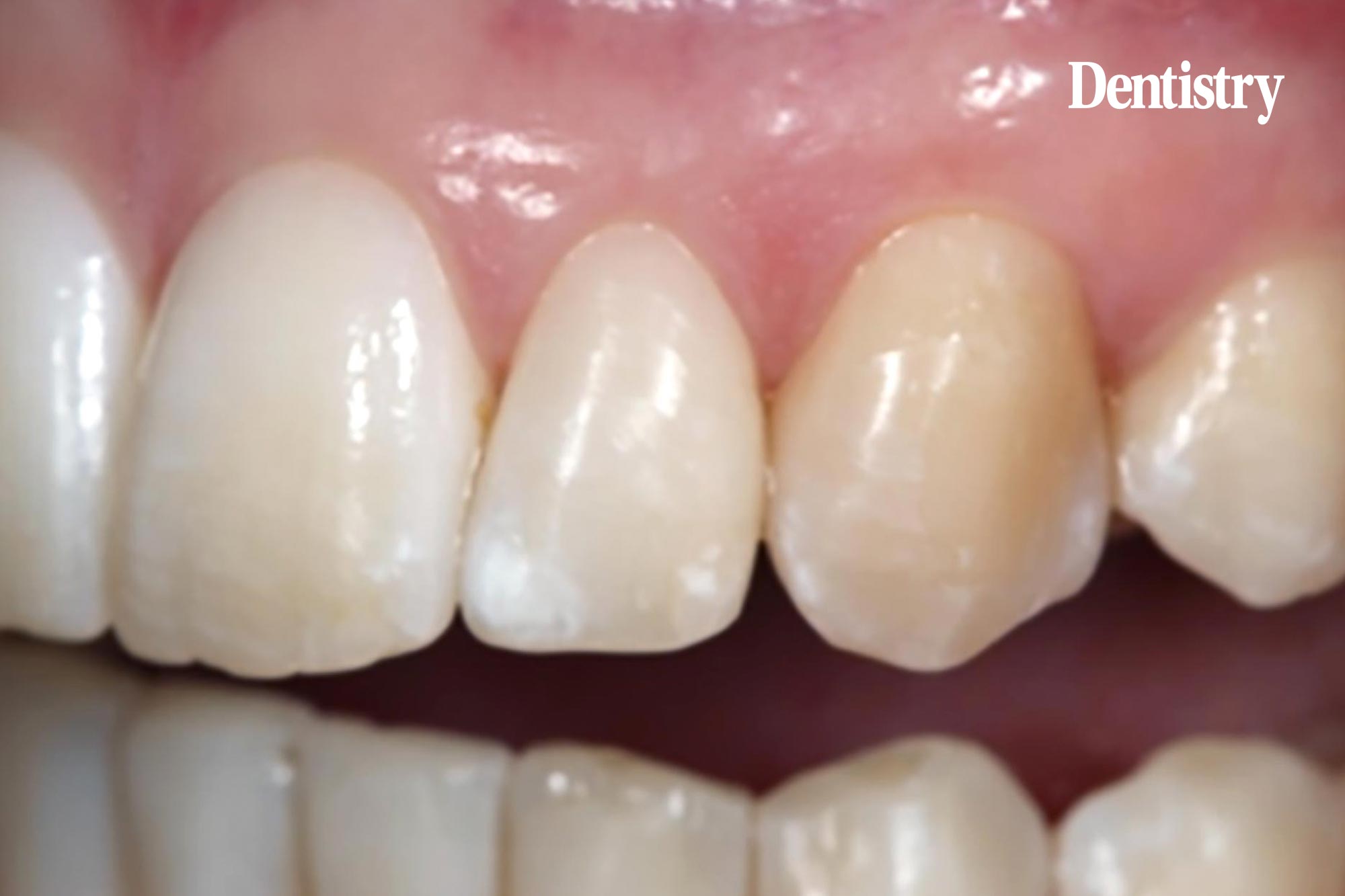 White spot lesions on teeth are defined as enamel surface and/or subsurface demineralisation without cavitation.

Dentistry has seen a rise not only in the prevalence but also the severity of these defects. White spot lesions can be caused by numerous reasons, thus affecting prognosis and the treatment options available to remove them.

The dental industry has been pushed to adapt and create less invasive alternatives for removal of these white spots. When once the only alternative to white spots was drilling the defects away, we now understand the science and causes better, allowing us to create minimally invasive, preventive alternatives.

Both patients presented with white spot lesions on their anterior teeth. The lesions had been present from the eruption of the permanent teeth. Both patients were mainly concerned with the appearance of the white spots, requesting for the spots to be removed.

Following examination, neither lesion was carious. There were no signs of trauma or periapical infection and both teeth tested positive with Endo-Frost.

Both patients were fit and well with no known allergies. Neither patient had experienced illness or complications perinatally or postnatally, with their births being unremarkable. Their mothers had also experienced no difficulties during pregnancy and had not had antibiotics.

Both lesions were indicative of traumatic hypomineralisation. Although many clinical diagnoses are possible, the punctiform lesions were asymmetrical, appearing only on one tooth on the incisal coronal third. Neither patient had poor oral hygiene or a history of fixed braces, confirming that the hypomineralisation had not been caused by accumulation of plaque.

Several treatment options were discussed for removal of the white spot on the labial surfaces of the teeth in question (Greenwall, 2013):

The advantages, disadvantages, prognosis and cost of each treatment option were covered. As both lesions were small, relatively shallow white lesions, it was recommended to treat the lesions as atraumatically and non-invasively as possible.

After the whitening, three weeks was allowed to wait for remineralisation and rehydration of the teeth (Titley, 1993). At this point, both lesions had been exacerbated by the whitening as expected.

Icon resin infiltration was performed on the white lesions in question with the following technique:

Review of treatment and comments

White lesions present with an intact layer of enamel followed by a subsurface porous area, called ‘the body of the lesion’. The pore volume of these areas of demineralisation increases, thus altering the refractive index of these lesions compared to adjacent sound tooth structure.

The more porous the lesion is, the more water and air lies within it, altering the refractive index (RI) compared to sound enamel (Cazzolla, 2018). The alteration in refractive indices between the porous enamel (RI=1-1.33) and the non-affected enamel (RI= 1.65) (Denis, 2013) produces the optical illusion of a white spot lesion.

The ethanol drying agent (Icon-Dry) is then applied to allow for complete drying of the lesion. The agent creates a dry field that encourages resin to be drawn into the lesion through capillary action. The resin infiltrant then is in an optimal position to occlude the microporosities, preventing any further demineralisation and altering the refractive index to become more similar to that of unaffected enamel (RI of resin = 1.475).

In both cases, Icon resin infiltration was effective and successful at treating the white spot lesions. Both patients were extremely satisfied with the physical outcome of the procedure and the painless and non-invasive nature of the treatment.

Icon resin infiltration is an effective treatment option for patients exhibiting traumatic hypomineralisation in certain cases. As the depth and morphology of the lesion cannot be distinguished clinically, treatment with resin infiltration should be done with caution and the patient warned of unsuccessful or incomplete resolution (Denis, 2013).

Nevertheless, in both cases mentioned, the white spots were removed atraumatically with Icon resin infiltration, proving that the procedure should be attempted before moving on to more invasive treatment options such as direct or indirect restorations. At six-month follow-up, the resolution of the lesion remained stable.

Join Megan Fairhall as she discusses managing suitability for teeth whitening during a free webinar at 19:00 on Thursday 2… 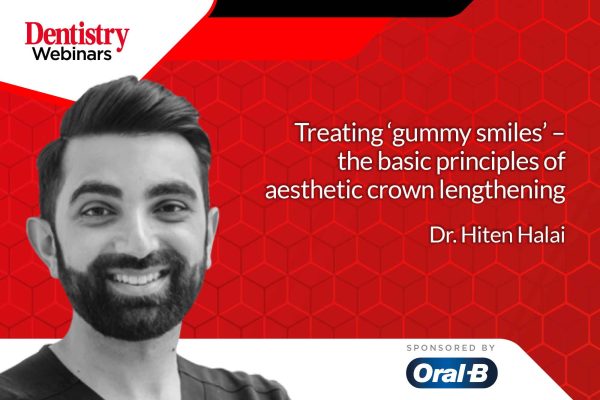 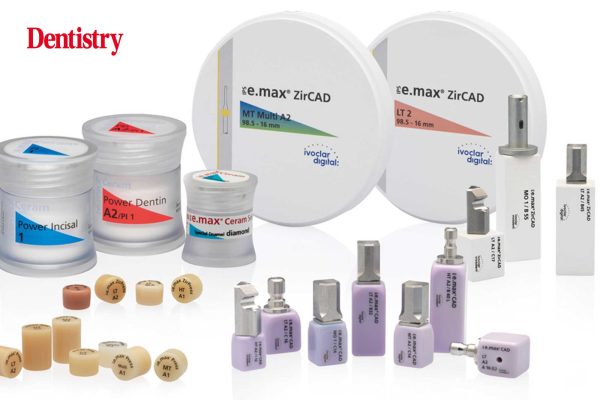 A letter to my younger self – Gurs Sehmi