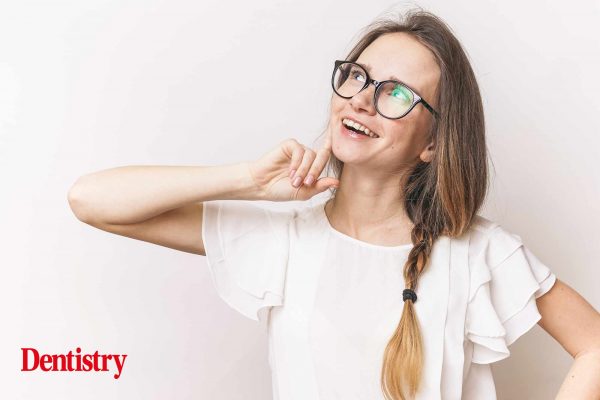 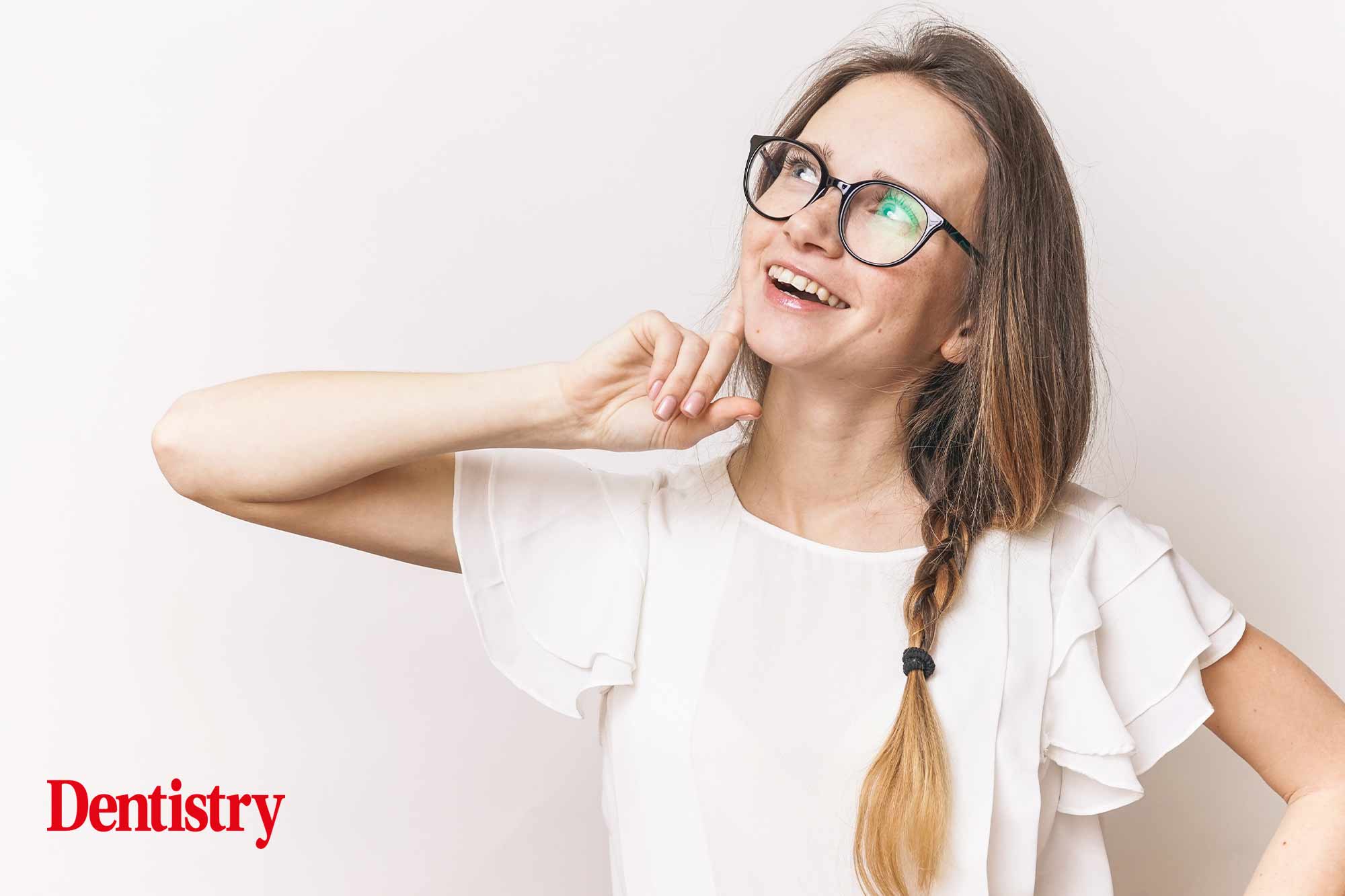 It opens the vertical dimension of occlusion (VDO), without having to treat the back teeth. The technique can be thought of as a non-invasive, preventive treatment and, for the right case, can stop a patient from developing full-mouth wear or needing oral rehabilitation. I also use it as a way of protecting anterior guidance and function.

Dahl is often viewed as an unconventional way of treating wear. However, many of the traditional restorative options have expensive final outcomes. This can be a barrier for the patient. I use the Dahl technique nearly every day in my practice. I have been doing so for more than 25 years.

Arguing for one type of approach over another is difficult. Few dentists have tried all the techniques extensively. However, I found that in cases where the combined anterior wear in both arches is 6mm or less, and there is still some enamel coverage on posterior teeth, it is my preferred mode of treatment. Teeth and guidance can be restored and within a few months, posterior contacts regained.

I usually employ traditional techniques in more severe cases. There are important caveats for using Dahl; for example, patients should have a reasonably well-aligned posterior arch, and care should be taken not to generate off-axial forces.

Modified Lucia jigs have been used as anterior deprogrammers to help the mandible find centric relation (CR). Direct composites can also be used as an anterior deprogrammer. Because of their resilience and ease of manipulation, even in small thicknesses, resin composites represent an ideal material to restore the palatal surface (Cardoso et al, 2000) and the worn lower anterior incisal and canine edges.

By identifying the difference between maximum intercuspal position and CR, using pressure to gently guide the mandible, the position of the direct composite can be set slightly posterior to maximum intercuspal position (Magne et al, 2007). This will create anterior contact on the incisial edge build-ups and possibly create premature contacts on the posterior teeth. These can be improved through minor equilibration, but the residual space will eventually close through passive compensation and settling over a few months.

The following case shows how Venus Diamond composite can be used to place balanced and axial-force generating Dahl build-ups. Lower-edge direct build-ups and an upper ‘Dahled’ retainer are used as an interceptive method to stop a teenager developing full-mouth wear.

The Dahl principle allows such cases to be treated early to help avoid more extensive work. Why should treatment only commence once the patient has developed further wear? Is it necessary for the whole occlusal vertical dimension (OVD) to be increased with full arch restorations, to treat anterior wear only?

An 18-year-old female came to see me at Dental Elegance because she wanted the aesthetics of her smile improved (Figure 1). Due to anterior wear, she was reluctant to show her worn teeth and she was experiencing increased sensitivity (Figures 2 to 4).

The patient was medically fit and healthy, with good oral hygiene. She presented after orthodontic treatment with a significant amount of anterior tooth surface loss, and dentine exposure on the lower and some upper edges (Figure 5). Parafunction was the likely cause.

There was no posterior wear, but she was losing anterior guidance and starting to develop posterior interferences (Figure 6). She had no temporomandibular disorder symptoms.

Treatment choices to improve her smile included providing the patient with a splint, which would prevent tooth wear caused by night-time grinding. However, this method would offer no protection during the day and it was important to preserve the dentine from further erosion. Ceramic veneers were possible, but irreversible and expensive. They would require tooth structure preparation and would begin an ongoing restorative cycle.

Direct composite veneers using the Dahl technique were an option. It was explained that the surfaces of the teeth would need complete coverage, making alterations difficult and increasing the maintenance costs.

Instead, the patient opted for composite edge bonding with the Dahl technique, and tooth whitening. She preferred the minimally invasive nature of the composite edge-bonding treatment and the lower cost. She also understood that the material was easy to adjust, add to and repair.

Tooth whitening was undertaken with super-sealed home trays and Philips Zoom! Daywhite. This whitening system contains 6% hydrogen peroxide, and the patient bleached for just 35 minutes a day, over a three to four week period.

The teeth were prepared using water-based air abrasion and etched with 35% phosphoric acid. Kulzer Ibond Universal was applied and light cured, in accordance with the manufacturer’s instructions.

Direct build-ups were placed on the lower 4-4 worn teeth using a freehand composite technique. Adding to the lowers increases the vertical dimension. When doing this with the Dahl principle, my aim is to prop the anteriors open, loading primarily on the canines. This was balanced and checked with articulating paper. A light contact was then generated on the incisors and checked with articulating paper.

Two weeks later, the upper teeth were edge bonded (Figure 7). The teeth were lengthened for functional and aesthetic reasons. During the same appointment, the upper anterior and canine guidance was adjusted and improved.

Three to four millimetres of composite were added to the anterior region (Figures 8 to 10). This separated the back teeth by 1.5mm to 2mm. During the first two weeks, some condylar seating was expected, as the anterior bonding would have a deprogramming effect.

Each tooth was restored using Kulzer Venus Diamond in layers of the Opaque Light (OL) and B1 shades (Figure 11). The composite was laid freehand in a reverse triangle technique, which blocks out the light transmission on the join (Figure 12). I have used Venus composite for 10 years and it is the perfect material for edge bonding because of its high strength in thin sections.

It has a great colour match, which adapts and blends in well to the surrounding teeth. This is particularly useful when applying the reverse triangle technique. The dentine material has a natural opacity and helps to block out and mask transitions effectively (Figure 13). The matching enamel shades also blend well and have great polishing qualities.

The patient’s teeth were given a light polish immediately after edge bonding. The patient was recalled after a month, to ensure no posterior interferences developed.

To counteract any risk of hygroscopic expansion, the teeth were polished again with the high-gloss Kulzer Venus Supra kit. This simple-to-use system does not cut or damage the composite, and the rubberised polishers are the correct shapes to create a high lustre. The final shine was achieved with a flexible felt and mylar disc, and polishing paste.

After one month, the posterior contacts were starting to settle and at the two-month review, the contacts were completely closed (Figures 14 and 15). This process appeared a little faster than usual, but younger patients do seem to ‘Dahl’ more quickly. Once the bite had settled down, an impression was taken using Kulzer Xantasil to fabricate a clear permanent Essix retainer for the patient to wear at night.

The Dahl principle can offer dentists another way of approaching wear and occlusal issues, especially in mild and moderate cases. When used correctly, this interceptive method can stop patients from going on to develop full-mouth wear.

Directly bonded composite can act as a fixed Dahl appliance and is reversible. The clinical ease with which composite restorations can be modified and altered offers better control over the outcome of the treatment. I believe this is the ultimate preventive dentistry.

The patient was thrilled with her teeth. The treatment was simple, cost effective and can last for five to 10 years. This prevents any further anterior wear (Figure 16). If ceramic alternatives can be avoided, many patients who simply don’t have the budget can have wear issues treated and reversed at more realistic prices. 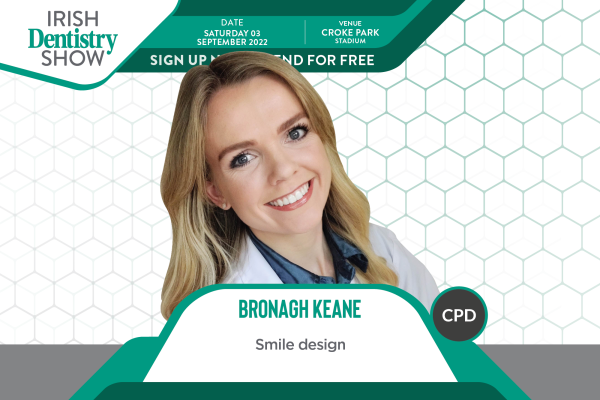 Bronagh Keane is making her way to the Irish Dentistry Show! Catch her lecture on smile design on 3 September…

3d
|
Aesthetic Dentistry
"Company" would like to send you relevant email communications to this webinar, by opting in to receive these emails you are agreeing to be sent email communications by "Company".
You can opt-out at any time.
Dentistry Online uses cookies to give the best experience. If you continue to use our site, we will assume that you agree to the use of such cookies. Read More.
Accept