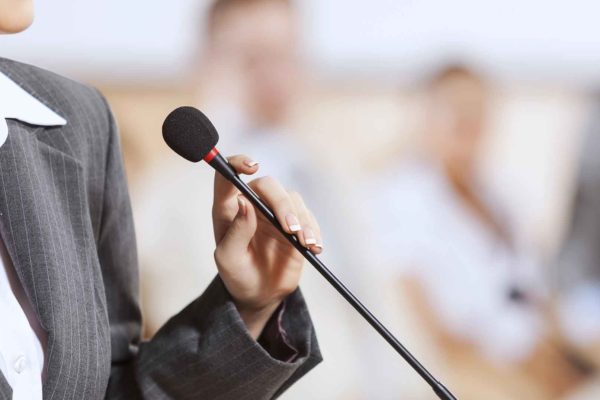 The recent COVID-19 pandemic has given rise to ACPs, Martin Fallowfield says. Here he explains what they are.

Many years ago as a stripling dental student I worked, along with several other bright young things, as a temporary sales representative for Colgate-Hoyt; visiting dental practices and introducing them to Colgate’s myriad fluoride products. My territory was Manchester/Cheshire/Derbyshire.

As a result I became personally acquainted with some wonderful dentists including the Kurers, Ellis Paul and Phil Wander.

This article is inspired by a very clever, perhaps less well-remembered colleague, Douglas Barber. Douglas was kind enough to let me have reprints of a number of articles that he had published in one of the dental magazines then prevalent. One in particular stands out.

That article was an in-depth study of the disease known as Taurofaecalosis. Taurofaecalosis is a disease prevalent amongst those in power. It can lead to a virulent variant of the aerosol generating procedure (AGP) – the bovine flatulence aerosol (BFA).

People generally generate BFAs with a predilection for retrograde vocalisation per anum (RVPA). BFAs have become unbelievably common throughout COVID-19 and have spread through the dental population much faster than the coronavirus.

Some of the particularly nasty strains have induced something akin to panic when they appeared in print. Symptoms also include varying degrees of paranoia leading to such questions as; ‘Is it sufficient to use only a 6KW petrol-engined steam cleaner to disinfect patients prior to an AGP?’

The issues that surface regarding BFAs and RVPA though, we can trace back to the sudden rise in ACPs.

ACProtocols (ACPs) as we all know, have been in existence since time immemorial. Possibly since the first ancient Egyptian threw a tarpaulin over his mule to keep it dry.

ACPs, also known as maximum gluteus maximus protections (MGMPs), have been the particular prevalence of politicians and those in military service for some considerable time. They have become particularly rife in medicine and dentistry since the scandals that followed Shipman and the Bristol heart case.

ACPs are a fundamental part of NHS service delivery. They lead to trusts having a whole suite of rooms and staff teams of ‘compliance’ officers.

In dentistry recently, we have seen spectacular levels of ACP generation, especially from the offices of the chief dental officers for each of the countries of the UK. It seems that all of the guidance the NHS issues to dentists is driven by ACPs rather than science.

The total reversal of policy on antibiotic prescribing is possibly the worst example of this. For years now the NHS urges dentists (and medical GPs) not to provide antibiotics and to treat dental infections appropriately at source rather than systemically. Now we have the incredible scenario of a CDO tweeting the volume of prescriptions as a success.

The adoption of the longest fallow period in the world is one of the worst ACPs to spread. The danger is that these ACPs do tend to get written down and become akin to laws.

The UK is, I believe, the only country in Europe where endodontic instruments are strictly single use. This particular ACP being introduced on the back of especially flimsy evidence on the dangers of new variant CJD and the infectivity of prions. The former CDO for England, who was an absolute master of the ACP, introduced this ACP. So much so that he claimed the UDA as an unmitigated success. This is obviously an incurable corollary of Taurofaecalosis.

In summary then: beware the permanence of the 60-minute fallow time. Try to wear an FFP3 mask at all times when you think there is a danger of catching Taurofaecalosis through BFAs. And please take every precaution to ensure that you and your staff do not become vectors. In particular avoid the temptation of RVPAs.

In the meantime I think I might change my name by deed poll, Martin Fallowtime – has a bit of a ring to it.