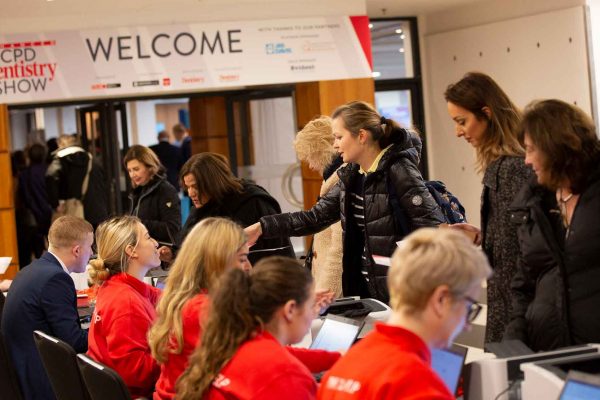 Enhanced CPD Dentistry Show opened its doors today as thousands of delegates look to get a year’s worth of CPD.

Speakers at the free-to-attend event include:

‘This is the 14th year of running the event and it’s just growing in popularity every year.

‘Delegates attending the show benefit from a leading line up of speakers along with a whole year’s worth of GDC recommended topics.

‘So it’s not a surprise to see so many people here today.’ FMC recently unveiled a nationwide show plan for 2020/21, including local dentistry shows around the country.

The move comes as part of FMC’s ongoing mission to bring more tailored exhibitions and seminars to UK dental professionals.

‘The mix of localised shows, with a substantial number of clinical lectures, together with exhibitions featuring a vast array of leading dental companies, has been incredibly well received,’ Ms Ellis continued.

‘Not only that, but in attending it’s also an easy way of gaining CPD free of charge.

‘We try our best for attendees to enjoy the occasion as much as possible.

‘This makes for an enjoyable and valuable day out for the whole team.’