What is the state of health care and adult social care in England? 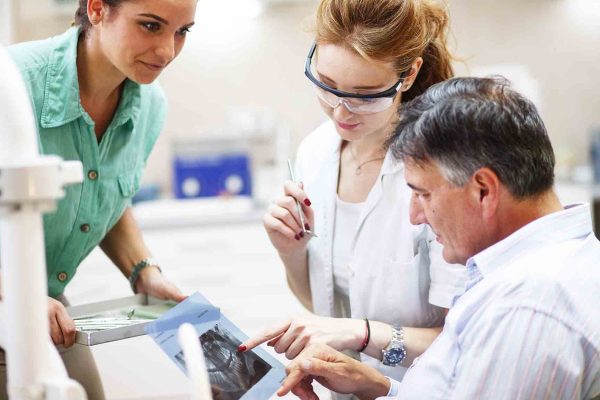 What is the state of health care and adult social care in England?

The CQC report concluded that: ‘Most of the care that we see across England is good quality and, overall, the quality is improving slightly.’

Turning to dental services the report is positively glowing, in CQC terms.

For the vast majority of inspections (85%), it found no need to take any action.

It said it is because: ‘These services were providing care that met the regulations’.

The CQC inspected 1,033 dental practices (NHS, private and mixed), which represented about 10% of all practices in England.

Where the CQC did take action, 13% of inspections resulted in a Requirement Notice.

And in 2% of cases, it took enforcement action.

Action was about whether the practice was well-led, in most of these cases.

The state of health care and adult social care in England

Looking at those aspects of practice that most involve dentists at the chairside, whether they are effective, caring and responsive, the CQC gave dentistry a virtually 100% clean bill of health.

The BDA described this performance as a ‘remarkable achievement and a testament to the hard work and commitment of staff in the face of funding pressures and mounting recruitment problems’.

In an unusual move, the CQC linked the quality of care patients receive to difficulties faced in trying to get care and support.

It commented: ‘Sometimes people don’t get the care they need until it’s too late and things have seriously worsened for them.’

The state of health care and adult social care in England continued: ‘Too many people find it hard to even get appointments.

‘But the lack of access is especially worrying when it affects people who are less able to speak up for themselves – such as children and young people with mental health problems or people with a learning disability.

‘Too often, people must chase around different care services even to access basic support.

‘In the worst cases, people end up in crisis or with the wrong kind of care’, the CQC concluded.

During its inspections for the state of health care and adult social care in England, the CQC saw that increased demand for frontline NHS dental services had led to ‘challenges in accessing appointments’.

But it noted private patients did not experience the same barriers as NHS patients.

Some inspectors had found several examples of dental providers handing back their NHS contracts to commissioners across England.

The CQC concluded that ‘unless services are rapidly re-commissioned this will further affect access to NHS dental care’.

It looked at the number of UDAs commissioned from providers each year.

This was slightly fewer than the previous year and numbers have been falling slowly for the past six years.

However, it noted, population has continued to rise, ‘which means fewer UDAs commissioned per person’.

The CQC noted that: ‘This potentially means that it is more difficult to access dental care’.

Mick Armstrong, chair of the BDA, summed up the overall picture saying –The state of health care and adult social care in England should send a message to Whitehall when health inspectors lead on access problems.

This, he said is ‘the inevitable result’ of a ‘do more with less’ mantra.

Which is pushing NHS dentistry to breaking point.

Mick concluded: ‘We can take pride in what we’ve achieved, in spite of everything.

‘The real risk families face when it comes to their dental care is being unable to secure an appointment.’