Therapists on the march 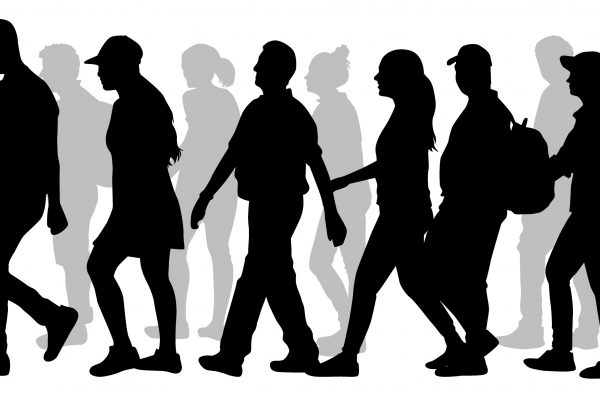 Therapists on the march

Six years ago, the General Dental Council issued its Scope of Practice document.

It defined what each member of the dental team can or cannot do, and whether they can do this direct to patients or under prescription from a dentist.

As a result, last year Dr Margaret Ross OBE, who had retired from her post as senior lecturer for DCPs in the University of Edinburgh spoke out.

She told the Royal College of Surgeons of Edinburgh triennial conference that dental hygienists and therapists can carry out 70% of routine primary care dentistry.

She added they could carry out diagnosis and treatment within their scope of practice.

Despite this clarification of dental therapists’ scope of practice, earlier this year in BDJ Team, Debbie McGovern, president of the BADT, highlighted the rules.

She said the current general dental services (GDS) contract allow only a dentist to diagnose and, without a dentist’s diagnosis, UDAs cannot be claimed.

Only a dentist can open a course of treatment. This anomaly was a burning issue at September’s BADT conference in Liverpool.

It is surely time that ministers – if they can see beyond Brexit – and NHS England realised that there is far more that dental therapists could do to alleviate the current access crisis.

If only the NHS allowed them to do what the GDC allows them to do, without referral from a dentist.

Speaking at a Westminster Hall debate on 3 July this year, Tim Farron MP said the current GDS system ‘fails to use the skills of all dental staff to their full potential’.

He told MPs that the current dental contract ‘restricts the initiation of a course of treatment to dentists alone’.

He added: ‘The fact that [a course of treatment] can be begun only by a dentist creates a bottleneck that prevents patients from receiving the treatment that they need when they need it.’

It allows dental care to be supported by a wider range of staff, such as therapists and hygienists’.

She has since moved on from health in the wake of Prime Minister Boris Johnson’s cabinet reshuffle.

I first came to notice dental therapists when they were being trained at New Cross.

This was less than five miles away from where I was studying to be a dentist at Guy’s Hospital from 1960 to 1965.

However, only 20 years later, the report of the dental strategy review group, Towards Better Dental Health, concluded that ‘further entry into this class [therapists] should be discontinued and the New Cross School closed’.

In January 1982, the proposed closure was raised in the House of Commons by the MP for Greenwich, Guy Barnett.

He was concerned about the reasons the group had given for their decision.

They said dental manpower had increased, that dental caries among schoolchildren and children generally ‘is not as prevalent’ as it was when dental therapists were first established.

Also, dentists ‘now took more interest in the treatment of children than they had done’.

At that time, therapists only saw children and could not work in general dental practice, just the salaried services.

Mr Barnett added: ‘It is noteworthy that the review group, in reaching this conclusion, did so without inviting evidence from the New Cross School.

At no time during its deliberations did it visit the school.’

This was fairly typical of the ‘old school’ dentists who ran dentistry in those days.

They went around muttering about the ‘dangers of diluting the profession’.

Such views still abound. For instance, in the state of Wisconsin in the US, plans are being drawn up to license therapists to address serious access problems in the state.

A one Dr Prehn opposes this. He said: ‘I’m kind of concerned about the quality of care that patients would have with the dental therapist.’

UK dental therapists are trained to a standard that is in no way inferior to that of dentists.

There is often an untrue inference that they can only do ‘basic’ work to a basic standard.

In her memoir – Open Wide: Memoir of the Dental Dame – Dame Margaret Seward described the struggles she had.

As GDC president, she struggled to gain recognition to all members of the dental team.

She persevered, in the face of considerable resistance by dentists and the British Dental Association.

In May 1999, the GDC approved professionals complementary to dentistry.

There’s no I in team

That, 20 years ago, should have been that. My profession should have accepted that they were no longer ‘kings of the castle’.

They were part of a team.

In the same way as doctors are part of the medical team.

Old-fashioned attitudes linger beneath the surface and are preventing progress.

There are real problems with access to dental services in the UK.

And the scandal of children facing general anaesthesia for preventable extractions.

It’s no use blaming the government, asking for more money and hoping a reformed contract will do the trick.

The whole profession, and I don’t just mean dentists, should come together.

They should agree a strategy that will involve all members of the team working to the full extent of their scope of practice.

It could, at last, remove what Tim Farron described as the ‘bottleneck’ that prevents patients from receiving the treatment they need.

958d
|
Blog
"Company" would like to send you relevant email communications to this webinar, by opting in to receive these emails you are agreeing to be sent email communications by "Company".
You can opt-out at any time.
Dentistry Online uses cookies to give the best experience. If you continue to use our site, we will assume that you agree to the use of such cookies. Read More.
Accept