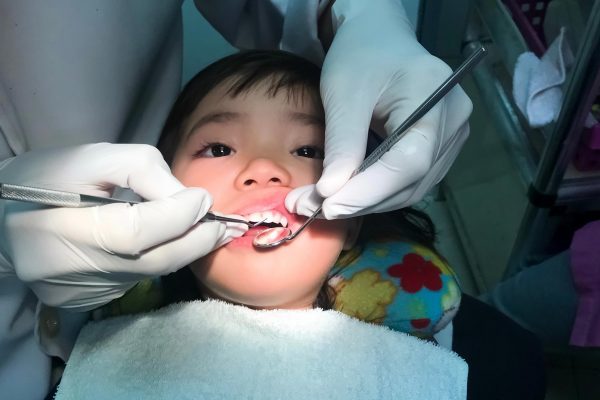 There were 45,077 extractions of multiple teeth in under 18s in England over the last year.

Local Government Association figures also show the cost for extractions to the NHS in 2017/18 was £38.9 million.

There has been an 18% increase in the number of extractions costing the NHS £205 million in total since 2012.

‘These figures highlight the damage that excessive sugar intake is doing to young people’s teeth,’ Councillor Ian Hudspeth, chairman of the LGA’s Community Wellbeing Board, said.

‘The fact that, due to the severity of the decay, 180 operations a day to remove multiple teeth in children and teenagers have to be done in a hospital is concerning.

‘It also adds to current pressures on the NHS.

‘This trend shows there is a vital need to introduce measures to curb our sugar addiction.

‘There must be a reinvestment in innovative oral health education, so parents and children understand the impact of sugar on teeth and the importance of a good oral hygiene regime.

‘Untreated dental care remains one of the most prevalent diseases affecting children.’

The BDA has blamed the Government for the growing numbers pointing to inaction and a lack of funding.

It calls on Health and Social Care Secretary Matt Hancock to ensure dentistry budgets benefit from the NHS70 investment.

‘The Government says prevention not cure is the mantra, but still treats dentistry as an optional extra,’ BDA chair, Mick Armstrong, said.

‘Tooth decay remains the number one reason for hospital admissions among young children.

‘But Ministers have not put a penny of new investment into early years prevention.

‘In Scotland and Wales sustained efforts are helping turn the tables on decay in nurseries and primary schools.

‘Kids in England need the authorities to do more than wave a white flag.

‘In the NHS’s 70th year Ministers need to offer more than unfunded gimmicks.

‘We require a dedicated, and properly resourced national effort to end the scandal of childhood decay.’