Smoke, mirrors, and sleight of hand 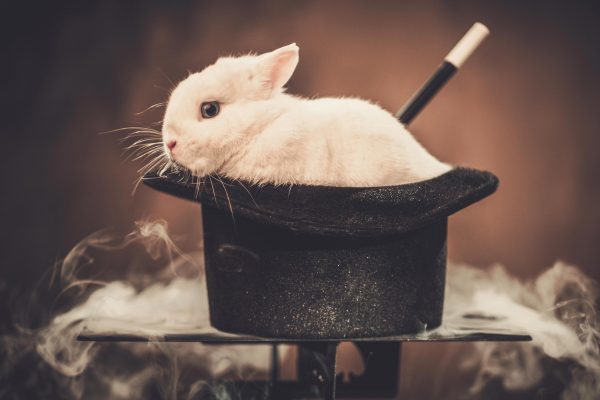 Smoke, mirrors, and sleight of hand

As the Government helped to push Carillion towards collapse, could it be doing the same for NHS dentistry, Kevin Lewis asks.

The Carillion story has to some extent gate-crashed the traditional midwinter NHS party. This is the time of year when the NHS’s valiant efforts to claw its way through the most demanding months of the year, and political arguments about NHS funding and priorities, usually hold sway. But the monumental and tragic scale of the Carillion debacle, and all the deep-rooted public/private sector divisions that it has reopened and exacerbated, has this year eclipsed even that. It did have – and still has – a significant NHS dimension, due to Carillion’s contracts to build or develop much needed NHS facilities in several parts of the country.

Magicians use time honoured techniques to confuse and deceive us. Most of the tricks of the trade are variations on those proven skills. Perhaps corporate accountants and auditors are also members of the Magic Circle? The endlessly burglarised adage: ‘If it looks like a duck, swims like a duck and quacks like a duck, it’s a duck…’ is often used mischievously, or implying the unspoken postscript ‘…until proven otherwise’.

The NHS is not alone in trying to persuade us that a goose is a swan. Successive governments have used private finance initiatives (PFI) to create the illusion that the Government of the day was investing spectacularly in public services and infrastructure. The reality is that incumbent governments have for many years been taking the ‘real time’ political credit for saddling many future governments with huge bills for funding major capital projects. Given that the Government can borrow more money more cheaply than anyone in the private sector, it can only be for reasons of ‘appearances’ politically and fiscally, and political convenience, that it would instead deem it wiser to pay back more expensive borrowed money. PFI has its place but perhaps in the wake of Carillion it might also have had its day.

Many observers believe that Carillion had grown into an oversized house of cards, and became yet another victim of a prolonged period of austerity and profit-sapping pressures on contract values. One TV commentator remarked that being awarded a few massive but unprofitable contracts was hardly a cause for celebration, nor should it have served as a vote of confidence. Trying to keep Carillion afloat by awarding it some more, even larger unprofitable contracts was doing the company no favours. Please try to remember that next time you are negotiating your UDA value and the size of your UDA contract.

It probably makes equally little sense to argue at one extreme that every public-sector capital project should rely heavily on PFI, or on the other flank to make nationalisation de rigeur. But primary care NHS dentistry is simply the ultimate PFI in heavy disguise. Practice owners make the capital investment and take (all) the financial risk, they employ the staff and for charge-paying patients the state pays incredibly little  towards the actual treatment. But the state does encourage dental practices to place the big blue NHS logo somewhere prominent so that the patients and passers-by are deceived into believing that they have the NHS to thank for it all.

The collapse of a giant like Carillion has led to pointy accusatory fingers stabbing at the Government, but the collapse of a few privately owned dental practices hardly raises an eyebrow.

Another debate featuring similar complexity, nuances and dark arts, involves the questions at the heart of the current NHS workforce challenges across every part of healthcare delivery – what kind of people, with what level and length of training, with what kind of experience, do we need to deliver each of the various elements of NHS and social care safely, and to an acceptable standard? And how many do we need, what do they cost to train, where can we find them, how little can we pay them without the wheels coming off etc?

In 2018 nobody of sound mind would join in the chorus of the old music hall ditty: ‘If you want to know the time, ask a policeman’ because they would be arrested for inciting the wastage of police resources. You might, on the other hand, ask a community support officer. In most cases it is entirely rational and appropriate to deploy the right people, with the right skills for the task, and not squander the time and skill of your most precious resource. But behind all the smoke and mirrors this is so often a proxy for ‘what is the cheapest person we can use to do this, can we get away with silently sacrificing specialised knowledge, quality and experience and can we somehow dress this up as a better and/or more modern way of doing things?’

The NHS claims to have woken up to the wisdom of the ‘right first time’ (RFT) methodology, which avoids the high cost of compensating for error or harm, having to put things right, or going around the same loop. As unfashionable and outdated as it may appear, there are many examples in life where using the real McCoy from the outset is not only smarter, better and quicker, but is ultimately more cost effective. There is also the small question of the customer, who might well prefer the real McCoy, is perfectly able and willing to pay for the real McCoy (or has already done so in the hope and expectation of getting the real McCoy), but is denied that option.

The worst manifestation of this is seen when someone is dressed up and passed off as being the real McCoy, or presented as in some way better than the real McCoy, when this is demonstrably not so. It is at best a shabby deception. As financial or other pressures push down the front door or sneak in through the back door, honesty and ethics fly out of the windows.

Very little happens in life that does not translate to the world of dentistry and the heavy news interest at the start of the year about the charity Dentaid plugging gaps in NHS dental service, has rekindled that old dental workforce chestnut. It is only a matter of time before the greater use of non-dentists to provide NHS dental care, will be further rationalised and promoted. One consequence of Brexit could well be a workforce crisis and one senses that the Government is already planning for such a scenario. Dentists are a highly (and expensively) trained, relatively scarce resource and NHS dentists are becoming an endangered species. In truth, the UDA system has actively contributed to this situation. The story is not one of greedy, self-serving dentists but one of why dentists feel they are being forced out by the unfairness and unreasonableness of such a wretched and ill-conceived NHS system.

Perhaps the consumer (patient) choice will increasingly be between seeing ‘real’ doctors and dentists privately, or receiving an alternative kind of service on the NHS from people who are not doctors and dentists. If that choice is presented fairly and honestly – and there’s the rub – who could argue against it? And would the NHS reduce patient charges for those being treated by non-dentists? Not likely.

For those moments when we don’t know who or what to believe, Douglas (Hitchhiker’s Guide to the Galaxy) Adams offers us a pragmatic solution: ‘If it looks like a duck, and quacks like a duck, we have at least to consider the possibility that we have a small aquatic bird of the family anatidae on our hands.’

That may be the masterplan – but only the patients will be able to tell for sure.

652d
|
Blog
Dentistry Online uses cookies to give the best experience. If you continue to use our site, we will assume that you agree to the use of such cookies. Read More.
Accept