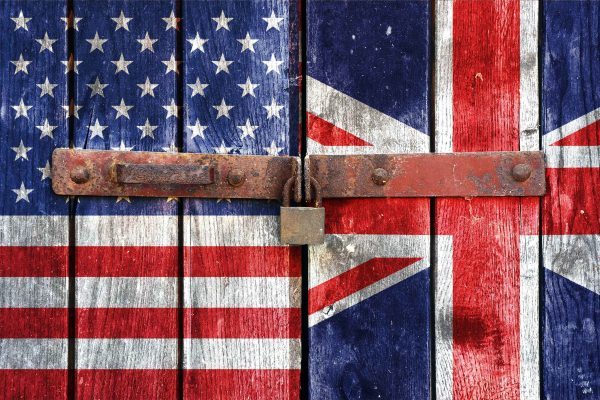 Kevin Lewis compares patients’ perceptions of dentists in the UK and the US.

As the deadline for this column approaches, I find myself in the the US where I am lecturing at a conference in Chicago, Illinois, and combining this with some meetings in the adjacent state of Indiana. But this temporary separation from the UK does provide me with an interesting alternative vantage point from which to offer a few comments on dentistry each side of the pond.

It was the legendary broadcaster Alistair Cooke – not the cricketer – whose short, beautifully spoken monologues started with reporting for an American radio audience on life in London between the (world) wars (A London letter). He later did the reverse (Letter from America), tracing life and events in the US from the late 1940s right through to 2004 – a period of raw, real history lived and dissected in real time. He justifiably attracted a genuinely worldwide audience, courtesy of the BBC World Service. His was the kind of voice that radio was invented for and I recall it flowing over me on many late night journeys home from distant outposts of the UK.

Alistair Cooke once described a professional as someone who can do his best even at times when he doesn’t particularly feel like it. A lovely quote that I have stolen on more than a few occasions, although the implied gender monopoly travels time rather less well.

Trust me – I’m a dentist

I have learned on my travels that the healthcare professions in the US continue to top the league table of the most trusted occupations/professions in the eyes of the American public. High or very high levels of trust are accorded to nurses by 84% of respondents in a recent Gallup survey. Pharmacists and medical doctors come next (67% and 65%, respectively) with dentists (59%) not too far adrift from them. Psychiatrists and chiropractors are clustered quite a bit lower on 38%. To put all this in context, police officers are similar to dentists on 58%, teachers on 47% and then one slides down to clergy at 44%, bankers and journalists at around 24%, lawyers at 18% and then the dark depths of politicians and civil servants, car and insurance salespeople and – below even that – members of Congress.

Looked at the other way around, ‘low and very low’ trustworthiness ratings were given to politicians and journalists by 40-50% of respondents but rarely to dentists, medical doctors and pharmacists who all scored very similarly at only 7-8%. Only nurses and (strangely) engineers were less likely to be distrusted. Clearly, these are interesting findings and pleasing in a society where healthcare is mostly self-funded one way or another. So US dentists appear to be highly regarded in the eyes of the public – when they are not off shooting Cecil the lion, that is.

But in the latest (2016) Ipsos Mori survey in the UK – which while not identical is the nearest equivalent to the Gallup survey in the US – nurses again top the veracity/trust league tables with an impressive 93% of respondents trusting them to tell the truth. At face value, doctors (91%), teachers (88%), the police (71%), the clergy (69%) and lawyers (52%) all seem to fare much better in the UK survey than in the US study.

Frustratingly, dentists don’t feature at all in the Ipsos Mori survey, which instead includes more important occupations like hairdressers (and since you are bound to ask, it’s 68%) and estate agents (languishing at a lowly 30%). Predictably journalists and politicians are trusted even less than estate agents – an achievement of sorts.

It was a few years ago that the marketing and PR agency Bray Leino was commissioned by the (then) British Dental Trade Association to sample perceptions about the UK dental profession. Readers may recall that dentists came out very well – with 88% of respondents saying they trusted what their dentist told them. Indeed, we came out marginally ahead of our medical colleagues. And this was not an isolated finding because numerous studies over many years have confirmed high levels of trust on the part of the UK public in the dentists they attend. The GDC famously and begrudgingly accepted this might be true, while simultaneously questioning whether such trust was really justified.

I was also intrigued to hear about and subsequently read for myself a media account here in the US of an Indiana dentist who had been accused of carrying out a clearance under sedation, without the patient’s consent. The reporting was quite unlike the journalistic feeding frenzy and dentist-bashing we would expect to see in the UK, putting both sides of the story fairly and objectively and making the point that the patient’s version of events was not having to be constrained by the need for professional confidentiality.

It was reported that the clinician fully respected the patient’s right to discuss their experiences in the public domain if they chose to, but he wished to correct some important detail that he felt had been inaccurately presented. He had asked the patient for their permission to do this, and to explain the context of what happened.

The article went on to confirm that this request had been firmly refused by the patient’s lawyers, immediately alerting the reader to the fact that there was probably another side to this story and if anything, it was the professionalism of the dentist that prevailed and he emerged from the skirmish in credit. And with more teeth, it would seem.

So is the US public’s declared trust in its dental profession justified? Bearing in mind that this is the same US public that voted Donald Trump into the presidency just a few months ago, it’s a reasonable enough question. Quite a few commentators believe that Trump was successful precisely because he wasn’t a politician and was therefore untainted by politics at any level. Now he finds himself anointed as a politician whether he (or they) like it or not and we are witnessing the ultimate baptism of fire. If he really can turn around the wretched public perceptions of the political establishment in the US – and the jury is expected to be out for some time on that, from what I am hearing – he will have achieved the political equivalent of walking on water. His next logical move would then surely be to join the clergy and try to move them up the US trustability table too. Let us pray, I hear you say.

We are all the poorer for the fact that Alistair Cooke is no longer around to update us with his unique weekly insights into the state of America, complete with his trademark timing and mellifluous delivery. What he would have made of Obama or Trump, Brexit or even Cecil the lion’s assassin, we will never know – but it would have been well worth staying up late for.