The worst example of wasteful spending in dentistry? 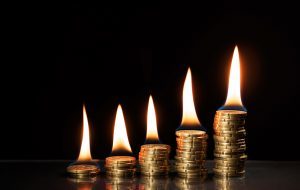 The worst example of wasteful spending in dentistry?

Is the £108,066 spent on legal fees for the Desmond D’Mello case really a good use of registrants money, Neel Kothari asks.

By now many of you will have heard of the infamous Desmond D’Mello, whose practice in Nottingham was the subject of the largest ever patient recall in NHS history.

D’Mello single handedly completed the workload of what most would expect from at least three full-time dentists, so it was no surprise that the authorities at NHS England deemed him unsafe and that he posed a significant risk to the public.

By now you’re probably thinking that D’Mello is the focus of this article, but alas how wrong you are.

My focus here is on the GDC, whose actions in dealing with D’Mello in my opinion run wholly contradictory to any semblance of common sense.

Despite D’Mello vowing to never work again and deciding not to attend his Fitness to Practise hearing, the GDC thought it necessary to proceed with a full hearing, citing a ‘very strong public interest’ as one of its many reasons for doing so.

The two week hearing cost more than £130,000; official GDC statistics show that the legal fees amounted to £108,066, with an additional £16,775 spent on costs for the three panellists, while the bill for legal advisers ran to £13,350 – all charged to dentists via our GDC taxes.

Whilst I understand that due diligence is needed and the public needs to be protected, is this really a good use of funds?

After all, the GDC had to re-register D’Mello in order to then strike him off so that he was no longer a threat to the public, whilst he was happily enjoying retirement.

The GDC has one job and this is summed up by its slogan: ‘protecting patients, regulating the dental team’.

Can it really justify spending £108,066 on legal fees in these sorts of cases?

Jonathan Green, director of Fitness to Practise at the GDC, said: ‘There was a risk that if Mr D’Mello voluntarily removed himself from the register, he would be able to make an application to return to the register at any point in the future.’

But what he didn’t explain is how it could take nine days at an average of £10,437 a day to reach a verdict on a non-contested case.

I’m sure there are many valid reasons why the GDC felt the need to spend its registrants’ money in such a wasteful way, but this decision tells us three things: the first is that the GDC has little or no incentive to spend money wisely, the second is that the public are not even the slightest bit more protected after a £130,000 trial and the third is that the legal industry is completely recession proof.