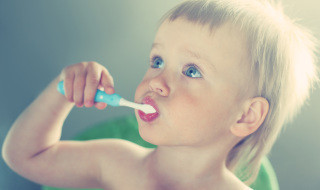 Do you want the good news or the bad news?

Good – 88% of three-year-old children have no visible tooth decay.

But it’s bad news if you are in Leicester, where a third of children are affected, followed by the rest of the east Midlands, north west England, London, Yorkshire and Humberside.

But as Claire Stevens, a consultant in paediatric dentistry and spokesperson for the British Society of Paediatric Dentistry (BSPD) says: ‘While the majority of pre-school age children in England are dentally healthy, there are still thousands of children as young as three who are undergoing multiple extractions under a general anaesthetic due to a disease that is entirely preventable.’

This will not be news to dentists or their teams, especially those working in non-fluoridated areas or places with high social deprivation.

Nor is it a surprise that, in the words of Public Health England, ‘Tooth decay is caused by consuming too many sugary foods and drinks too often.’

Most of the profession has been saying this to patients for as long as any of us can remember.

As Claire Stevens said: ‘One of the main reasons young children are having teeth extracted is because they have been given sweetened drinks or juices in a bottle and this results in prolonged and pernicious exposure to sugar.’

So who is to blame and who is responsible for doing something about it?

Many will blame the parents (or grandparents).

They are the ones who give their kids these sugar laden drinks after all, they should know better.

But wait a minute, to quote the Daily Mail, middle-class parents who buy expensive organic juices in the belief they are healthier have been warned they can contain as much sugar as a glass of coke.

‘Posh sugar is no better than any other sugar.’

So perhaps dentists ought to blame themselves for not pushing the ‘bad sugar’ message.

But only 70% of children attend for regular check-ups, so perhaps not.

In the last resort ‘blame the Government’ is always an easy response.

But a couple of years ago the Government shunted responsibility for public health across to local authorities.

That will be the day.