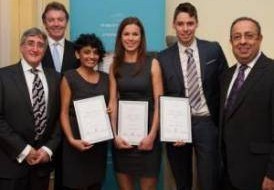 They are Jamie Nelson (1st), Rupal Shah (2nd) and Lydia Harris (3rd), and this special feature for Dentistry, highlights the qualities and skills that helped make them award-winning young dentists.

Exceptional dedication to saving the tooth of a patient who had been told by another dentist that an extraction was the only remedy made Jamie Nelson one of the winners of the Young Dentist Endodontic Award in 2013. The female patient, aged 24, consulted Jamie for a second opinion after her own dentist told her that the Grade 1 mobile tooth could not be saved.

With a 9mm pocket and furcation involvement in the periapical area, the prognosis was indeed poor. But the patient was his own age, and knowing what he would want for himself, he was determined to carry out an endodontic treatment if the patient was prepared to trust him.

Because Jamie explained the challenge he faced and let her decide what course to take, she opted for root canal treatment. What she didn’t know was that Jamie was a foundation dentist and this was only the third endodontic treatment he had carried out since he has been working in practice.

How was he going to obturate with the open apex? It was not something he had been taught so he devised his own system, only discovering later that this is a tried and tested method. It involved taking the GP point and placing it through the open apex until apical twist back could be achieved. He then removed the GP and cut away the overshoot at the end to leave an estimated working length. He was then able to complete the treatment.

Nine months later, when the patient returned, there was no radiographic periapical area, the pocket had shrunk to only 1mm and the root resorption had halted. Against all the odds, the treatment had been a success.

Jamie said: ‘What’s exciting is how well the body can heal itself once infection is removed. I like the idea that there can be a big black hole where bone is lost and it can heal itself thanks to the treatment provided. The other thing I like about endodontics is that the patient can arrive in pain and you can take away the source of that pain.’

The son of a dentist and a former Kings College student, Jamie works part-time in two practices. He trained at The Bromley Road Dental Surgery in Colchester and at the end of his training year, all the dentists in the practice decided to give up a proportion of their units of dental activity to keep him in the practice. It was here that he carried out the case which made him one of the winners of the award.

He also works at a private practice in Basildon where his colleagues assign most endodontic cases to him. He says he learned a lot from his dentist mother, who at the age of 9 talked him through the placement of a crown on his father. She was in her practice in the UK and Jamie and his Dad were travelling in Africa.

However, his mother is not keen on endodontics. His love for the specialty is his very own and while an undergraduate he carried out as many endodontic treatments as he could.

Rupal Shah’s ability to manage an anxious child who needed endodontic treatment while carrying out an advanced technique for the first time made her one of the three winners of  the Young Dentist Endodontic Award in 2013.

Providing dental treatment to a nervous young patient is always challenging. This was the situation faced by Rupal Shah when she was on duty at Birmingham Dental Hospital’s paediatric department in April this year. A foundation dentist (in her second year of training) she had to treat a 10-year-old patient who was returning to the hospital for endodontic treatment on her UR1.

The child had fractured both of her front teeth in a playground accident in 2011. Her dentist had tried to repair and protect the teeth but the restorations had failed and then infection had developed within the UR1.

Initial extirpation and cleaning of the tooth had been carried out by colleagues at two previous visits to the hospital. It fell to Rupal to further clean and prepare the tooth, place the MTA apical plug and obturate the tooth.

Using a ‘tell-show-do’ behaviour management technique, she explained to the nervous child how she was going to save the tooth. Use of inhalation sedation was also discussed but the child decided she would manage without it.

Rupal placed a 4mm MTA apical plug to the correct length, and ensured there were no voids in the thermoplastic GP, achieving an excellent final result both clinically and radiograpically.

Commenting on the case, Rupal said: ‘It was my first use of MTA and I had never treated a tooth with immature roots. I knew the theory and I had practised on extracted teeth but never on a patient, so I was quite nervous. It’s technique sensitive and the patient was anxious so I did not want to keep her in the chair too long.’

In addition to her commitment to saving the tooth of a young patient, Rupal  is one of the three winners due to her ability to manage a young patient despite feeling nervous herself as well as her excellent clinical skill.

The case entered by Lydia Harris – a  root treatment for a 31-year-old female patient – went wrong initially. Her entry outlined the challenges she faced followed by an analysis of how she would operate differently in the future.

At the time, Lydia was working in a Bristol dental practice as a foundation dentist, in her second year of vocational training. The tooth she treated had a guarded prognosis due to an apical radiolucency, curved roots and a heavily restored crown. When she realised that her first attempt at treatment had not been successful, because the Thermafil was not to length, Lydia decided to start again.

This involved removing the gutta percha using retreatment files and then re-preparing the canals and obturating a second time. But first she had to explain to the patient what had happened and gain her consent to try again. Fortunately, the patient trusted Lydia’s judgement and second time around, Lydia managed to negotiate the curvature of the roots.

Commenting on her entry, Lydia said: ‘This case demonstrates that when the desired result was initially not achieved, I persevered and was able to use the tools available to me to re-treat the tooth leading to a pleasing result.’

Lydia covered the tooth with an all-ceramic porcelain onlay. Her entry concluded with an analysis of how she could improve on the result if she has a similar case in the future. 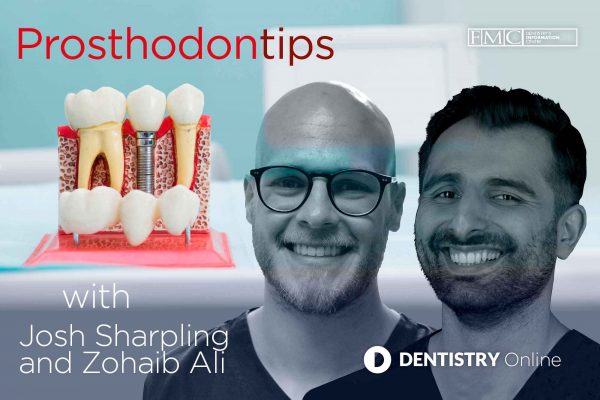 4d Endodontic Practice
Dentistry Online uses cookies to give the best experience. If you continue to use our site, we will assume that you agree to the use of such cookies. Read More.
Accept