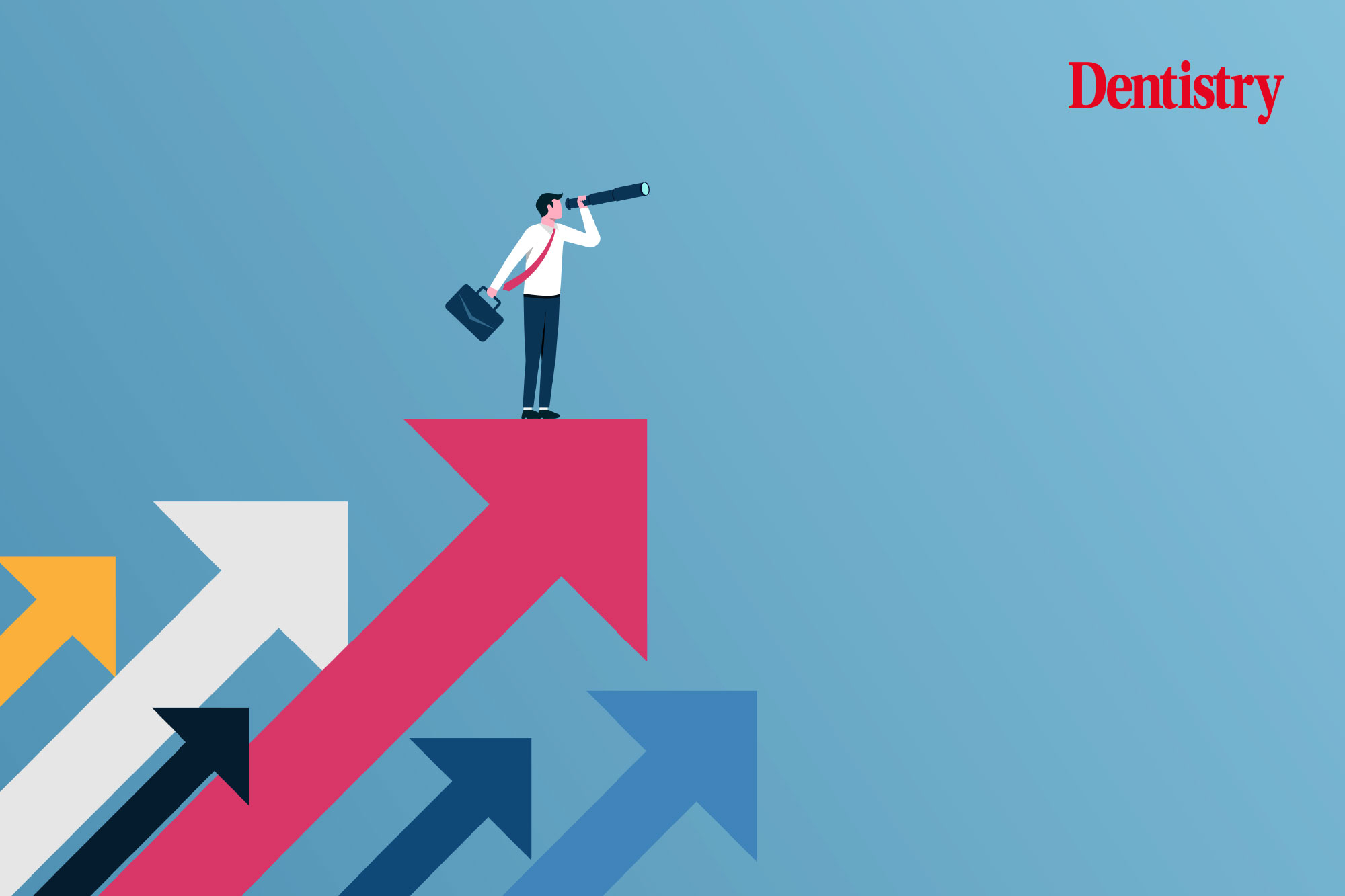 Jamie Morley explains how to build your practice’s vision and get the dental team to buy into the direction the practice is going.

It is important for any business, team or dental practice to have a clear vision of the future that inspires and engages everybody in and around the business.

To go with this, it is also vital that team members are all behind the values of the practice. As well as what is important in how things are done.

Having a clear picture of where the business or practice is going is emotionally inspiring to those in the team.

It can provide a constant level of engagement, drive and motivation as it gives meaning to their work. It answers the question why am I doing this, other than for financial reward.

Money motivates people only to a level, after which many studies show that other factors, such as having meaning to their work, gives people additional drive and motivation.

Secondly, it gives everybody clarity as to where to put their resource in terms of time and money. Some people may have a budget at their disposal, whilst everybody in the team will have to allocate their own time.

Ultimately this is limited. So you want this resource focused in the same direction.

In essence if people are spending their resource on anything that doesn’t take the practice or team in the agreed direction, then it is a waste of resource.

Thirdly, it also gives clarity for individuals within the team and practice as to where they should focus their creativity and thinking in order to overcome hurdles and come up with new ideas to reach this destination.

Finally, great visions can also remove limiting assumptions that people have about the future.

Often our minds have very limiting beliefs about the future. Creating bold visions can remove these barriers in their own right.

Do you know where you’re heading?

When I was at Align we talked about ‘superseding fixed braces’. This was seen by many as mad back in 2011, 2012. But when you thought it through, there wasn’t any real reason as to why this couldn’t happen.

Now, look at how far Invisalign has penetrated the orthodontic market.

When I discuss this with people they sometimes give a long list of things they are going to do. They immediately go into action mode.

This is great, but take a step back first and be clear on the direction. Otherwise you could waste all those actions and hard work in the wrong direction.

Despite the importance of creating a clear picture of where the practice or team is heading, I would challenge anybody reading this article who leads a dental practice or business or team on the following question:

Does everybody in the team have a clear picture of where the practice or business is heading? If I asked them right now where is the practice heading, what would they say?

That is a different question as to whether you know where the business or practice is heading. If you are not clear on this then the team certainly isn’t.

Even if you are clear on it, you have to constantly reiterate and communicate this to the team for them to be clear on it.

Getting the team’s buy in

Having input and dialogue with your team into the vision helps them buy into it. One of the key elements to answer is – why? Why is this the vision and why is it important?

Being able to answer this effectively will help create urgency in people to head towards the vision. Alongside this, you will then need to formulate how you will get there. This is critical for people to start to believe in the vision of of the future.

Values from a business side of things are sometimes imposed by leaders with posters on walls telling people to behave in this way. As a result, any attempt to work on these is often seen with real scepticism.

Yet, values exist for yourself and for your practice in some shape or form. And actually, aligning everybody behind a small number of values is essential for an effective and cohesive team and business.

So, it is therefore critical to understand how to go about working.

‘Principles or standards of behaviour; one’s judgement on what is important in life’.

So, the first question is what are your own personal values? What are the values you want to live your life by?

A good way to think about this is to imagine that you have passed away and then you ask your closest love ones about your life. What would you want them to say about you?

This gives you guidance on the two or three key behaviours that are most important to you in terms of how you want to live your life.

If you are a practice principal or leader, it is really vital that there is a level of alignment between your own values and those of the practice. If those principles are very different this makes it tiring and stressful for you. As well as meaning you are less likely to be highly effective for the practice that you are leading or a part of.

Why are values important for a practice?

If we look at businesses, teams or dental practices without clear values then I believe you will see the following: team members in constant discussion, debate and bickering about what is the right thing to do in different situations, often continually referring back to the practice principal or leader for every decision as they are not clear on the principles to make that decision, unable to move fast and effectively as a result.

On the other hand where there are aligned values, team members know what the expected standards are and live those out.

The whole team hold each other accountable and are not reliant on the leader to keep people aligned to the values. They are able to be agile as a result, moving fast and effectively. They waste considerably less time in disagreement on what is right and what is wrong. And they can get on with focusing on the success of the practice.

Values also give a confidence and strength to do the right thing in difficult situations.

So, we should not underestimate the importance of values.

How do I go about creating those values for my practice?

Then you have to work out if these are the right values for the future of the practice? How do they align with your own values?

Combine these elements to gain clarity with your team about the key values. This takes time and patience to figure out, especially to get down to a small number that the whole team agrees on.

You need a maximum of three for it to be easily and consistently communicated and to really mean anything in terms of direction. Any more than this and it doesn’t really give any true guidance.

You will really require open discussions with constructive conflict for it to truly mean anything to the team. Including discussions on what those values actually mean to people.

It is difficult and takes time but it is worth it.

It is possible and even likely that some individuals may opt out and leave the practice if they really don’t believe in the values. That is ok.

When you have agreed on what the values are, this is where the hard work and real difficulty lies. And that is in actually living those values.

In time, the team will hold each other accountable to the values. And that takes the load off the leader.

But in the beginning, it is the leader who needs to communicate clearly the values and regularly refer to them both formally and informally. The leader must affirm behaviours that really live those values, whilst also having honest conversations in situations where those values have not been lived.

When there is clarity around the vision and values of the practice, there will be significant improve in the overall performance of the business.

This doesn’t necessarily require them to be on a poster on the wall. 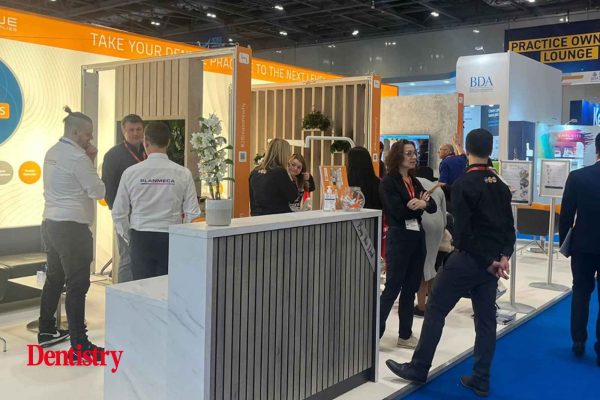 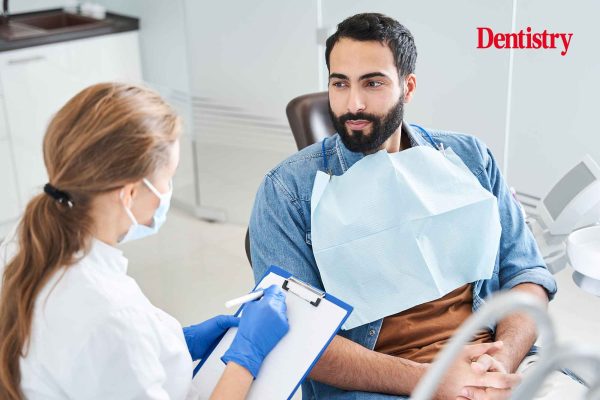