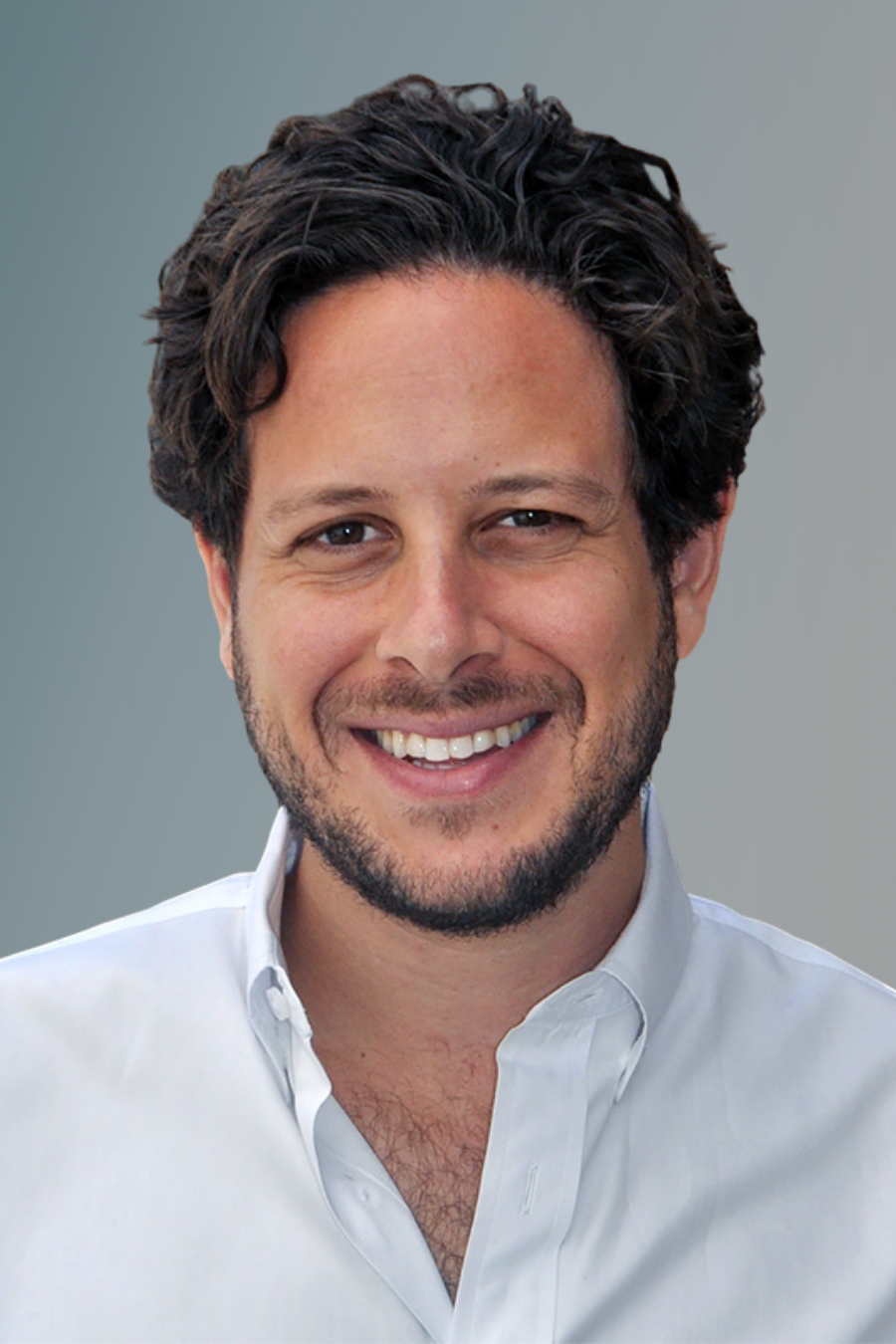 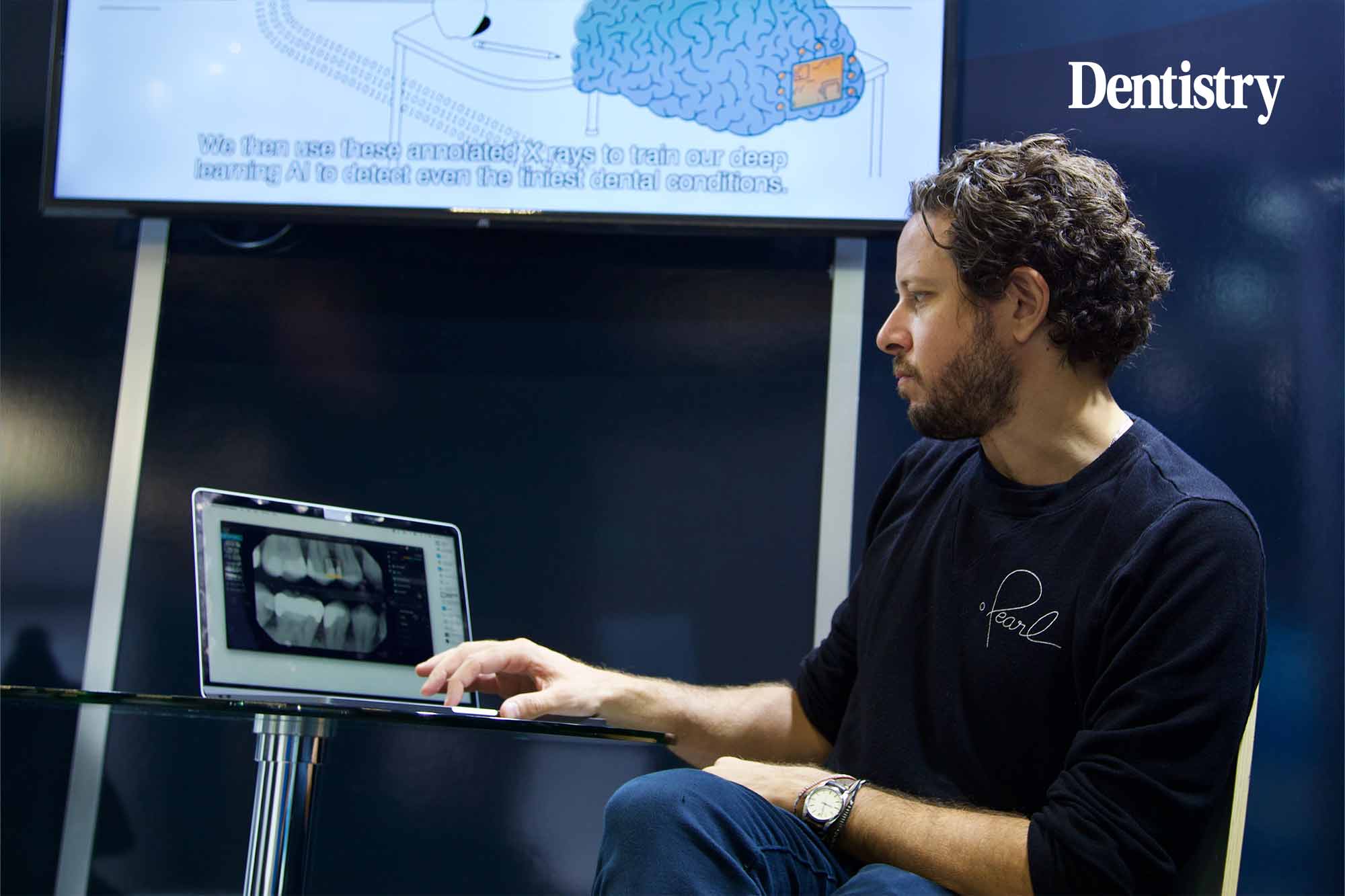 Ophir Tanz, founder and CEO at Pearl, tackles the myths surrounding AI and discusses how it can help dentists to battle the patient backlog in UK dentistry.

The prospect of AI is scary for some. What actually is it and what does it involve?

This is largely down to how it’s represented in the media, particularly entertainment. You have Hal 9000 and the Terminator – all examples of what computer scientists would call general intelligence.

Broadly the field of artificial intelligence is really a branch of computer science that deals in building systems that are able to perform tasks that normally require human intelligence. I think that’s a good broad definition of what it is.

But if you look at the reality of what exists today, we’re talking about what we call narrow intelligence, which is nothing like the general intelligence that so many people imagine when they hear the term AI.

We’re getting quite good at narrow artificial intelligence. You might see the best person in jeopardy or chess, for example, getting beaten by a computer. For specific tasks, like translation and many other basic functions, computers can function very intelligently.

But those same programs can do nothing else. The AI system that can beat you in chess can’t have a conversation with you or get you a cup of coffee. Narrow AI systems are limited to that one narrow subset of capability. We are many, many, many breakthroughs away from general intelligence where you have human-like intelligence. This is a lot more alien and capable.

So if you really wanted to simplify AI today, you could say it’s effectively teaching computers to understand models of the world.

For example, say I wanted a computer to identify apples really accurately. The way this is done historically – the non-AI method – would be to describe an apple. You would say it could be green or red, or it could have this stem or these curves. But once you throw it a picture of a monkey holding an apple, it will get confused.

It’s not good at modelling the abstract notion of what an apple is. And that’s exactly what the AI we have today is good at. It sees the edges and the curves. It sees it upside down and in different environments such as being held half eaten or on the ground rotting. That’s why it’s such a powerful technology. You’re able to describe models of the world and have the machine recognise something that is has never seen simply because it fits the model. 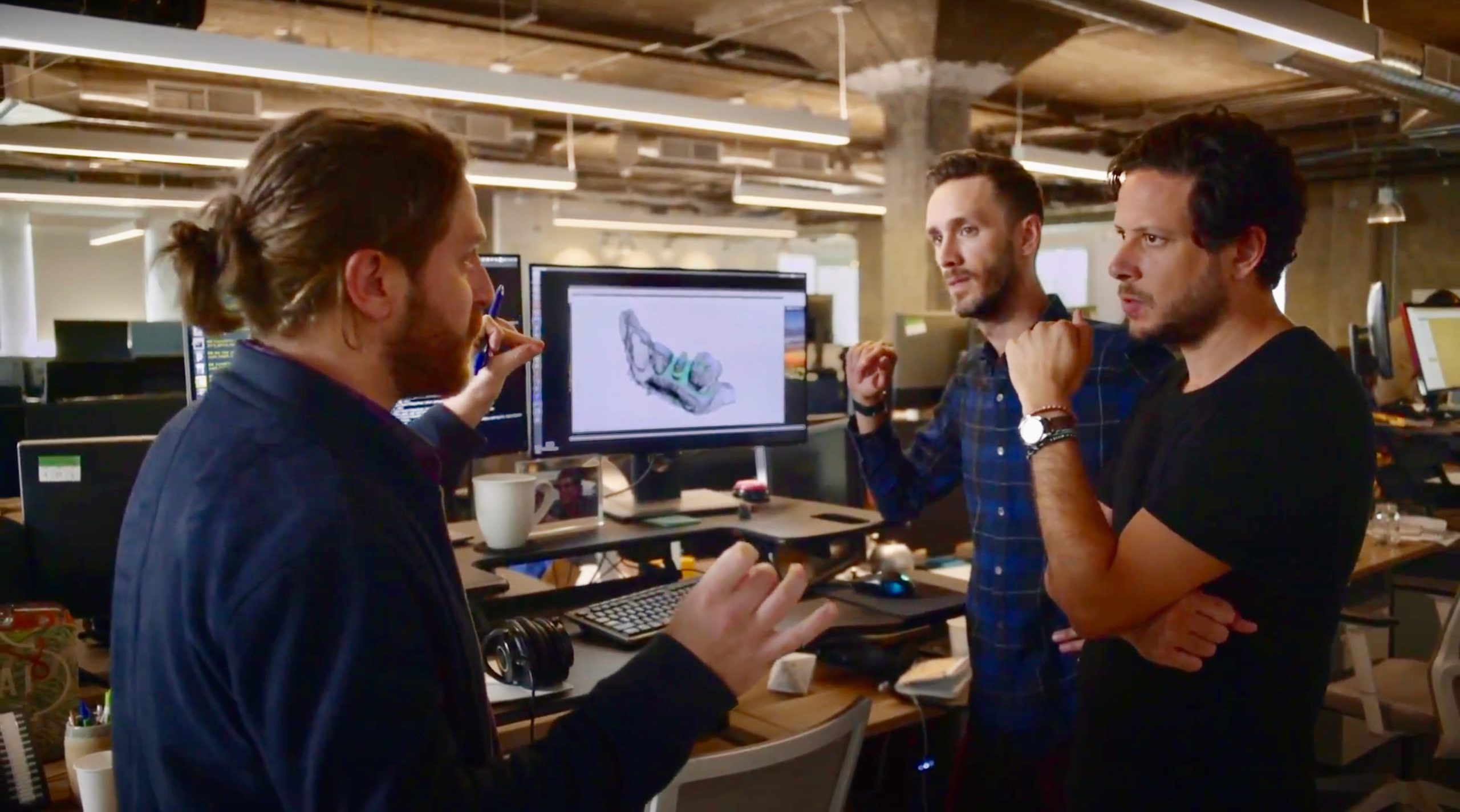 What inspired you to combine AI technology and dentistry?

I’ve been involved with AI since my days at university. I have a long standing relationship with the technology and specifically a form of AI called computer vision. This is effectively teaching computers to see and interpret the world. My previous company, which I founded in 2008 and grew into a billion dollar enterprise, was specifically focused on applying that technology to the media and advertising categories.

We were able to make that company successful in part because a lot of breakthroughs happened around that period, which made AI much more powerful. We were really in a position to take advantage of that. This led to a sports sponsorship division and we started a health division, where we looked at a variety of forms of medicine.

After reviewing the different categories of medicine where AI could be helpful, I ultimately landed on dentistry. My father is a retired dentist so I kind of grew up in a dental practice. It was not only a category I knew well, but the one that I felt was most poised to be successful.

If you think about it, when a technology like this is applied to any other form of medicine other than dentistry, there’s significant friction. I think it feels threatening on some level – there are radiologists where this is their full-time job, for example. As a result there‘s some inherent resistance from the category.

When you look at the difficulty in acquiring datasets, which are very important for developing AI systems, other medical fields present greater challenges. I advise a number of companies in the AI medical field. They’re spending millions of dollars trying to get access to very small volumes of data because the data is so sensitive. That sensitivity is reflected also in how regulatory bodies approach innovation using medical data. Those hurdles are still present in dentistry, but they are not as pronounced.

I saw a clearer road to developing effective AI tools in dentistry. I felt like the industry was very, very ripe for this technology. So much so in fact, that in 2019, after running my previous company for 11 years, I elected to step down and focus exclusively on dental.

Part of the motivation was me just wanting to have a bigger impact on humanity outside of media and do something in healthcare. But I also thought that the timing was really right for the opportunity. I think that that’s proven out to be true; I think this has become the centrepiece of the conversation in many parts of the world.

Why do you think it’s such a crucial addition to dentistry? How can it make a difference?

I think this is going to have the most profound impact on dentistry since the advent of digital dentistry.

They are related – digital dentistry was successful in digitising everything, but it can be hard to really take advantage of that. It’s very portable, and there’s obvious benefits in things being digitised, but we’re all sitting on mountains of data. The only way to better understand patient populations, to understand disease, to understand historical performance, is to use AI.

We’ve done a number of studies internally here at Pearl. After setting up a non-profit organisation called the Dental AI Council. This is populated by a lot of the leading voices across academia and individual practitioners. It was important for the dental industry to have a third-party source of academic and rigorously validated data that wasn’t coming out out of a for-profit company.

In one recent study we gave 136 practitioners a single patient full mouth X-ray. We asked them to diagnose and treatment plan it. What we found were treatment costs between $300 and $36,000.

The detection of caries was also found to be basically a coin flip. According to these 136 practitioners – 51.5% versus 48.1% and 60/40 on recurrent decay. There is a real lack of consistency. We see the data and we see the treatment planning and we see what’s being caught and what’s being missed.

So if you look at what we do with our Second Opinion solution, it is real time pathology detection.

Calculus can be easy to miss. Periapical radiolucency is easy to miss. Small caries are easy to miss. What we’re doing is lightening the burden by calling out areas of interest for practitioners. Dentists just have so much on their plate in terms of managing a business, their practice and their staff. I think easing the burden in a way that also fundamentally elevates a standard of care is profoundly impactful.

Do you feel the last 18 months has really highlighted a need for Second Opinion?

I do – what you’re doing is levelling up care while also reducing chair time. It’s that simple. It’s this notion that the patient gets in the chair, you have a little chit chat with your dentist and they pull up your radiography or they take new ones.

It’s crazy if you think about – you’re doing all the work, live, with the patient in the chair while you’re having a conversation and trying not to miss anything. You might be really focused on the perio needs of the patient that you end up missing the endo issue that popped up. It’s a liability.

My prediction is that this will be a utility in all dental practices in the next five to seven years.

I think that COVID has highlighted one of the potential benefits here. If you have a backlog of patients then things are almost by definition going to be handled a little bit more carelessly because there’s a lot of strain on the system.

If we could employ technology to enhance outcomes and enhance care, then everyone is better off. That’s exactly what this technology is intended to do in our lives in every category.

Where do you want to take Pearl?

We do a number of things at Pearl and our goal is to insert AI into the dental value chain at any moment it can be impactful.

In terms of Second Opinion, which is real-time pathology detection, that will be a utility. It’s just too valuable to not have. We’re putting it out to the world in a manner that is very affordable. We want it to be thought of as a utility that every office in the world has and dentistry immediately just gets better.

And if you’re a practice that wants to dig a little bit deeper beyond just detections, we also have a separate tool, Practice Intelligence, whereby we’re able to look at entire patient populations. This could be across 100 practices or 1,000 – or even just one. We’re analysing entire patient populations and surfacing insights that enable much better management in care. This is a way of showing practices their potential.

How do you think Pearl is revolutionising dentistry?

We’ve collected what is, to my knowledge, by far the largest collection of labelled dental radiographs in the world. That’s bitewing, periodical and panoramic imagery as well as intraoral scans. We’ve been able to train models to really, really accurately identify a wide range of pathology, existing restorations and natural anatomy.

So one thing that Pearl has done, which is hard, really expensive and takes a lot of time, is go through that effort. It’s a painstaking task to train an AI model well, particularly at a medical level, on anything in the world. We are delivering these capabilities to the world in a way that is beneficial to all the constituents and stakeholders. And, primarily, that means dentists and their patients.

We are doing this in a manner that is thoughtful, affordable, easy to understand with proven ROI – and not just in terms of money, but also enhancing care.