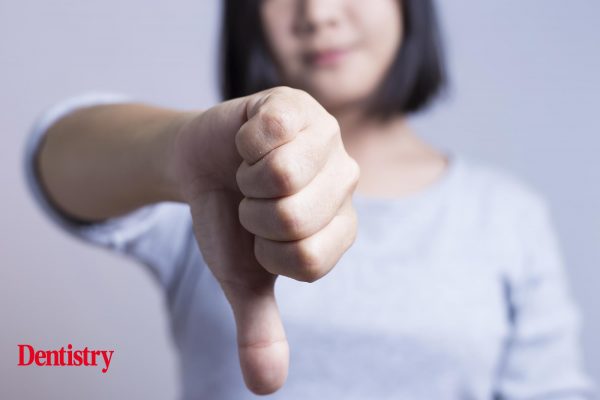 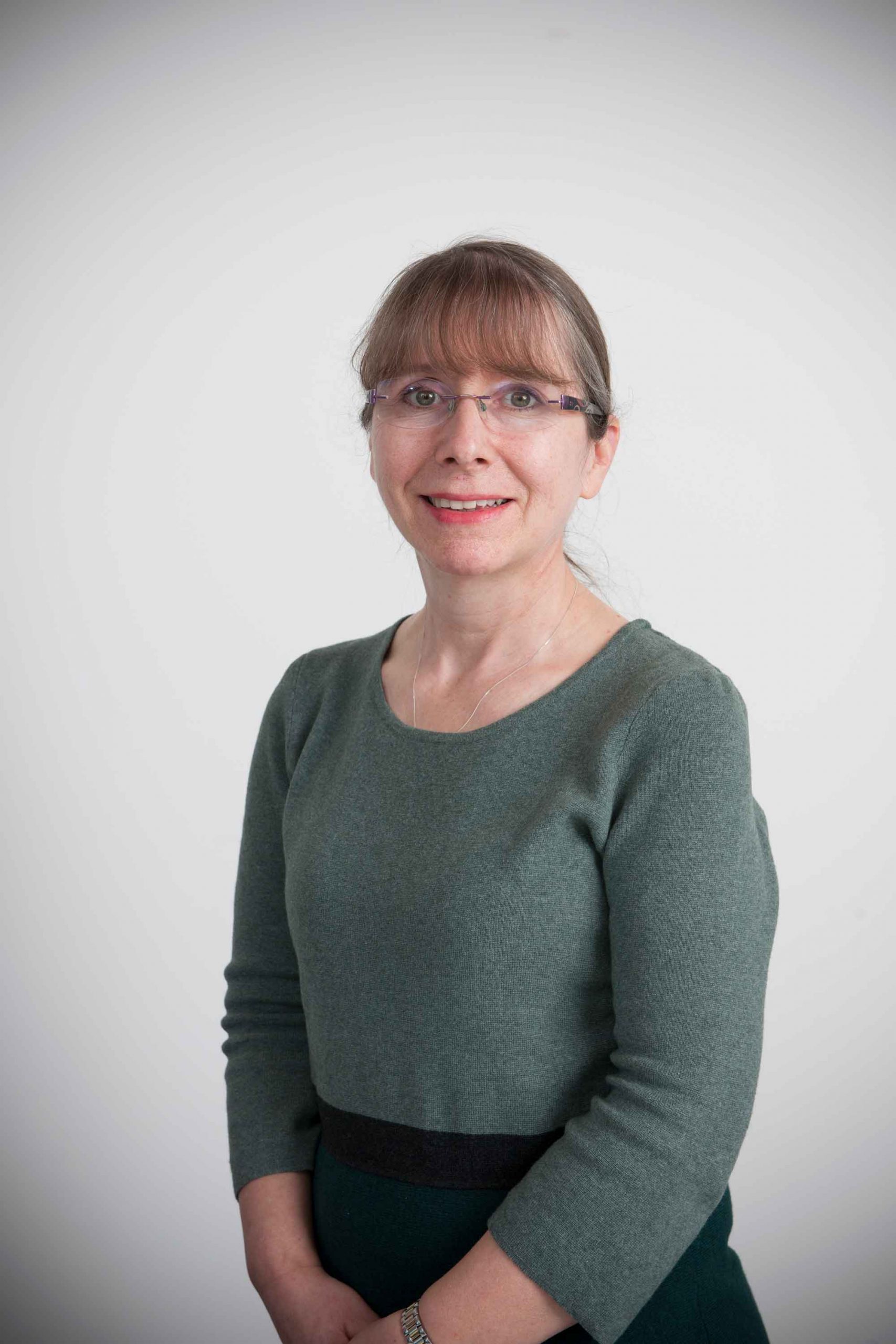 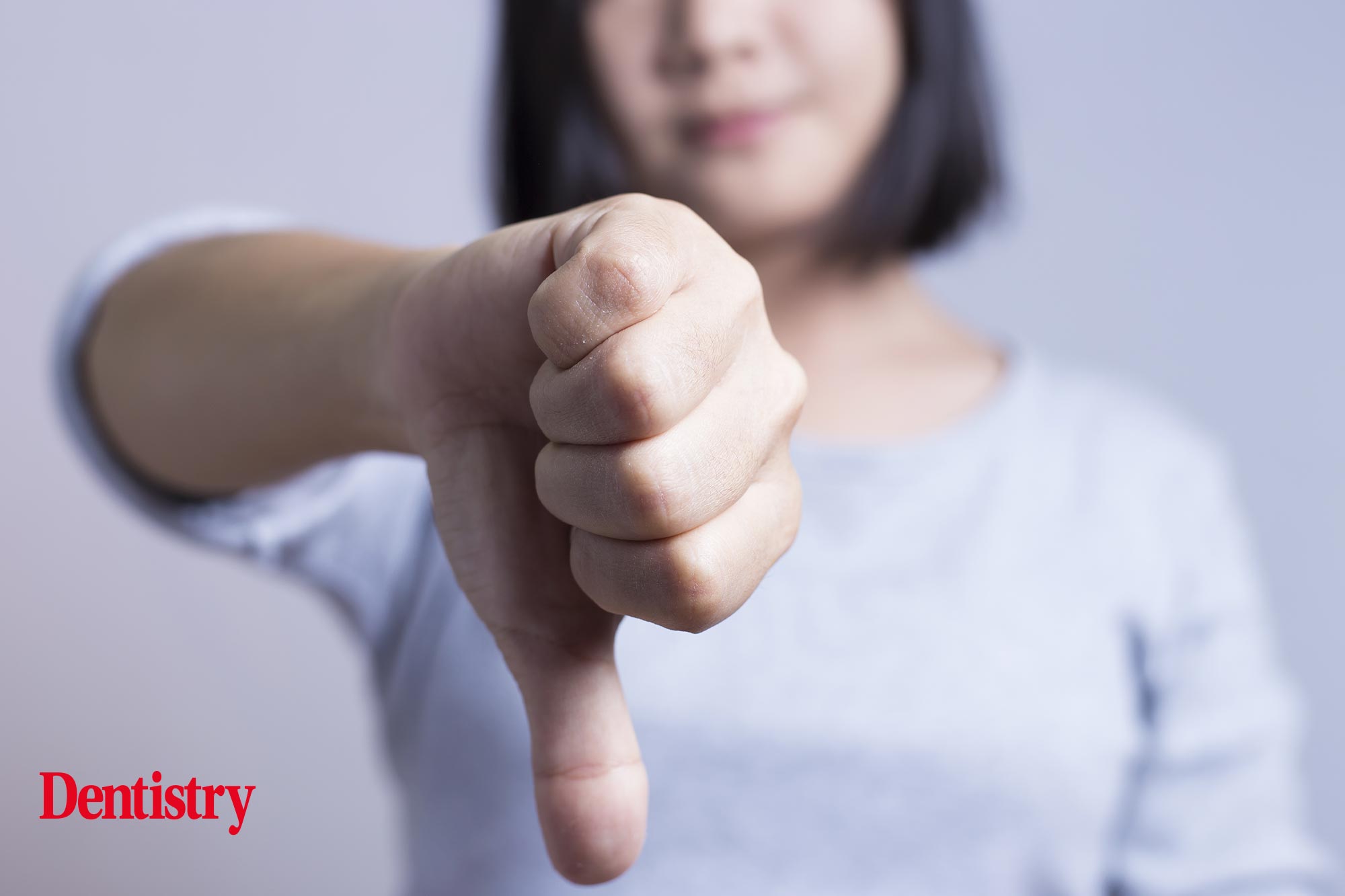 With the number of complaints about unsatisfactory treatment on the rise post-COVID-19, Angela Love discusses some of the common themes and offers risk management advice.

Unhappiness with the outcome of dental treatment has always represented a high proportion of the Dental Defence Union’s (DDU) complaints files. Such complaints might previously be thought to be due to human error. However, the pandemic has demonstrated that things are seldom so clear cut.

There are often multiple factors that contribute to an unsuccessful outcome. For example the patient’s general oral health and their ability to follow dental advice. Also, whether they have realistic expectations of what we can achieve.

During the pandemic treatment plans were put on hold, which heightened the risk. It was harder to maintain patients’ oral health, which increased the chance of a poor outcome.

Analysis of complaints files opened by the DDU between 15 March and 1 December 2020 showed that ‘unsatisfactory treatment’ accounted for 40% of cases.

The number of complaints was relatively low during this period because of the pause in routine treatment. Although, we have started to see an increase in such complaints and we think this trend will continue in the coming months.

It is impossible to completely rule out the possibility of unexpected technical problems during treatment. However, the following tips should help you reduce the risk and manage patient expectations:

A man in his sixties had been fitted with a partial denture a few months earlier but a clasp broke while he was eating. The patient had made an appointment at the practice so his denture could be fixed but dental services were suspended before this could happen.

The patient left repeated messages with the practice over the next few weeks, complaining that the denture broke due to poor quality. He then wrote a letter, demanding that the practice investigate the laboratory that made his denture and refund the cost. He complained that the denture was too loose to wear but he could not leave the house at all with missing teeth.

The practice complaints manager investigated and discovered that no one had responded to the patient’s telephone messages due to a breakdown in communication at the practice.

She wrote to the patient apologising for the delay in addressing his concerns, explaining what had gone wrong and how the practice planned to ensure an error like this did not happen in future.

As a goodwill gesture, the practice agreed to refund half the cost of the treatment and repair the denture at no extra cost.

By this point practices were able to resume treatment and she was able to offer the patient an early appointment to fix the problem.

The patient welcomed the practice’s constructive response and the complaint was resolved.

This article was first commissioned for Dentistry magazine. Read the latest issue here.