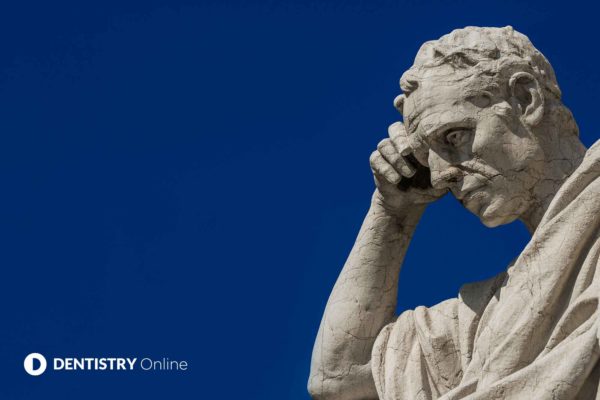 Keerut Oberai demystifies the philosophy of ethics. He explains why a keen sense of morality is more important now than ever.

Dental ethics and law within dentistry is an increasingly important issue. The rise in litigation and regulation within the profession reflects its significance.

The legal aspect of our field is well understood by dentists and emphasised in undergraduate and postgraduate teaching curriculums.

In contrast, people rarely teach the ethical aspect beyond the four principles of biomedical ethics. With other widely used ethical frameworks not featuring at all, despite their importance.

With the COVID-19 pandemic we have seen this balance shift, with ethical issues coming to the forefront – whether this be deciding the allocation of resources within the dental profession or deciding which patients should be given ventilators.

Essentially, ethics, which is a branch of philosophy, looks to answer the question: ‘What is the right or wrong action in moral terms when making a decision?’

Any ethical theory must then provide a justification as to what quality makes an action morally right or wrong.

Consequentialist ethics claims that what is right or wrong depends on the outcome or consequences that the action brings about.

Any consequentialist ethical theory then needs to provide an account of what makes the consequences of the action morally right.

The most famous form of consequentialist ethics is utilitarianism. This ethical framework states that the morally right action is the one that produces the greatest amount of overall happiness or welfare.

For example, if deciding how to allocate resources for an oral health promotion programme, those making the decision would look at each option and prioritise those that would generate the greatest amount of welfare for the population.

There are many criticisms of utilitarian ethics. Some claim that it is not just happiness and welfare that we should try to maximise. Others claim that there are some actions, such as murder and cheating, which are wrong regardless of the consequences they bring about.

Many of those who agree with the latter criticism adopt a non-consequentialist approach to ethics.

Non-consequentialist (also known as duty-based or deontological) ethics claims that what is right or wrong is based on a series of universal rules.

In other words, there are some actions that are ethically right or wrong regardless of the consequences which they bring about. These present themselves as rules or duties, such as ‘do not lie’ or ‘do not cheat.’

In dental ethics, these duties or rules come in the form of professional standards. The earliest example is the Hippocratic Oath. This is based on the maxim of ‘first do no harm.’

For dentists, the standards that dictate our professional values and expectations are the GDC Standards for the Dental Team. This document clearly outlines how we ought to behave towards patients and colleagues, as well as our personal conduct, with the aim of maintaining the trust between the profession and the public.

Many critics claim that having a series of rules or duties creates an inflexible ethical theory, which is difficult to apply to moral dilemmas that are so often not black and white.

Another issue is when two duties conflict, non-consequentialist theories do not provide guidance on how to prioritise between them.

The final ethical framework that we will look at in this article is virtue ethics.

This ethical theory claims that it is not actions that make someone morally virtuous but their character.

If an individual has a morally good character, they will habituate towards carrying out the right action and doing the morally right thing.

Examples of virtuous characteristics are honesty, kindness and bravery.

In dental ethics, we see virtue ethics form the basis for definitions of professionalism. This highlights the characteristics which we, as clinicians, should embody.

For example, Arnold and Stern (2006) claim that professionalism in healthcare is based on values such as humanism, accountability, altruism and communication.

While providing an intuitive account of morality, virtue ethics often gets criticised for not being ‘action guiding’.

In other words, while it tells us what sort of person we should be in moral terms it can be difficult to apply to specific situations which require us to choose the right action.

Ethical issues can be incredibly difficult to navigate, with there being no clear answer to them.

Having ethical frameworks at our disposal can help us to find solutions to these often-complex issues.

Understanding these frameworks is not only of great benefit on an individual level, helping in our day to day clinical practice, but also on a wider scale, for example in public health.

This article first appeared in Aesthetic Dentistry magazine. You can read the latest issue here.

Tanja Wolf, a dental therapist from Oxfordshire, gives her thoughts after attending the Digital Composite Veneers course in September 2021.…

13hr
|
Aesthetic Dentistry
Dentistry Online uses cookies to give the best experience. If you continue to use our site, we will assume that you agree to the use of such cookies. Read More.
Accept