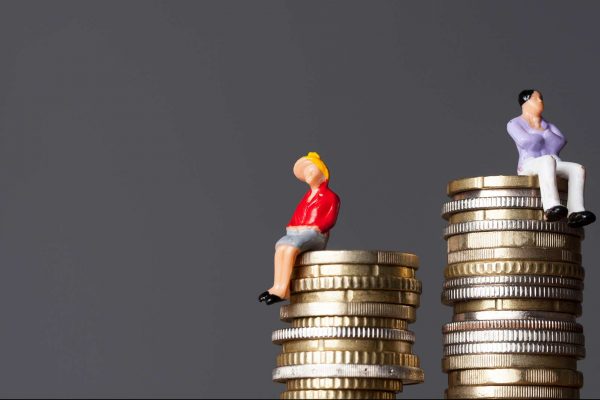 Female dental professionals have spoken out after a recent study found dental practitioners have a gender pay gap of almost 40%.

In a new study, researchers analysed 57 female-dominated roles for which men receive a higher income.

It revealed dental practitioners have the biggest gender pay gap with a 39.3% difference in salaries between women and men.

We hear from three dental professionals to see what they think about the statistics.

Dr Andrea Ubhi is an award-winning dentist and a UK leader in dental implants, cosmetic dentistry and orthodontics. She is also the co-founder of Inspiring Women in Dentistry.

When it comes to inequality in earnings, it’s a fact women work less hours than men. As a result, of course they earn less and, therefore, there is a definite pay gap.

However, there are deeper issues to discuss here.

Men make up a greater percentage of practice principals earning higher salaries than associates. In fact, a mere 19% of principals in the UK  are women.

When we compare NHS and private practice, where private dentistry has greater income potential, men make up a larger percentage of the private market.

The gap continues in specialisms. More men train in areas that are more highly paid – for example, in implantology. Only 5% of global implantologists are women, whereas there are more women in salaried community services than men.

This is a speciality which is paid less and has no private income potential.

However, when female provider-performers work less than 30 hours a week, they earn 16% more than male counterparts working the same number of hours. So women do know how to work smart.

There are complex issues why women work less hours, have careers with less leadership potential and remain in less skilled or lower-paid work. These issues are multi-layered.

One cause of disparity is due to the level of unpaid care work in the home that falls to women. According to King’s College London 2019, women perform 75% of such work globally, dedicating, on average, four hours and 25 minutes daily to it. This is more than three times men’s average of one hour and 23 minutes.

It is not fair that men are expected to work long hours and women are expected to put their careers on the side when couples have a family. Research shows that children need their fathers as much as their mothers and that this positively impacts their educational outcomes.

Women need to choose partners who are truly equals and they need to fearlessly step up in their careers.

Dr Martina Hodgson is an award-winning dentist and practice owner. She is also the co-founder of Inspiring Women in Dentistry.

The glaring difference between dentistry and most other jobs on the list is that the vast majority of dentists are self-employed. So as disappointing as these statistics initially sound, both male and female dentists are very much in control of their own income.

I don’t believe that are male colleagues are discriminating against us – quite the opposite. Never in my 19 year career have I knowingly encountered sexism.

Research has shown that female dentists often earn more per hour than males. Therefore, the difference in salary must logically be put down to the number of hours worked per week.

Sadly, the true cause of gender inequality is most likely to be found in the home. Recent studies have found there are still traditional gender differences in division of responsibilities and time allocation. This means women still take on more of the childcare and household chores than men.

Factor in the lower confidence level in their own ability that we know women have, and it seems that it may well be women are holding themselves back.

Strong female role models, mentors and support networks can play a huge part in releasing the true untapped potential that lies within our profession.

Income in dentistry is generally performance-driven, so could it be that female dentists aren’t performing as well as their male counterparts?

The most obvious explanation is that female dentists may be more likely to work part time to fit around family and childcare commitments.

However, this is by no means the only factor. We need to dig deeper and determine why there are proportionately fewer women in dentistry’s top jobs.

We already know that a higher proportion of dental graduates are female. The real questions we need to ask ourselves are why is it that there are fewer female dentists who go on to enter specialist registers, sit on the board of our numerous professional organisations, become practice owners or enter some of the ‘high risk, high reward’ areas of dentistry such as implant work?

It certainly isn’t because women are less capable, this we know for sure. In order to close the gender pay gap I believe that there needs to be societal changes where women are supported more.

That means encouraging all women to feel empowered and confident enough in their own abilities to fulfil their own potential.

At the same time, there needs to be wider shifts; statistics show that women still undertake a majority of the ‘unpaid work’ in the home.  This leaves less time and resources to invest in the post-graduate education that is necessary to progress in dentistry.

If we address these issues, we can ensure women dentists can hit those same high notes in their careers.

The study was carried out by Resume.io.

Should you pie private dentistry?