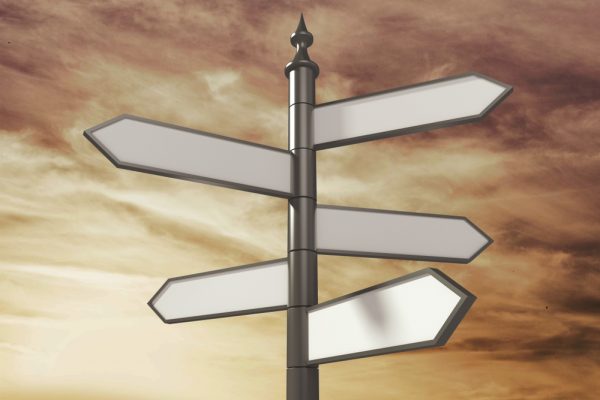 UK dentists get a very early lesson in the kind of autonomy (or more accurately, the lack of it) that awaits them if they commit themselves to a future in the NHS, says Kevin Lewis.

Portsmouth – a large city with a population not far short of 300,000 people – is the latest part of the country where it is not possible for new patients to be accepted by a dental practice for NHS treatment. The previous region attracting unfavourable publicity for similar reasons just a few months ago was the South Lakes area of Cumbria, and, closer to home for me, Lincolnshire has struggled for years to attract, recruit and retain enough dentists and to maintain the existing number of dental practices.

Even the corporates have struggled in some parts of the county. So there is growing reason to believe this is progressively blossoming into a national problem, and one for which the 2006 dental contract and NHS England (which presides over it) is wholly responsible.

The access crisis in Portsmouth was precipitated by the commercial decision of corporate chain Colosseum Dental Group to shut three surgeries simultaneously. This released an estimated 9,000 to 10,000 extra patients into the marketplace in a city already not over-blessed with NHS dentistry provision.

A spokesperson for NHS England first went into denial mode, suggesting that some local practices may well have capacity to take on new NHS patients, but perhaps this is not yet showing up on the official NHS access website. After a reality check this turned into: ‘There are more than 20 dental practices open in the Portsmouth area and patients in nine in 10 dental surgeries will not be affected by these changes.’

That will be the existing patients of those practices presumably? What about the ones we are actually talking about – the ones who want to be accepted for treatment at an NHS practice, but are finding that impossible? Back came the response from NHS England: ‘Support is being offered for people to find alternative care where that’s needed.’

This support apparently took the form of ‘signposting’. (Don’t you just hate this jargon?; it means shrugging your shoulders and gesturing towards something in the distance).

In this instance, the nearest available practices were not in Portsmouth at all, but in other towns sufficiently far into the distance that patients who relied on public transport would face significant logistic obstacles and costs. For patients exempt from paying NHS dental charges, these transport costs could end up being more than they would otherwise have paid for the dentistry itself. As the BDA has pointed out, this hits the less well-off people in society the hardest.

Charles Dickens, who was born in Portsmouth, must have anticipated NHS England’s latest display of dancing on a pin while they were trying to figure out how to blame local dentists and devise a plan to dissipate the heat until the end of July when politicians head for the hills. One of the priceless and amazingly prescient gems described by Dickens in Little Dorrit was the government’s Circumlocution Office.

‘If another Gunpowder Plot had been discovered half an hour before the lighting of the match, nobody would have been justified in saving the parliament until there had been half a score of boards, half a bushel of minutes, several sacks of official memoranda, and a family-vault full of ungrammatical correspondence, on the part of the Circumlocution Office.’

The fact that the Portsmouth crisis has been sparked by a commercial business decision has raised all kinds of further questions. How prepared was NHS England for this? How prepared is it for the same situation arising in other parts of the country where corporates own several practices in the same local area?

The corporates have helped to drive down UDA values in many parts of the country. This is music to the ears of NHS England, so don’t expect too many words of disapprobation from that quarter – an NHS spokesman was quickly making it clear Colosseum had done nothing wrong and had given the required notice of its intentions. I can’t quite imagine this same generosity of spirit being extended if, say, the same three practices were owner-operated, had terminated their NHS practices and gone private.

It’s that time of year when UK dentistry’s version of Blind Date reaches its crescendo, with the new foundation training pairings contemplating their year ahead in each other’s thrall. Infact, it is probably closer to blind man’s buff because of the innocent amusement for all observers when somebody (or in this case, some body) is blissfully unaware of how ridiculous they are being made to look.

It is a curious situation that UK dentists get a very early lesson in the kind of autonomy (or more accurately, the lack of it) that awaits them if they commit themselves to a future in the NHS. National selection and placement for foundation training means dental graduates may enjoy the certainty of a job and a guaranteed level of income in their first year after university – which most of their university peers in other courses no doubt covet.

But they are in the invidious and unusual position of not being in control of where that job will be. Every year, many foundation dentists finish up in a part of the country they would never have chosen to be, and in a practice they would never have chosen for themselves. It is even worse for the trainers and training practices because they are simply told de facto who their next employee will be and some resulting pairings are an accident waiting to happen.

Given the tortuous complexity of UK employment law, and the obligations placed on employers, it would be nice to at least meet an employee before taking them on. You own a business and carry all the risk – yet somebody else will appoint the person who will be treating your patients for the next 12 months, whether they are a good ‘fit’ or not.

If they are good, and popular with patients, there is no certainty they will be able to stay on at the practice at the end of the year, because of the commissioning arrangements. And if, perchance, they are not very good, and/or you lose valuable patients as a result, nobody compensates you for your lost goodwill.

It must surely qualify as the worst computer-dating system that has ever been devised.

It might so easily have been the brainchild of the Circumlocution Office. So many outstanding, enthusiastic and altruistic people who were the beating heart of the old VT schemes, have found themselves outcasts in the new world, and others like them. This is not to say that today’s trainers lack those skills, nor that FDs don’t benefit from the training experience to the same degree.

But I am led to wonder if some of the spark and purity of purpose has been extinguished by the progressive enforced departures from the original dentist-devised, dentist-funded, dentist-owned and dentist-led model.

12hr Dentistry
Dentistry Online uses cookies to give the best experience. If you continue to use our site, we will assume that you agree to the use of such cookies. Read More.
Accept