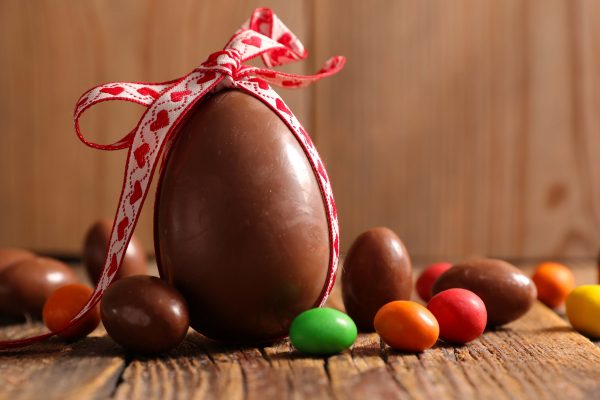 Half (50%) of the UK public have consumed at least one Easter-related chocolate treat already, new research shows.

Despite Easter still being a week away, 23% of adults have bought and consumed one full-sized Easter egg.

The Royal Society for Public Health (RSPH), which undertook the survey, is calling on retailers to curb their early marketing.

‘We recognise that special occasions such as Easter are a time for indulgence and treats,’ Shirley Cramer, CBE, chief executive of RSPH, said.

‘However, it is clear many shops and supermarkets are pushing products way too early.

‘It isn’t uncommon to find Easter eggs on sale in the first week of January.

‘Our research suggests that the public find this mildly irritating.

‘It is just putting unnecessary temptation out there, particularly for children.

‘If supermarkets are serious about tackling the obesity epidemic, we would urge retailers to change their marketing strategies in the interest of the public’s health.’

‘Advertising and selling Easter eggs weeks, and sometimes even months, in advance of the holiday is just another tactic used by industry to encourage people to make unhealthy choices,’ Louise Meincke, head of policy at the World Cancer Research Fund, said to the Telegraph.

‘This is unacceptable during the current global obesity crisis.

‘We want the government to lead the way by implementing policies that make our daily environments healthier.

‘This would help parents give their children the best start in life by reducing their risk of cancer and other health conditions associated with obesity.’

Figures show 27% of UK adults are obese, the highest rates in Western Europe.

Childhood obesity figures show 20% of year six children in the UK are obese, with 4.2% ‘severely obese’.

‘Obesity is a problem that has been decades in the making,’ Steve Brine, Public Health Minister at the time, said in 2018.

‘(It’s a problem) that will take significant effort across government, schools, families and wider society to address.

‘We cannot expect to see a reversal in trends overnight.

‘But we have been clear that we are willing to do whatever it takes to keep children healthy and well in this country.

‘We have already removed tonnes of sugar from children’s diets through the sugar tax.

‘And we announced the second chapter of our childhood obesity strategy with a series of bold plans to halve child obesity by 2030.’