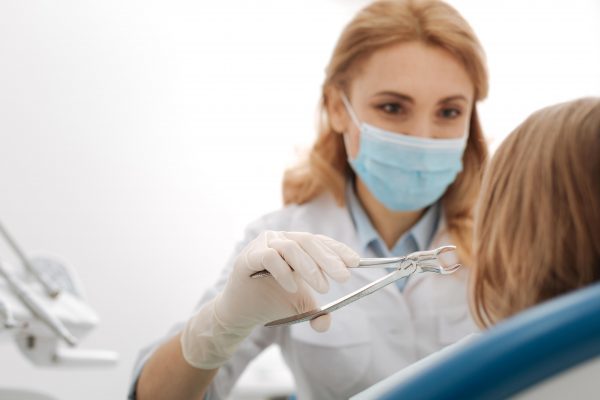 A child in England has a tooth removed in hospital every 10 minutes, research from Public Health England (PHE) shows.

Around 141 children every day have their teeth removed, some as young as a year old, which adds up to 60,000 missed days from school.

These stats come about on the day the Government launches its sugar tax, adding an extra 24p per litre on drinks that contain over 5g of sugar per 100ml.

‘It’s upsetting to see so many children admitted to hospital with tooth decay, but swapping out sugary drinks could be an easy win for busy families,’ Dr Sandra White, dental lead for Public Health England, said.

‘Parents can also help prevent decay by making sure their children’s teeth are brushed twice a day with fluoride toothpaste and reducing how much sugar they’re eating and drinking.’

PHE Change4life campaign is reminding parents that sugary drinks are one of the main sources of sugar in children’s diets.

Consuming too much sugar is one of the main reasons for tooth decay found in children, PHE says.

‘While devolved governments have rolled up their sleeves, authorities in England have chosen to rest on their laurels.

‘The result is an oral health gap that shows no signs of closing.

‘To date not a single child has seen any benefit from the Government’s unfunded and unambitious plans to act on decay.

‘These figures underline the need for concerted national action.’

12sec Oral Health
Dentistry Online uses cookies to give the best experience. If you continue to use our site, we will assume that you agree to the use of such cookies. Read More.
Accept