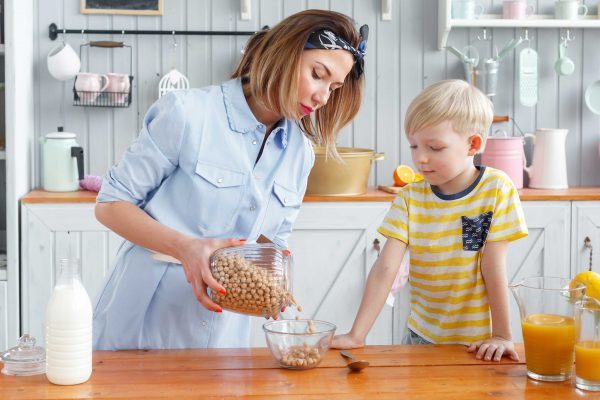 Kellogg UK has announced it will be cutting the sugar content of its three most popular cereals by between 20%-40%.

‘We know we have a responsibility to continuously improve the nutrition of our food,’ Oli Morton, Kellogg UK, managing director, said.

‘We recognise, based on national dietary survey data, that people are eating too much sugar at breakfast and throughout the day and that people need more options, such as organic and vegan.

‘That’s why today we are announcing more changes to our foods so that we can continue to support people in making better choices.’

Kellogg has also announced it will stop making Ricicles from January 2018, in a move it claims to help people make healthier choices.

The people behind Brushlink have claimed that whilst this move has been made due to consumer pressure around childhood obesity, there will be added benefits for the health of children’s teeth.

‘In 2014-15 some 40,970 surgical procedures were carried out on children for their teeth at a cost of £35 million, all to address a health problem which is entirely preventable,’ Dr Dev Patel, founder and CEO of Brushlink, said.

‘Figures released by NHS Digital showed that in the year to this March twice as many children under 10 were admitted to hospital for tooth decay as those treated for broken arms.‘

He added: ‘We welcome this move by Kellogg’s to reduce the amount of sugar in Coco Pops, Rice Krispies and Rice Krispies Multi-Grain Shapes.

‘It is an early and important step towards not just tackling childhood obesity, but improving children’s oral health too.’