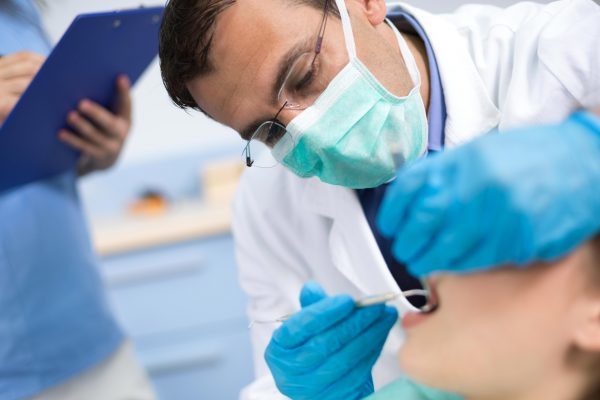 Around 5,300 men are diagnosed with oral cancer every year in the UK, compared with around 2,500 women, the figures show.

‘It’s a real concern that so many men are getting oral cancer and that it’s been on the rise in both men and women,’ Dr Richard Roope, Cancer Research UK’s lead GP, said.

‘But the vast majority of oral cancer cases are preventable, so the good news is that people can cut their risk by quitting smoking and cutting down on alcohol.

‘It’s also vital that everyone knows what their mouth, tongue and gums usually feel like so they can spot anything out of the ordinary.

‘Early diagnosis is absolutely key for the best results, which is why we’re set on helping dentists and GPs catch oral cancer sooner.’

Oral cancer is more prevalent in men at a younger age than other forms of cancer, the study shows.

‘Having referred patients with suspected oral cancers, I know that when it’s diagnosed at an earlier stage the chances are better for successful treatment,’ Nick Stolls, Harleston-based dentist from the British Dental Association, said.

‘So it’s crucial that dentists and GPs know the signs to look out for and that patients bring anything suspicious to their attention as soon as possible.

‘This is why it’s also important for patients to visit their dentist for regular check-ups so that anything out of the ordinary can be picked up and referred quickly.’