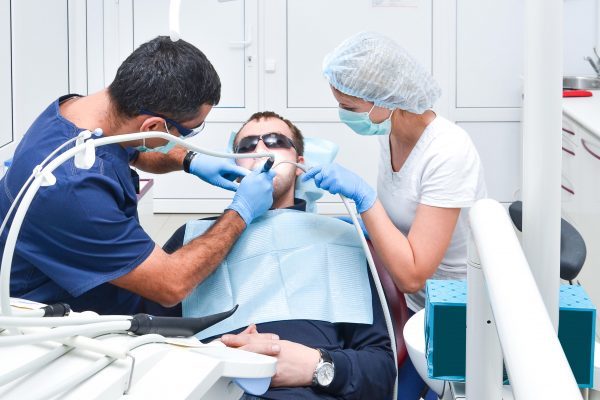 The departing medical director of NHS England, Sir Bruce Keogh, has warned that hospitals are failing to tackle ‘significant safety problems’, which can cause death or disability.

He blamed this on the absence of any central NHS system, which could order changes in medical practice on safety grounds.

Instead, he said there were too many organisations vying for attention rather than one simple system that could issue safety directives.

This rang a bell with me, because the 2006 dental contract tore up the rulebook in effect.

Before then dentists were constrained in what treatments they could offer, what materials they could use, how frequently they could see a patient, with the requirement that they had to make patients dentally fit.

There were incentives, for young dentists especially, to seek out new patients and find work to do, now they are given a quota of UDAs and told to get on with it.

No incentives to take on new patients, let alone see children before their first birthday.

Last week there were a couple of news stories in local newspapers about patients having difficulty ‘registering with an NHS dentist’.

Most, if not all, practices in these areas said they were not taking on new patients, some said they could put them on a waiting list.

But patient registration was also abolished in the 2006 contract, which means that having a waiting list is questionable to say the least.

And in a suggested letter to send to their MP, the BDA advised its members to say: ‘With the current NHS dental contract setting arbitrary quota on the number patients we can treat, only 60% of high street dental practices are currently able to accept new child NHS patients.’

Not sure how true that is – yes there is a quota of treatments (UDAs), but not patients, so there is yet more confusion.

Whether a practice can or should run a fixed list of patients, with a waiting list if they are full to capacity is a grey area.

So back to Professor Keogh – perhaps NHS England should issue a clear ‘directive’ on this matter.

Whether doing so would be compatible with this or the proposed prototype contract is another matter.

701d
|
Blog
Dentistry Online uses cookies to give the best experience. If you continue to use our site, we will assume that you agree to the use of such cookies. Read More.
Accept