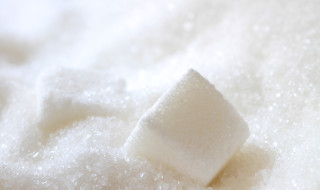 Action on Sugar has called for UK food manufacturers to cut sugar with immediate effect.

Following new research that shows significant differences in levels of sugar is similar everyday food products, Action on Sugar is urging food manufacturers to fall in line with Public Health England’s voluntary reformulation programme to help tackle the health crisis caused by unnecessarily high levels of sugar in our food and drink.

The British Society of Dental Hygiene and Therapy (BSDHT) has given its full support to Action for Sugar, with the aim of halting the alarming number of children having to be admitted to hospital to have their teeth removed under general anaesthetic. The group wants to draw attention to the frequency of which children are consuming sugary foods and drinks in order to drive them towards reducing this and the devastating impact that it has on their dental health.

Michaela ONeill, president of the BSDHT, said: ‘Food manufacturers have to take action straight away to put a stop to the unnecessary suffering that tens of thousands of children face every year due to high levels of sugar in their diets and how often they are consuming them.

‘It is absolutely heartbreaking to see that more than 33,000 children were admitted to hospital last year to have their rotten teeth removed under general anaesthetic.

‘By coming in line with Public Health England’s voluntary reformation programme, food manufacturers have a vital opportunity to do something to help reduce this figure.

‘The government have already failed the public this year in terms of helping to protect their oral health by significantly watering down the long awaited childhood obesity plan announced in August. They have shifted the responsibility onto manufacturers who now have to take action.’

Action on Sugar has discovered that some companies put far less sugar in their products compared to other similar products on the market and believe that the government’s reformulation target of a 20% reduction in sugar can be easily achieved well before 2020 if companies make changes as a result.

The research looked at foods commonly consumed by children, including:

The BSDHT has recognised that reformulation, whereby the sugar and sweetness in products are gradually reduced, is an important measure to help reduce the impact of tooth decay in the UK by making people more aware of how often they are consuming sugary foods and drinks by drawing attention to which products have sugar in.

The group believes the industry now has a limited window of opportunity to prove that the governments voluntary reformulation programme can work or further, more stringent, measures will have to be imposed.