Calls for mandatory dental checks for Calais refugees ruled out 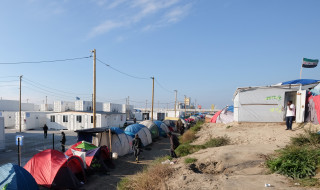 Calls for mandatory dental checks for Calais refugees ruled out

David Davies, Monmouth MP, has called for mandatory dental checks to verify migrant’s ages when coming over from Calais.

The calls for more stringent checks came yesterday after the media accused migrants of appearing older than they had declared, however the Home Office has ruled out unethical and ineffective X-rays to establish refugees’ ages.

Theresa May promised new efforts to support refugees and the Home Office has promised to bring in children aged 14-17 years old from Calais.

‘Dental age assessment is considered to be important as tooth development shows less variability than other developmental features and is largely non-invasive,’ Neel Kothari, news commenter for Dentistry magazine, said.

‘Although tooth eruption occurs at different times for different people, a general eruption timeline exists and this can be used to estimate the age of an individual whilst the teeth are developing.

‘That being said, not all children develop at the same rate and there is a wide range of “normal” erupting patterns amongst children and young adults.

‘This makes it difficult to predictably assess an individual’s age using teeth alone especially once the majority of adult teeth have fully erupted.

‘Accordingly, any predictions made need to be taken with a pinch of salt and caution is needed as children get into their late teens.’

‘Never going to be a silver bullet’

The British Dental Association (BDA) has welcomed the news the Home Office has ruled out using X-rays to establish ages.

The BDA claims it has been engaging with ministers for over a decade, resisting calls to make the practice mainstream.

‘We’re pleased the Home Office has finally ruled out the use of dental X-rays on child asylum seekers,’ Judith Husband, chair of the BDA’s Education, Ethics and the Dental Team Working Group, said.

‘It draws a line under 10 years in which ministers have kept flirting with an eye-catching, but ultimately ineffective, policy.

‘Dental X-rays were never going to be a silver bullet for verifying age.

‘They aren’t cheap, they aren’t simple, and at the end of day they don’t provide definitive results.’