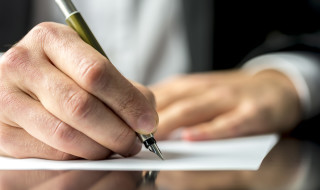 Over a month ago, Dentistry magazine sent an open letter to the regulators of NHS dentistry in England and Wales expressing concerns over inequalities in UDA allocations. Two weeks ago, we received a response…

Dentistry magazine published an open letter in its 1 September issue, sent by editor Julian English and GDP Dr Neel Kothari, to prominent figures involved in the regulation of NHS dentistry in England and Wales.

The letter expressed grave concerns over the inequalities in UDA allocations across the two countries, as uncovered through a Freedom of Information request made by Dentistry – inequalities that, in the magazine’s opinion, result in risks to patient safety and care.

Some weeks later, Dentistry received a response in the form of a joint correspondence from the CQC, the GDC and NHS England. This is the full, unedited response.

Response to the open letter

Re Open letter about UDAs

Thank you for your letter of 31 August sharing with us concerns you have about NHS dentistry, particularly those reflecting the numbers of UDAs commissioned. We apologise for the slight delay in responding.

We use “us” broadly because as you rightly reflect in your copy list, the issues you raise have potential implications across the whole system of dental regulation and cannot be addressed in full by any single part of it.

In that respect, it is a reflection of the underlying reasons for the establishment by the CQC of the Regulation of Dental Services Programme report, and is also why the CQC, GDC and NHS England have agreed this as a joint response to the points you raise.

The volume of UDAs commissioned is a matter for NHS England and their Area Teams based on evidence of need from the dental needs assessment. However, it is clear to the CQC that workload at an individual practitioner level may well impact on how the practice is able to provide care that is “safe”, “caring”, “effective” and “responsive to patients’ needs” – and taking on work that would compromise this would lead us to question how “well-led” they are. These are five key questions the CQC ask on every inspection.

When a dental practice is inspected, the CQC will look at whether the practice is able to provide evidence that cross infection control is adequate and also whether the ability to decontaminate and sterilise instruments is compatible with the workload of the service. The CQC may ask about workload and the throughput of instruments as well as looking at whether there are sufficient appointments to meet the needs of the practice population. They would also look for evidence that there are sufficient instruments and equipment available to support the workload of the practice.

The issue of safe working patterns are not confined to NHS care. The CQC’s methodology covers the five key questions in all practices visited. Your readers may find it useful to consult the CQC’s dental provider handbook for details of how the inspection process operates: http://www.cqc.org.uk/sites/default/files/20150611_dental_care_provider_handbook.pdf

They also produce a series of “mythbusters” that assist inspectors and are available for information at: http://www.cqc.org.uk/content/mythbusters-and-tips-dentists

From the GDC’s point of view, one that is shared by the CQC  and NHS England, the system of regulation needs to do more to focus on preventing harm rather than taking action after the harm has occurred, which is too late and more costly. Doing so will be better for patients, fairer to the profession and more cost-effective.

One implication of this move to prevention is that the partners involved will need to do much more to develop a shared view of risk, one part of which may involve UDAs. It’s important to recognise that large volumes of UDAs are not incontrovertibly an indicator of risk – but they are certainly part of a more complex picture.

That is why we support very strongly the work of the programme board and its natural next step, which is to firmly embed joint work between dental regulators and commissioners in day to day operational co-operation. The CQC is developing plans for a “risk oversight group” comprising the three parties to this response, whose first task will be to map the various datasets we hold individually and use that information to build a much better shared understanding of risk. And again we use the term “shared” in its broadest sense because we see the profession itself as a key partner in helping address those risks.

Safe care is a key component of the system of dental regulation, and we would like to reassure your readers that factors affecting safe and effective care remain a high priority for all of us as we act on behalf of the public.

Dentistry is delighted to have received a joint communiqué from the General Dental Council, Care Quality Commission and NHS England.

The response, the first I’ve ever known from these three government organisations together, shows the main dental QUANGOs are listening and care. The response shows they share the same concerns as the profession over the volume of UDAs delivered by individual providers.

Dentistry’s roving reporter, Dr Neel Kothari, first identified this situation, and was spurred to action after the emergence of the various dental contract disasters, which actually lead to compromise of public safety.

In the letter of response each individual organisation explains its role in safeguarding the public. All three organisations agreed that the current system and any future system needs to do more to focus on preventing harm rather than taking action after it has occurred.

Dentistry has said throughout this campaign that the delivery of large volumes of UDAs does not irrefutably suggest risk. Dentistry also would not like a new dental contract to be rushed or done on the cheap, with draconian measures or excessive box ticking required – simply in order to mitigate the potential risks to the public.

Future contracts will be negotiated locally and local commissioners should have much more flexibility. Let’s hope it’s written into their mandate that they have the powers to control excessive UDA delivery by individuals when they believe it will be potentially to the detriment of patient safety.

In response to a joint letter sent by myself and Dentistry editor Julian English, representatives from the CQC, the GDC and NHS England have unexpectedly formed a coalition and replied to Dentistry magazine.

The coalition repeats much of what was in our original letter, but remain tight lipped and non committal on the crisis facing the dental profession and the public.

Rather painstakingly the authors inform us that future CQC visits will now start looking at workload and throughput of instruments, which on the surface sounds sensible, but as future CQC visits only apply to 10% of practices, this is hardly a deterrent to those who think that it’s acceptable to claim high UDA rates by any means necessary and fails to acknowledge that cross infection measures are only one small part of the risk patients face with a dentist who is committed to churning through extortionate UDA numbers.

The letter quite rightly highlights the benefits of prevention over cure, but doesn’t fully spell out how the authorities are going to achieve this. It fails to recognise that dentists, such as Desmond D’Mello, routinely carried out over 20,000 UDAs individually per year (22,139.75 individually claimed in 2009) and he is not an isolated case. This is wholly outrageous and, given the legitimate concerns raised by Julian and I, this makes me wonder whether our regulators are genuinely unaware of this or are they simply choosing not to properly address this issue?

It’s simply unfathomable that a single dentist can carry out staggeringly high UDA amounts in any legal or ethical manner. This is an absolute insult to hard-working ethically-minded dentists and has worrying implications for patient safety. The regulators are aware of these concerns and their response is shockingly resigned. Can we honestly say that they are holding themselves to the same standards that they expect from their registrants? In my opinion the authorities seem happy to accept a system designed to prioritise access over quality, whilst at the same time blaming dentists when things go wrong – this epitomises having one’s cakes and eating it.

The CQC, NHS England and the GDC can readily take steps to protect the public by simply doing two things. The first is to properly acknowledge that this issue exists and the second is to issue guidance over how the UDA contract ought to be carried out. The CQC is quite right to recognise that cross infection may not be feasible within the workload of the high UDA practice, however where is the guidance? What does it think the minimum standard should be? I mean for crying out loud, the CQC takes a view on the most bizarre parts of running a practice, right down to colour coded mops and the need for date-stamped bags, yet cannot muster up any sort of document to suggest dentists should prioritise quality over access?

It’s surprising that D’Mello was condemned by the GDC for cross infection breaches, despite evidence of actual patient harm. Given the patently clear risks to the public, it seems bizarre that the authorities have adopted a ‘no questions asked’ policy to clinical commissioning and seem willing to turn a blind eye to the D’Mello’s of this world, making a mockery of their apparent epiphany that prevention is better than cure.

In my opinion, the way UDAs have been commissioned is utterly flawed and to admit this publicly is the incontestable first step towards making progress. The issue for NHS England is that to acknowledge this also means admitting culpability. More worryingly, we are now getting a sense of how close the authorities actually are. Working together is certainly part of the solution, but complicity does nothing to protect the public. Our governing bodies exist to protect the public – not each other.

In this sense, I am saddened to conclude that at the time of writing, our regulators are simply not acting under a duty of candour, nor do they seem to have a plan to fix our broken dental system.