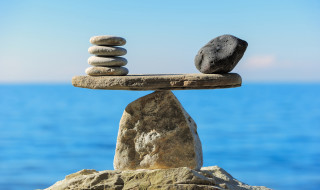 The GDC needs to toe the line if it is to fulfil its aims and stay within its remit, Kevin Lewis says.

Good news comes in many disguises, and tends to secure far fewer headlines than bad news.

How galling it must be for the General Dental Council (GDC), therefore, to emerge from another budget round with no need to increase the annual retention fee (ARF) for 2017, only to be greeted by the sound of silence.

As stories go, I guess it is less compelling and newsworthy than the explosion that occurred this time two years ago when the GDC first proposed a massive ARF increase. The final increase, which was implemented for 2015 may have been slightly less than originally proposed but it was still a landmark moment in the relationship between the UK dental profession and its regulator.

While not in the same league as the recent televised slanging matches across the pond between Trump and Clinton, the strength of feeling and the tone of the language used even in the House of Lords when the Section 60 Order came to be debated there only nine months ago, was unprecedented. Yet the GDC’s response was that Lord Hunt had been badly briefed and had failed to take account of a clear line in the sand created by a number of factors, but not least process changes and the change in the structure and personnel at the time.

Since then Ian Brack has succeeded Evlynne Gilvarry as the CEO and registrar, and there have been other significant changes in personnel and approach.

The GDC’s mantra of ‘that was then and this is now’ is convenient, and also partly justified. But it has been the mantra for too long, drawn like a magician’s cloak over anything that needs to disappear.

Just as the GDC expressed itself as having been taken by surprise when the number of ‘complaints’ reaching its door escalated rapidly between 2010 and 2014 (and this was used as the justification for the ARF increase proposals), the tide appears to have gone out if the latest figures are anything to go by.

The GDC had the luxury of being able to plan its 2017 budget against a background of less incoming fire and more cases being disposed of at the earlier stages of the fitness to practise (FtP) procedures. It is true that much of the money is spent on relatively few complex cases at the hearing stage but even here, there is much to improve and courts would not allow the kind of process inefficiencies that still plague the GDC and waste money.

At the time (2014) the GDC argued that both the spiralling legal costs at the sharp end, and the volume of incoming traffic at the front end was entirely outside its control.

It did, however, have some levers to pull in terms of directing that incoming traffic and one of them was to encourage NHS Trusts and other such bodies to do their own performance management at their own expense rather than burdening the FtP procedures without proper justification.

Another was to ensure that other complaints mechanisms were being used and exhausted before rushing to use the heavy stick of the GDC – and here a well-intentioned but clumsily executed advertising campaign to raise public awareness of the Dental Complaints Service in the summer of 2014 was a spectacular own goal.

The GDC can and should take credit for sensible changes at the front end of the FtP process. In 2014 the GDC was misleadingly describing every piece of information it received as a ‘complaint’; it is helpful that a distinction is now being drawn between genuine complaints that might genuinely be suggestive of a registrant’s impaired fitness to practise, and other forms of feedback and information that need not and should not concern the GDC.

It is too early to form a view on the latest of the other changes, which were facilitated by the Section 60 Order passed earlier this year, but a refreshing return of a sense of proportionality is detectable in the autumn air.

As the following extract illustrates, Bill Moyes’s latest blog is very different in its tone from the infamous 2014 Pendlebury Address to the FGDP(UK), which had set so many hares running. The GDC chair describes three areas of strategic focus for the GDC in 2017 and beyond in these terms: ‘1. How we can improve the work we do to prevent harm from occurring. This will include improving how we promote our standards and communicate learning from our fitness to practise cases

‘2. How we can ensure the most appropriate body deals with feedback, issues and complaints about dental care. This starts with the dental practice, expands into the NHS and may involve some mediation support

‘3. How we can ensure that the GDC is only deploying its very serious investigatory and prosecuting powers when absolutely necessary – but making sure that for issues that fall short of that test there are suitable alternative mechanisms to ensure patients are not left with nowhere to go.’

I can sense and almost hear the nervousness further down Wimpole Street at BDA HQ because of its well-articulated perception that the GDC might be a little too ready to undertake ‘off piste’ excursions beyond the scope of its statutory remit.

These are challenging times for healthcare regulators, and not least the GDC, which is understandably keen to portray itself as a cutting edge, leading and innovating healthcare regulator. There is a lot that the GDC can do to facilitate the achievement of the admirable objectives outlined, but it will be a question of fine balance to stay on the right side of the line.

Patient safety and championing the cause of consumers are not the sole preserve of the GDC and it is therefore encouraging and reassuring that Bill Moyes’s blog ends with the words: ‘We need help with this work’ coupled with a statement of intent to work closely with stakeholders of all kinds.

This may not sound like big news, but it is certainly good news and well worth noting.