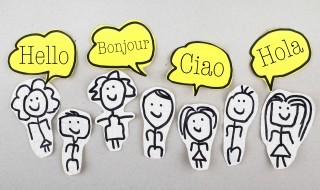 Patient safety is being put at risk because testing of the clinical English language skills of dentists, doctors and nurses from the European Economic Area (EEA) is insufficient due to EU rules, according to the Royal College of Surgeons (RCS).

It believes the government should use post-Brexit negotiations to rectify the situation.

Professor Nigel Hunt, dean of the Faculty of Dental Surgery at the Royal College of Surgeons, said: ‘Currently EU law makes it impossible to insist applicants demonstrate their English skills in a clinical setting. However post-Brexit negotiations offer an excellent opportunity to change this and ensure that testing is vigorous enough to ensure patient safety.’

Changes in 2014 mean regulators can now ask, but not systematically test, EEA applicants to demonstrate their everyday English language skills and some of these statistics may be the result of a ‘historical hangover’ from professionals who started practising before these new rules were introduced.

However, a briefing paper from the Faculty of Dental Surgery (FDS) at the RCS warns that EU law still prevents regulators from systematically testing EEA applicants’ language skills in a clinical setting including medical terms, ensuring consent, describing a procedure and possible side-effects. This is because regulators are not allowed to put requirements on EU health professionals over and above what UK professionals must achieve. The faculty would like to see the UK government ensure any post-Brexit negotiations with the EU permit the UK flexibility to assess EEA applicants’ language skills in the same way as non-EEA applicants.

Professor Nigel Hunt continued: ‘The NHS would struggle to provide care in hospitals, clinics and dental practices without the very skilled doctors, dentists, and nurses that come from both the EU and non-EU countries – it’s absolutely vital that the government finds ways to ensure they can remain working in the NHS post-Brexit. That said, it’s unquestionable that such staff should be able to communicate clearly with patients in English about their clinical problems, illnesses and treatment.

‘While the professional regulators are able to require proof of the clinical language skills of non-EU applicants, the same checks do not apply to EEA applicants and our fear is that this could be putting patients at risk. We want the same rules to apply to all non-UK professionals, regardless of where in the world they come from.’

Conforming to the standard

The most common means for applicants to demonstrate general English language proficiency is through the widely recognised International English Language Testing System (IELTS).

While the UK remains in the EU or in the event the rules still apply, the FDS believes the regulators should find ways to encourage applicants to demonstrate their clinical language skill voluntarily. It also thinks that the regulators should not be setting different standards for different healthcare professionals – the GDC and NMC currently accept lower scores on the IELTS than the GMC. The FDS would like to see the GDC and NMC conform to the standard required by the GMC.

‘It is also disappointing that the General Dental Council (GDC) and Nursing and Midwifery Council (NMC) do not match the General Medical Council’s (GMC) requirements on assessing EEA professionals’ general language skills. At the very least, we would like to see all regulators copy the GMC’s lead,’ said Professor Nigel Hunt.

The FDS is currently developing its own test of clinical communication skills that dentists could take to prove their proficiency.