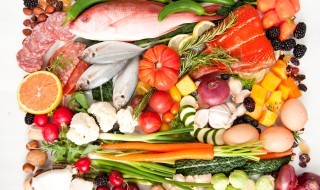 New research has found that an anti-inflammatory diet could help those with periodontal disease.

‘Examining the literature, several dietary recommendations for benefiting the health of periodontal tissues can be found, such as a reduction in carbohydrates, and an additional intake of omega-3 fatty acids, vitamin C, vitamin D, antioxidants, and fibre,’ the authors wrote. ‘Despite these very promising findings, there is a substantial lack of dietary-interventional studies in controlled randomised settings.’

Lead author Dr Johan Wölber and University of Freiburg colleagues wanted to design a pilot study evaluating the relationship between an anti-inflammatory diet and periodontal health that could be repeated and built upon to increase the number of randomised, controlled trials.

The researchers focused on reducing an excessive intake of carbohydrates, which have been shown to lead to chronic inflammatory disease. Participants were also asked to increase their intake of omega-3 fatty acids, vitamins C and D, and antioxidants.

Participants were at least 18-years-old, had gingivitis, and ate a carbohydrate-rich diet. People who smoked, used antibiotics, or had carbohydrate- or insulin-related diseases, such as diabetes, were excluded from the study.

Of the 15 participants, 10 went on a low-carbohydrate, anti-inflammatory diet for six weeks, and five continued with their typical diet for six weeks. The six weeks consisted as a two-week adjustment period and four-week observation period.

Apart from not using interdental cleaners, participants were advised not to change their oral health routines throughout the study period.

After the four observational weeks, the experimental group showed significantly reduced gingival and periodontal inflammation compared with the group who did not change their diet. Specifically, reducing carbohydrates led to a significant improvement in gingival index, bleeding on probing, and periodontal inflamed surface area. In addition, increasing omega-3 fatty acids and fibres improved plaque index.