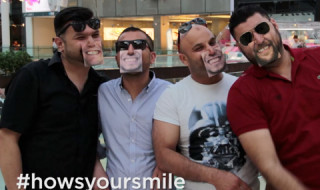 The European Federation of Periodontology (EFP) is delighted to report an excellent level of activity across Europe in support of its European Day of Periodontology on 12 May 2016 – designed to raise awareness of the importance of gum health and its links with other systemic diseases such as diabetes and cardiovascular health.

Supported by 21 national perio societies, the ‘Healthy gums for a better life’ initiative has exceeded expectations by reaching many millions of people, not just in Europe but across the world.

The EFP-affiliated societies used a mix of activities including TV and radio interviews, public events, advertising, free screening, literature and social media. Although this is the third year that the campaign has been run, it has been adopted more widely and extensively this year with many societies reporting a marked increase in the level of public engagement.

The British perio society is already looking to 2017 and planning its next initiative to capitalise on this effort.

The Spanish perio society created a coalition called ‘Alliance for perio and general health’ together with the Spanish scientific societies of cardiology, diabetes and general health practitioners. This partnership aims to promote gum health within a framework of general health. A press conference held during the national annual perio conference SEPA València 2016 helped to create interest and awareness of this work.

The Lithuanian perio society used the medium of national TV in a series of interviews to get their message across. The Belgian perio society organised for 200 participating dentists to run a free screening day which was highlighted on national TV. It also created an educational website in both French and Dutch for dentists and patients.

The EFP supported its affiliated societies with press releases, strategic guidance, and printed materials specifically for the campaign. It is too early to announce figures on the number of people touched by this campaign as many activities are still running but it is true to say that it runs into several million across the globe.

‘We are looking forward to seeing the full results of the combined European activities and eagerly await news of what is planned for next year,’ commented Juan Blanco, the EFP president.