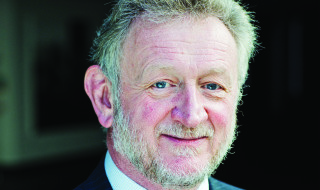 Stuart Johnston has been announced as the 130th president of the British Dental Association (BDA) at the BDA Conference.

He has been a GDP for over 40 years and has represented the BDA at various levels, including as chair of the working group on tooth whitening at the Council of European Dentists and as a representative body on the Principal Executive Committee.

‘When I qualified I took the decision to get involved in dental politics,’ Stuart Johnston said at his inauguration.

‘It gave me the chance to see the latest developments facing this profession, and to influence them before they became a reality.

‘I have taken huge personal satisfaction from contributing to the well-being of my chosen profession, and it’s my honour to continue in that role as president.

‘Stress in dental surgeries is at record levels.

‘For all those working under the cosh of the UDA, or at the mercy of overweening regulators, that pressure is not letting up.

‘Others see the rise of litigation forcing them to be ever more defensive at the chairside.

‘These problems won’t be solved by the armchair generals or the shoulder shruggers.

‘BDA members will be at the forefront of needed change, and I am determined to be their best possible advocate, and for every dentist across the UK.’