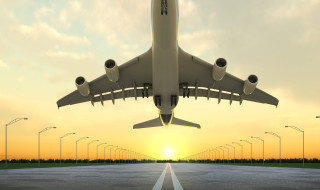 I sense that this column is going to irritate some people. Look away if you are a proud descendant of, or in any way related to, a train driver.

Those of you who know me well will be aware that I am an assiduous disciple of Edward de Bono, a medic who morphed into a talented teacher, best-selling author, Nobel Prize nominee and polymath, and who as a 30-year-old famously introduced the world to the concept of lateral thinking. Ever the master of the compelling analogy, de Bono once described different perspectives on opportunities and how they are viewed by different people.

He contrasted the relatively limited range of decisions faced by a train driver, to the needs of the farmer or fisherman. All the decisions regarding their destination, which route to take, whether to stop or go, speed up or slow down, were taken off the train driver’s shoulders. The farmer and the fisherman had more of their own decisions to make and needed to be much more strategic in their approach.

We hear stories of the heroic acts of lorry drivers or other motorists swerving to avoid a collision, or braking expertly in wet weather. We marvelled at the expertise and coolness under pressure of Captain Chesley B Sullenberger III (and his first officer), who, with no engines, landed an A320 Airbus passenger plane on the Hudson River.

But you hear fewer stories about train drivers swerving to avoid a collision or taking a detour into the car park because another train was occupying the platform.

There are good reasons why an ordinary driving licence is not enough to allow you to take the wheel of a heavy goods vehicle. And why the training pathway for commercial airline pilots is ever so slightly different from the handful of lessons that one takes while on ‘L’ plates ahead of your driving test.

You may well ask where all this rambling is leading. My point is that you can learn to drive a car, a train or a light aircraft, quicker than you can obtain a dental degree. The entry qualifications for an undergraduate dental degree are certainly higher, and the general plan is to spend the next four of five years converting examination-passers into competent professionals who can be let loose on the general public as autonomous ‘safe starters’ in independent clinical practice. Sullenberger was still a teenager when he obtained his first pilots licence, only obtaining a degree some years after that.

We have come a long way since the days when an interview for acceptance into a dental school would include a manual dexterity/aptitude test. The idea of tossing some kind of Chinese puzzle or pegboard test across the desk seems faintly ridiculous now, when incredibly bright educationalists have determined that a semblance of manual dexterity is the last thing you need for a career in dentistry these days. You’ll never need it, so why test for it?

By extension, it has been decreed that dentistry has changed and there is no longer any need for endless repetition of technical manual procedures, and the volume targets historically associated with them. If you know the theory of what you are trying to achieve, then it is assumed that it will all come right on the night – even if that night arrives long after you have graduated. Picture the look of unbridled astonishment on the faces of the members of a professional conduct committee at the GDC when they hear that the dentist before them had never actually completed a molar root canal treatment before graduating, nor indeed waved an endodontic file at anything other than a single root canal. The dentist in question had, on the other hand, observed other people carrying out endodontics and had even participated in an ‘endoshare’, whereby different students took responsibility for cleaning and obturating different root canals of the same tooth and took turns in observing their fellow students.

The unarguable fact is that a graduating student today has much less hands-on experience of clinical dentistry under their belt than would have been the case a generation ago. It may be three or more years after graduation before they would have carried out a similar number and range of procedures to that of a final year or graduating student 20 or 30 years ago.

No matter how many times you read Standards for the Dental Team – which achieves similar results while having fewer side effects than Hypnovel – you will not solve the conundrum of why this bestseller is so strangely silent on the issue of being able to drive an air-rotor safely and successfully.

Contrast what happened on the Hudson River. I am not suggesting that Sullenberger had ever landed a plane on the Hudson River until he was forced to do it for real that bitterly cold afternoon seven and a half years ago. But I am suggesting that he had spent many long hours in simulators preparing himself for a situation like this. Crucially, he was not left to decide for himself whether or not he was properly trained and competent.

We have turned a collective blind eye to dentists who are simply not very good at clinical dentistry. Perhaps they never were, and everyone hoped and assumed that this would miraculously fix itself once he/she had a few years of experience under their belt. To add insult to injury, even the token occasional patient examinations by the Dental Reference Service (as it once was) were discontinued when someone decided they were neither necessary nor cost effective. Yet they still exist in a similar form in both Scotland and Northern Ireland.

A regiment of people can now come line dancing through your practice checking signage, documentation and certificates that didn’t even exist 10  or 15 years ago. They can ask you to produce your safeguarding and data security protocols and ask staff members about them. But amidst all this, nobody at all is checking the technical quality of the clinical dentistry.

You won’t get through five years without someone wanting to see your complaints log and pressure vessel certification, but you can get through an entire career without third party checks that you can actually do the day job – unless of course somebody complains. Yet the likes of Chesley Sullenberger III and his colleagues are subject to regular performance assessments by ‘check pilots’ whether or not there are grounds for concern. These checks continue throughout their career .

The Hudson River story comes full circle because Sullenberger’s father was a dentist. His passengers will forever be grateful that Chesley didn’t follow his father into the dental profession – but somehow the rest of us are the poorer for that, don’t you think?