NHS dental contract – what are the problems? 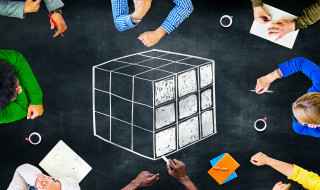 NHS dental contract – what are the problems?

I shall be at the BDA Conference in Manchester this week and on Friday it is to be addressed by Health Minister Alistair Burt MP.

Recently he has had to answer questions from MPs on why their constituents are unable to access NHS dentistry.

Lord Colwyn also raised the matter last week in the House of Lords.

He said that there were still many areas of the country where access to a dentist remains ‘a significant challenge’.

He added that there was anecdotal evidence of constituencies ‘where not a single practice accepts new NHS patients’.

Lord Colwyn said that this was largely due to the current dental contract, which put a cap on how many patients each dentist can see in a year.

A Yorkshire Conservative MP, Philip Davies, has also highlighted the struggles of finding an NHS dentist, saying it was ‘wrong’ that people should have to pay for private treatment.

He added: ‘A number of my constituents are unable to access an NHS dentist and I will keep demanding that the government ensures there is enough capacity.’

Access, or lack of, is not the problem it was in the years before the 2006 contract started, when a picture of people queuing in Scarborough to sign up with a dentist, sent a shiver down ministers’ spines.

They also faced a barrage of questions from disgruntled MPs.

The Department of Health was determined that the new contract should improve access.

Increasing the number of dentists by enlarging dental school intake and encouraging immigration was tried, but took time and was expensive.

But some bright spark reckoned that it would be easier and cheaper if they could persuade dentists to see more patients, using the findings of NICE that the time between dental examinations could be lengthened and new patients could fill up the spaces.

They saw the existing system of registration and continuing care/capitation payments as being the root of the problem.

Dentists had built up a list of patients who attended regularly, kept their appointments and paid their charges.

This made good business sense for them and made sense professionally, but it didn’t help those patients who weren’t on the list of any dentist and these were the ones who were writing to their MPs and the local paper.

So the idea was to abolish regulation, remind dentists of the NICE guidelines that said you didn’t need to recall fit patients every six months and write in a regulation saying that you could only refuse to see a patient if you had ‘reasonable grounds’ for doing so, (schedule three, part one, paragraph 1(4), if you are interested).

NICE guidelines were advice not mandatory, dentists could maintain their own practice lists and it was accepted that if you were working to capacity this represented ‘reasonable grounds’ for not taking on new patients.

Add to that the abolition of the requirement to make a patient dentally fit at each course of treatment and the ban on treating patients within a six-month period and that was a recipe for seeing them more, not less frequently.

The consequence is that, as a percentage of the population, we are seeing no more patients than in 2006, 30% of children are not regular attenders and many are not seen before the age of five, and still people complain that they cannot see a dentist under the NHS.

From his replies to questions, the Minister sets great store by the piloting of prototype contracts, but unless the weaknesses of the existing system from the commissioning point of view are addressed, a new contract will not show any improvement.