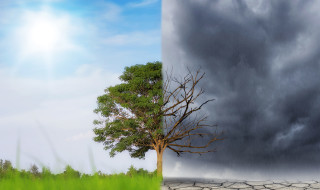 It is not the UDA system that needs changing, Michael Watson believes.

On the 10th anniversary of the introduction of the UDA contract, the British Dental Association (BDA) issued a press release about a survey of its members showing that NHS dentistry is failing patients.

The question that has to be asked is whether the fault lies in the contract or in the ways that dentists work.

Certainly BDA members believe it is the contract that is to blame for the ills of the service.

Over 80% of members totally disagreed with the concept that a ‘contract focusing primarily on activity measures’ (like the UDA) ‘is the right way to deliver dental care’.

What 81.5% of them would support is ‘a reformed contract that put more focus on preventive work’.

In an accompanying letter to the Prime Minister (which one of his staff will forward on to the Department of Health without Cameron ever seeing it), the BDA says that ‘any successor to this failed contract has to make a definitive break with discredited activity targets and link as much payment as possible to preventive care.’

The wish for a prevention-based contract has been a feature of every report since 1981, when the Dental Strategy Review Group identified ‘the failure to prevent avoidable disease’ as one of the shortcomings in the dental service.

Thirty five years is a long time and may well be before some of you reading this were born.

For those who qualified in 1981 and are now approaching their 60th birthday, it is a whole professional lifetime.

In all this time there have been numerous reports and pilot schemes, up to the latest, the prototypes, all of which have ended in failure.

Many have seen, and still see, capitation as the answer, but when it was introduced from 1990-2006 there was little, if any, improvement in the oral health of children.

My view is that you cannot impose good practice through a contract, nor can a contract guarantee preventive practice.

In its consultation on the prototype contracts, the Department of Health said that the UDA system can give an incentive to over-treat dentists’ existing patient base.

It also said that the system ‘was not an ideal fit’ with a preventive approach.

The bottom line is that dentists have a wide flexibility about what they do for a UDA, which patients are seen and which member of the dental team sees them.

It is down to the dentists and their teams to use the system to provide a good preventive service for their patients.

Join Louis Mackenzie as he discusses resin-bonded bridgework during a free webinar this Thursday on the 13 May at 19:00.…